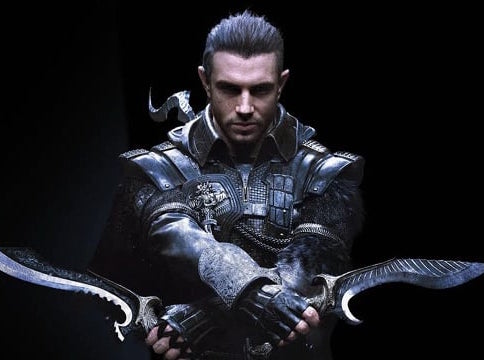 So, I finally got around to watching Final Fantasy XV: Kingsglaive. While it’s not one of the greatest films ever made (though certainly better than previous attempts to make Final Fantasy films), going in to it with the expectation that it was a two-hour cut scene, setting up events for the game that will be released later this year, actually left a really good impression on me. Why? Because, finally, Final Fantasy XV feels like Final Fantasy.

From the previous demos of Final Fantasy XV, we got a sense for how the game would play, and as I’ve written in the past, I came away from that quite impressed with how things were shaping up. What we’ve never really had a sense of is the actual narrative, which, for me, is utterly critical to the experience of a Final Fantasy game.

The snippets that we’d been given from media events and the like were teasers, but something I’d noticed with increasing concern was how little it seemed to resemble the Final Fantasy plots that I’d grown to love. The epic scope typical of a Final Fantasy game, and the typical themes around the tensions between the natural and unnatural, or the sense of spirituality that is common to so many Final Fantasy games, seemed to have been replaced by a personal story of four youths, more like Stand by Me than Final Fantasy. And sure there were chocobos, but otherwise the massive open world that we were being told would occupy a lot of our time looked quite nondescript; fantastic monsters aside, it looked like we might as well be playing a game in the real world than the “fantasy” that the Final Fantasy games are meant to have; it’s right in their very titles.

But then I watched Kingsglaive, and suddenly I had context that made me realise that Final Fantasy XV is, more likely than not, hiding a very traditional Final Fantasy game under that exterior. Now my only concern is whether people are going to come to this game expecting yet another open world blockbuster game, only to discover (and be disappointed by) the fact that it’s actually going to be something very different (hello, No Man’s Sky).

At the core of Kingsglaive, there is the battle between the good guys and noble king who wield the power of the crystal (which gives them magic), and the bad guys, packing armour that looks like it has been pulled directly from Final Fantasy XII, and their might is backed by the Magitech technology.

If that basic plot line sounds eerily similar to the kind of hijinks that everyone got up to in Final Fantasy VI, then the many references back to that game that the film makes will seal the deal in your mind. One of the monsters that shows up is a dead ringer for Ultros, one of the iconic FFVI enemies. One of the bad guys is just “quirky” enough that you can imagine him having a Kefkaian break at some point and doing something really messed up.

And, based on the battle scenes, if the film is a proof-of-concept for how the game developers were visualising battles working once players had built their heroes up into something competent, then FFXV will take after Final Fantasy Type-0, which is a good thing, because for all the action, that game turned out to be a very traditional Final Fantasy itself (and would make sense, as both games share the same director).

There’s some nice tricks in the film that reference back to Final Fantasy heritage in other ways, too. There’s no Moogles or Chocobos, but the classical musical intro is woven into one particular scene, which also happens to offer the kind of visual spectacle that we’ve come to expect from Final Fantasy. Architectural design is also improbable and majestic, as fans of the Final Fantasy series will find immediately familiar. Themes around sacrifice and duty are present and correct. 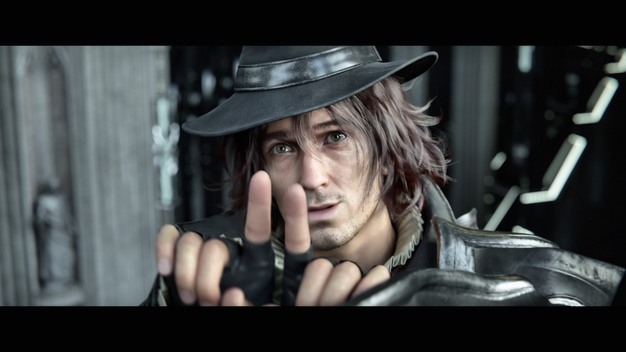 Even the acting and writing have that vintage Final Fantasy quality to them; an X-factor for some, and for others, more interested in the hyper-realism that modern western open world games go for, might find it intolerable. As I said, if the Final Fantasy XV game follows what this movie has set up, then it represents Square Enix building a lot of smoke-and-mirrors trickery to make the game look like something it’s not. At its core, FFXV looks like it will have a very classical JRPG heart beat to it.

That’s a risk for Square Enix to be undertaking. There’s a real risk that this game is going to prove to be too “Japanese” for the mainstream’s tastes, and as we all know that’s going to result in an automatic deduction to game review scores and a whole bunch of people complaining on Twitter. But I came out of that film relieved. Now I’m allowing myself to get excited for Final Fantasy XV’s most critical feature, its narrative, because now I’m confident that the game is going to remain true to the series.