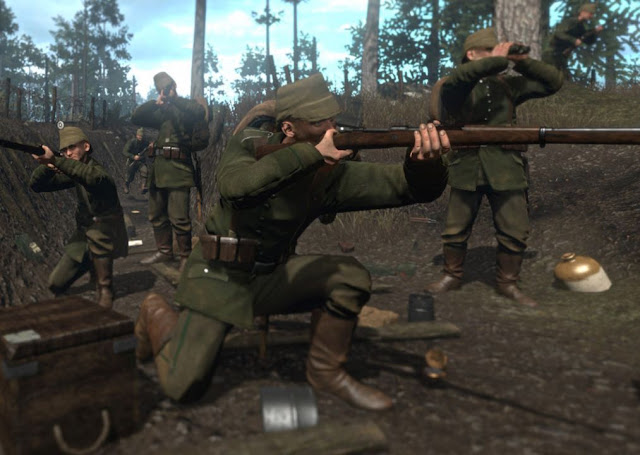 Take a time to imagine when the First Person Shooter genre weren’t the titanic please-everybody genre that it is today, and it might be easier to visualise how Verdun fits into the grand scheme of things. A hardcore World War One trench based shooter; Verdun racked up a small but devoted fanbase on PC in 2015 for its expansive multiplayer matches and deep strategic options. Now seeing release on consoles, does this indie FPS have what it takes to contend with its new environment?

When it set out to create Verdun, Blackmill Games didn’t stop at wanting to create a World War I themed game. This game was going to capture the real feeling of being in the trenches: the tension and fear of knowing the enemy were making an attack, the rushing adrenaline as your squad gets ordered to go over the top, the beat your heart skips after killing an enemy only to notice you’re out of position. There are experiences found in Verdun which I would argue aren’t remotely available in any big name FPS, and that’s thanks to the hard work from the developers to make this game authentic, as well as to differentiate it from all the other games on offer. Of course, this approach to development also creates its fair share of problems which is going to limit the player base. The closest call for comparison would probably be the Red Orchestra series of games – marvellously deep, almost universally acclaimed and yet there are serious fans of FPS games who will readily admit that Red Orchestra is “not for them”.

The first thing you’ll notice even before you start playing is the attention to detail. There are so many different squads to choose from in Verdun, with different countries and ranks being represented. Each of these squads has four different roles and the developers intend for a group of four players to work together in that squad, and for squads to then work together as part of a bigger team to muster up pushes and defences. Each of the squad members have a different loadout, with each being a historically accurate gun and the numbers being tweaked so that the in game tactics would have reflected the real world tactics of that class of soldier. The whole setup is very impressive, but it’s also a dauntingly large amount of information to take in for a new player. 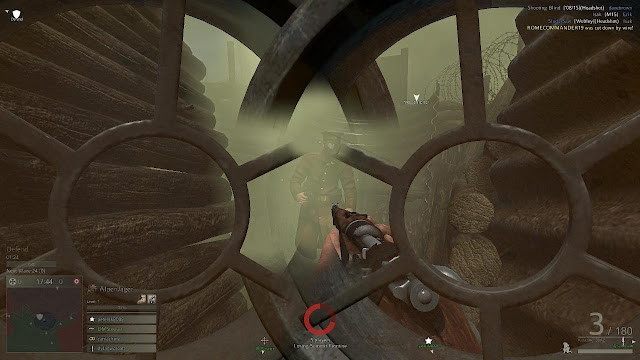 For someone accustomed to the basic FPS sensibilities, it’ll be hard to figure out the best way to go about at first. Most guns are bolt action and hold around five bullets per cartridge, and will have issues with latches occasionally. It’s almost as if returning to World War 1 era weaponry allows for more choice, because each gun has strengths and weaknesses pertinent enough that you’ll have to adapt your play style to each one. That being said, we’re also working with realistic human capabilities here and this is before the advent of body armor: getting shot with nearly any gun on nearly any part of your body means certain death. Not just that, there will also be death by artillery, death by poison gas and (as I embarrassingly learned firsthand) death by barbed wire entanglement. With death at every turn, the game becomes a slow and methodical one, focusing on tactical movements rather than instinct and reflexes.

Verdun also offers a perk system on top of the basic gameplay to allow teams to get an edge over each other. The aforementioned artillery and poison gas can be deployed through your command to help your pushes or defences. They’re unlocked based on your performance in the previous round, allowing players to get some more strategic advantage over their opponents. On top of that, each squad member also has some abilities available to them, most notable of which is the leader who has a range of influence that boosts the performance of  nearby teammates. This is a game where tactics and positioning really matter, and the best experience comes out of planning your offensive push with your team. Long term players can also benefit from a levelling system to permanently unlock additional loadouts. That’s where the issues with Verdun on PS4 start to arise, as well, since the best gameplay you’ll get out of this title involves working with some dedicated teammates.

There are four main gameplay modes, only one of which is available offline. Assault is the game’s flagship mode – it’s a 16 on 16 recreation of trench warfare, taking place on one of the game’s numerous maps. Teams take turns to push and defend in certain time frames: if one team attains dominance before the time is up, they gain that territory and the enemy must retreat back a few metres. If the push fails, the aggressors need to run back to safe territory, at which point the opposing team can pick off any retreaters and make a push of their own. It’s a tense, stressful game mode that can lead to a lot of stalemates, accurately recreating some of the harsh conditions on the Western Front. 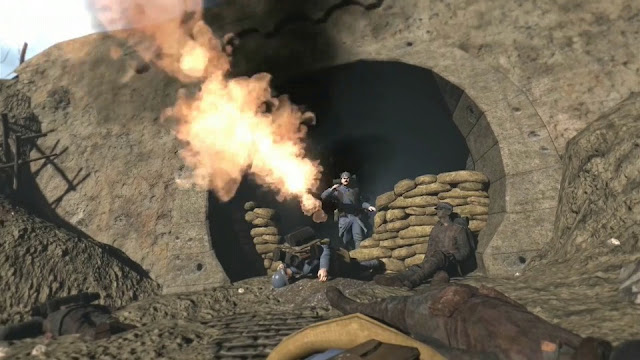 The other modes aren’t too much to write home about: Team and Free-for-all deathmatch, and a team based Squad Defence mode which pits a team of four against an onslaught of AI soldiers. This is the offline mode, but Verdun doesn’t offer any local multiplayer so those without PSPlus will only have the option to shoot AI enemies by themselves. I understand that single player isn’t the top priority for the developers, but this means that all Blackmill Games’ hard work is limited to when players can get a full game going.

For all its positives, I worry that Verdun might have trouble finding its audience on the PS4. The strengths of the game rely on team cooperation, which is harder to achieve on consoles where not everyone is going to have a microphone. On top of that, I worry about the install base of the game since the dedicated fans of Verdun are likely to keep playing it on PC. There’s no tutorial mode and there’s only so much you can learn from the offline Squad Defence, so new players will likely lose interest with only a select few learning to play well enough to have a vested interest in the multiplayer. Add to this the imminent release of Battlefield One, a bigger budget and more accessible WWI FPS, and I worry that the quality of Verdun might be lost on some players. If you intend to commit to learning this game, it would be best to do so with a few friends to form a squad together.

The port also has some issues of its own, with graphical capabilities not quite matching up with its PC counterpart. Smoke and gas are the real culprits here, appearing much more opaque than the PC version to the point that fighting inside either is a pointless effort. The draw distance is still thankfully enormous, but I can notice little concessions made to the character models here and there. Related reading: Of course, as far as shooters go, it’s really hard to look past Overwatch. Even Matt likes that one. Our full review.

For all it’s worth, Verdun is a fantastically developed game with a firm grounding in history, from developers who clearly love their subject material. It’s also quite a tough game to recommend. Not only is the lack of tutorial and unfamiliar gameplay going to scare off casual FPS fans, but the nature of the game as a large scale multiplayer experience will mean there’s not much point in playing if you can’t get a proper 16vs16 match going. If you like the idea of a historically accurate, hardcore WWI FPS, Verdun is going to be right up your alley. I’m just not sure if the PS4 port will be the best way to experience it.

DDNet in Japan 2016 #4: How to escape Tokyo for the weekend; visit Hakone