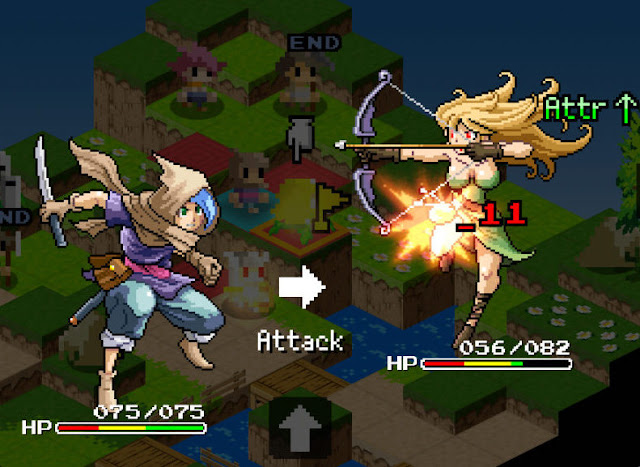 Every Olympics brings us a string of athletics games that seek to capitalise on the temporary global popularity of track and field, swimming, and other such events. Some are officially licensed, others are parasites. Stickman Super Athletics is a parasite.

In fairness to the game it is mechanically far more interesting than most offical Olympics sports games have been. Most games are simply button mashing exercises, where he or she who mashes down on the “run” button the fastest and most frequently gets to enjoy the sweet, sweet taste of virtual victory. But Stickman Super Athletics is more like a rhythm game, requiring that you tap on icons in time with the event’s rhythm, and a good result requiring you make that tap as close to the ideal time as possible. 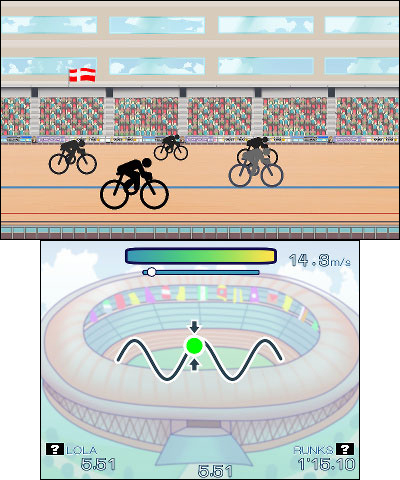 It’s a really, really good system, rewarding precision and practise far more than other athletics games do. Suddenly getting a world record time actually feels like you’ve achieved something, because this system requires skill.

There’s online leaderboards too, which is utterly essential for a game like this. Unfortunately, too-simple presentation, an absence of personality, and just seven events also means there’s next to no long-term value to this. You’ll be done with it in about the time it takes for an Olympic event to finish, so it’s up to you whether you consider that’s worth a couple of dollars or not.

I wasn’t actually sure if this was a real sport or not when I started playing. I mean, I know frisbees exist but I wasn’t sure if there was a formally organised game that involved people trying to hurl a frisbee past an opponent on a beach volleyball-sized court to try and get points from some goals at the end of the court.

It turns out that this is not a real sport, and that’s a big pity, because the sport is more interesting than the game. Power Disc suffers from some really difficult AI – after dozens of attempts I’ve managed to beat the lowest difficulty AI a couple of times. Because the playfield is quite small it’s very difficult to throw the disc in a way that the AI can’t reach, even if those AIs move sluggishly slow for the sake of “ease.” Directing throws is difficult thanks to finicky controls, and things only get more difficult as you move up the rankings. 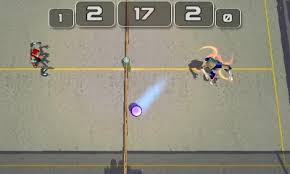 It doesn’t help that I simply cannot figure out advanced throw techniques. Wandering into the tutorial I learn spinshots are achieved by “arcing” the 3DS Circle Pad. I’ve tried everything I can think of and can’t figure out what that actually means. This is a game that needed a better tutorial.

Giving the game the benefit of the doubt, and assuming I’m just dense about how to play the game, Power Disc is decent. There’s a few different ways to play, with minigames to break up the basic tournament mode. Matches are short and intense, and there’s certainly a thrill in timing the catch of an opponent’s thrown disc at just the right moment and sending it hurtling back with speed (the quicker you throw a disc once in possession, the faster it travels). Unsurprisingly though the online servers are already deserted. As a spin on air hockey’s basic premise, Power Disc is decent, but it’s also frustrating, and that’s even if you can figure out how to perform necessary advanced techniques.

I still regularly play Little King’s Story on my PlayStation Vita. This game is infamous for being criminally underappreciated on the Wii and then appearing on a console that very few owned. It’s incredibly well made, but has never wound up being played by as many as it deserves.

Hopefully it can finally find that audience on PC, because this remains a classic game in every sense of the word. On a basic level, it’s a city management sim. You play as a King of a tiny kingdom, charged with bring prosperity to your people by building up facilities, giving citizens jobs, and then directing them to collect resources, fight enemies of the kingdom, and slowly expand it outwards. 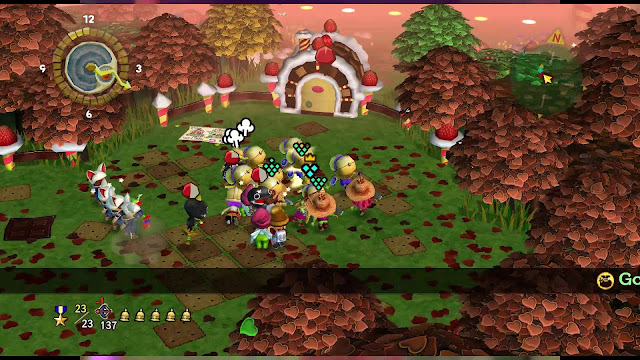 What sets Little King’s Story apart is how utterly charming it is. Classical music blaring out of the speakers, you’ll wander through your bright, happy kingdom drinking in the colour and vibrancy of it all. Though there’s a lot to the game, it never feels like it wants to be stressful, and the light hearted nature of the thin narrative, and humorous designs and behaviours of characters helps maintain the levity.

Combat and other exploration elements play a bit like Pikmin – you’ll be able to pull a small group of followers around with you, and when you direct them they’ll charge straight forward to attack, dig, chop or similar. The puzzle elements aren’t quite as strong as they are in Nintendo’s franchise, but as basically the only alternative to this kind of game out there, the different tone and sheer creativity on display make it well worth a look.

Ambition of the Slimes (Nintendo 3DS)

Circle Entertainment has got to stop doing this. After delivering a fun roguelike to the 3DS in Adventure Bar Labyrinth, the publisher has backed up and released a fun and creative tactics game in Ambition of the Slimes. Is the publisher keeps backing projects that are actually decent I’m going to have to go elsewhere to find my annual quota of 1-star reviews.

Ambition of the Slimes is another mobile game that has been pushed through the conversion machine that takes free-to-play games and turns them into premium experiences. In this case the difficulty spikes are nasty enough that you’ll almost wish that you had access to microtransactions, but with a bit of patience you’ll push past that, and the core game is more than good enough to be worth the work. 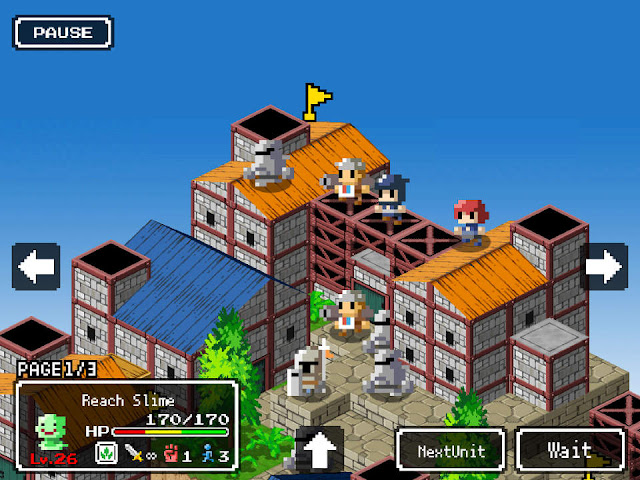 In Ambition of the Slimes you control an army of slimes. Utterly useless in combat by themselves, what they can do is jump down the gullet of enemy soldiers to take possession of them, and then use them to do the fighting. This is naturally a comical game in tone, and while it’s not written particularly well, the nods to genre classics, from Dragon Quest to Final Fantasy and onwards, are a nice touch for long-term genre fans.

You start out needing to make do with slow, weak slimes, but in winning battles new slimes will offer to join your party – the harder the battle, the more likely that a unique slime with useful powers will want to participate. The low percentage chances of getting the really good slimes are where the microtransactions might have come in handy for the less patient, but with a bit of patience you’ll end up with the powerful team that you’re looking for, and there are certainly enough levels on offer to keep you playing for quite some time.

The iPhone certainly doesn’t lack for quality rhythm games. Even ignoring the sad demise of Miku Flick/02’s DLC, leaving it with just a few tracks available through the base download, there’s stuff like Groove Coaster, Voez and Cytus that will keep you tapping along for hours.

Related reading: Matt’s wrap of the game as a PlayStation Mobile game on PlayStation Vita.

But Frederic: Resurrection of Music deserves a place on your iPhone’s memory, too, because it’s a genuinely creative little game that does good things with the rhythm genre. In this game, you play as a time travelling Chopin, who, in the modern world, trips around from place to place, getting into musical battles with various people along the way. 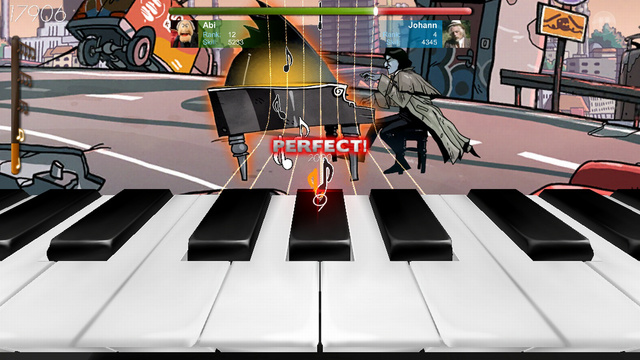 Yes, it’s a nonsense setup, and while the cut scenes are extended and beautifully designed, they don’t help ground the game in any kind of rational space. But as nuts as the setup is, it really does work in the favour of the game. Each of those musical battles take classical musical pieces, and then remix them to modern rhythms and beats. This is fascinating for fans of music, as it acts as a good thesis on the structure of music across a number of genres, and it makes for fun backing music to the tight rhythm gameplay.

You’ll be tapping notes on a virtual keyboard for points in this one, and the only complaint I have is that on my iPhone’s screen I had a tendency to press the wrong key, as the keyboard is slightly squished. I had no such issue with the iPad though. Is the new release Director’s Cut of game worth a purchase if you have the original? Probably not. But if you haven’t played this yet – and there are a lot of you out there – then do yourself a favour and check this one out. It’s right up there.