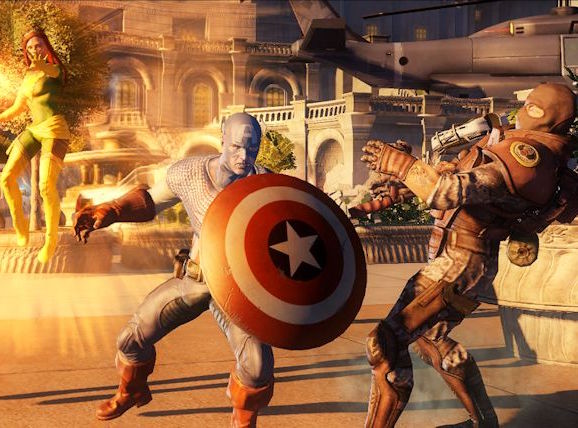 Marvel: Ultimate Alliance was the catalyst for my sudden interest in Marvel Comics. I’d dabbled with both Spider-Man and the X-Men through their respective 90s animated series and played Arcade’s Revenge on the Super Nintendo. I’d also seen the Spider-Man movies and while this started my interest in learning more about Peter Parker’s back story, I’d never cared (or even heard of) half of the other characters such as Deadpool, Elektra, Black Panther and so on. Ultimate Alliance came along and suddenly I was overwhelmed by a slew of characters that not only seemed awesome as they were, but had intriguing histories that made them seem like more than caricature. I was hooked, and combined with the Civil War graphic novels, all of a sudden I was the resident Marvel Comics expert at my workplace.

Fast forward almost a decade and Activision has seen fit to release both Ultimate Alliance games onto current-gen consoles. I wondered how well they would age, being that both games were, fanservice aside, serviceable at best and were by no means instant classics. There is a possibility that the releases are acting as a gauge to see if a third title based on the Cinematic Universe would be a popular idea, and despite the flaws of the first two titles, there is definitely potential for a better game to be created.

As far as any actual improvements over the original titles are concerned. The visuals do look smoother than the originals, so there is that, though it does come across as an enhanced Wii game more than anything. The pre-rendered movies, sound effects, music and in-game animations are exactly the same as they originally were, and it’s hard to not wish that there was more done to update these games. 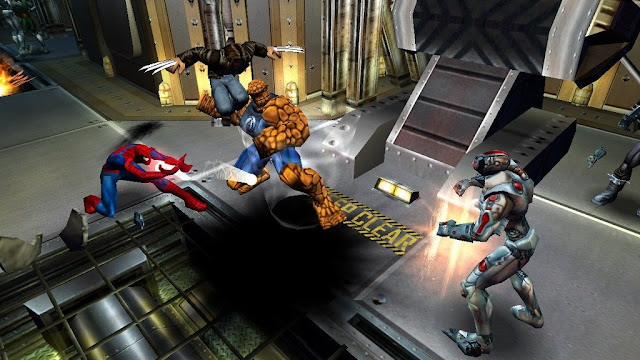 The first title starts off with the S.H.I.E.L.D Hellicarrier under attack by Dr. Doom’s forces. Nick Fury instantly calls any nearby metahumans to help out with the situation. For some reason, Captain America, Wolverine, Spider-Man and Thor were near the Hellicarrier at the time and are teleported on and the action begins. Each superhero feels reasonably unique and for the most part their powers are featured in the game in a serviceable way. Wolverine’s healing factor kicks in when he’s not fighting, Spider-Man can shoot his webs. The action itself is fine, although it is interrupted more often than it should be by cheesy dialogue that can thankfully be skipped.

Each superhero is able to level up and be upgraded with points to further add to the uniqueness of each hero. Coins are collected throughout the game and are used to upgrade special moves, armour and more for each hero. The customisation is pretty basic, but does enough to ensure that each hero attacks every computer and barrel looking for loot throughout the game.

Ultimate Alliance 2 is based off of the Civil War comics. The Superhero Registration Act is in force, requiring any metahumans to register their identity with the U.S. Government. A split within the hero ranks occurs, and before you know it, we’re choosing a side to be on. Ultimate Alliance 2 tells a better tale than the first game and does it in a more concise period. Choosing a side alters who the player is with for the rest of the game and alters a few missions here and there, based purely on the perspective of that given team. 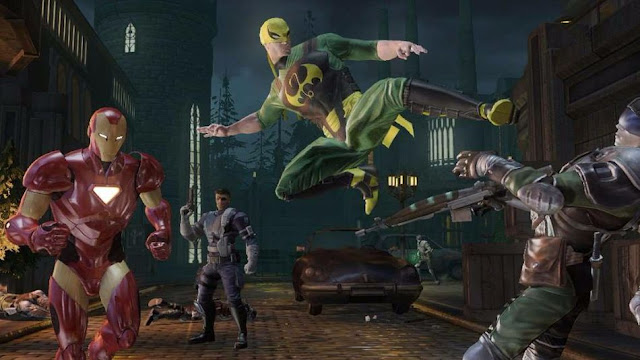 As hack ‘n’ slash titles, the Ultimate Alliance games were, and still are, rather basic and bare bones. A standard attack, strong attack and four special attacks based on which superhero is performing the move. In Ultimate Alliance 2, special moves can be combined in a “fusion”, which causes two heroes to team up and cause larger amounts of damage. Levelling up is pretty basic as well, both EXP and coins are used to upgrade characters in order to make them stronger throughout the game. It is all pretty standard stuff, and it fails to do anything that isn’t available in other hack ‘n’ slash titles.

Where the games shine though is the local multiplayer. There is an online mode, however I could not find anybody at the time of this writing to play with. Having some friends or family play through the game with you in co-op mode can often turn a game plagued with issues into a fun experience, and the same is true for the Ultimate Alliance titles. This is the best way to play these games, folks.

With other titles on the PS4 such as Diablo III, Brut@l, Gauntlet and Lara Croft: Trials of Osiris, it is definitely hard to recommend the Ultimate Alliance games. However, there is some fun to be had, especially if the Marvel universe is enough to convince you.