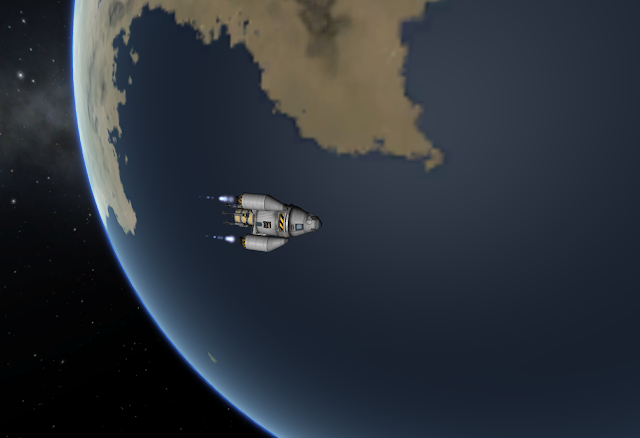 Kerbal Space Program is one of the few Early Access games that I bought on Steam to actually release and impress me throughout the development cycle. I was elated at the thought of it coming to PlayStation 4, as it would help more people to experience the game. Unfortunately the final release on PlayStation 4 suffers from a ton of performance issues, bugs, and has one of the most annoying control schemes ever.

You control a space program with a race of beings called Kerbals. These Kerbals live on Kerbin (Earth for them). The developers modelled the Kerbals after humans but deformed them. These Kerbals add to the humour aspect as you get to see their expressions during flights and it is hilarious seeing them when you’re about to crash a ship. Kerbal Space Program’s core gameplay has two main sides to it. The construction aspect is where you experiment with creating spaceships or crafts of various shapes and sizes. The flight aspect follows where you try to get your mishmash of a ship into orbit or to land on the Mun (not Moon).

Few educational games end up being as much fun and as rewarding as Kerbal Space Program. It comes packed with three game modes and nearly limitless possibilities. Sandbox mode is where I spent the most time because I love having everything unlocked from the start in games involving building and experimenting. You get access to all features and can play to your hearts content without restrictions. You can set your difficulty modifiers here and go wild with your creations. Sandbox lets you build Frankenstein ships or try and replicate things you’ve seen in movies as you have access to multitudes of parts of each type for your ship. 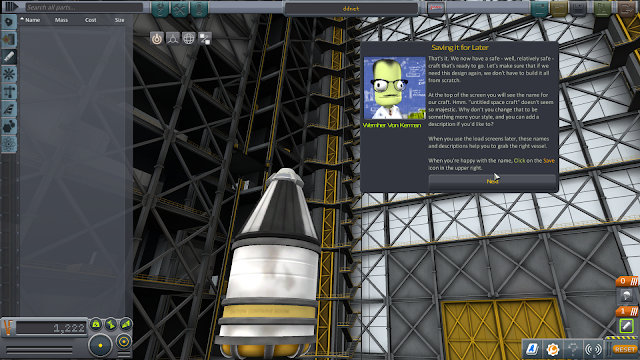 The next mode you have access to is the Science mode. This is more like a restricted Sandbox where you get to research new technology in the Research and Development building. Unlock new parts by completing many experiments. The Science mode is a great way to get your bearings with Kerbal Space Program after spending some time in the training area.

The final mode is the Career mode that adds to the Science mode with the ability to earn funds and reputation through completion of various contracts. Your resources are limited here. Think of Career mode as an enhanced or grown up version of Science mode. Declining certain contract jobs will bring more of another kind to you as well.

But before getting into any mode, the training is super important. While a tutorial is useful in many games, you will be absolutely lost without one here. More so because of the absolutely mad control scheme. There are tons of button combinations to master thanks to the lack of available buttons on a controller as compared to a keyboard. You end up having to learn when to press, when to press and hold or when to press a certain button in conjunction with others. The initial impression of the control options made me annoyed and even now when I’m more or less used to it, things feel very very unintuitive. 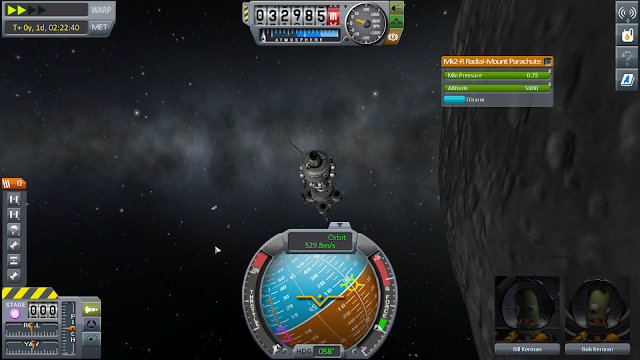 The problems with the PlayStation 4 version don’t just end with the controls. Menus are often unresponsive, and while the frame rate in non action games doesn’t really bother me, it is appalling in Kerbal Space Program on PS4. Then there’s the problem with a lot of interface icons and animations being jerky and low resolution. Think of this as a game made for older iPads being played on new iPads with the retina display. I know tons of physics simulation is happening in the background with calculations but I’ve had Kerbal Space Program run better on a laptop from a few years ago than it does on my PlayStation 4. There are also instances where things just locked up in game and I lost my save file and had to restart. This happened a few times and it is frustrating losing hours of progress and your save files.

Kerbal Space Program is a fantastic game but one that you should play on PC. I can forgive some of the control issues because of the limitations of the platform but we’ve seen other developers do intuitive controls for games designed initially for PC like Divinity: Original Sin and even Blizzard’s Diablo III. Imagine buying a great physics text book but only being able to read it while using oven mitts to turn the pages. That is Kerbal Space Program on PlayStation 4.

Retro reflections: On the impact that Final Fantasy had on all JRPGs