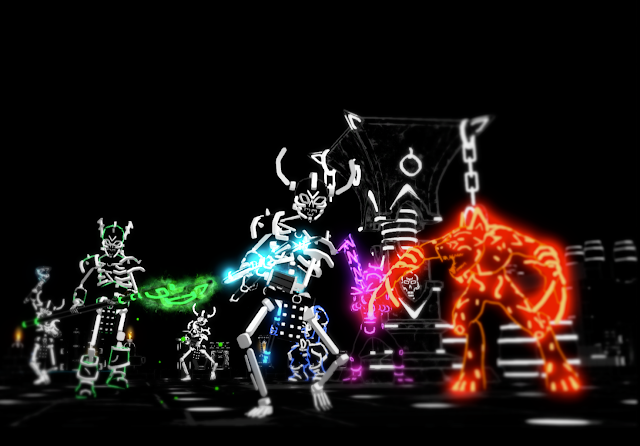 I still play Nethack to this day. When I was younger I played Nethack because it was free and I was happy to have a game of the sheer complexity that it offered for free, even if it meant I needed to put up with ASCII graphics while my friends were busy playing commercial games with expensive graphics. I mean, this was a game where you could weaponise a cockatrice corpse, if you were able to kill it before it turned your little “@” avatar into a statue, and that was a delight to the imagination. I don’t think any other game since has done that.

Nethack was also awesome because it allowed for deep leaderboards, so your greatest attempts at a game that is nearly impossible could be retained for posterity. It was also awesome that after your character died the next character could come across his/her corpse and recover their items (though age would turn some of them into cursed items). That’s right – Nethack did what the Souls games did in a far more interesting manner decades before From Software even had the idea to make a feature out of killing characters.

I still play Nethack to this day because the core mechanics remain as relevant and engaging as ever, and the extremely difficult roguelike nature of it means that there’s endless replay value to it. It’s a brave move by the developers at Stormcloud Games to appropriate the ASCII art style of Nethack and the original Rogue and spin it into an action dungeon crawler in order to create Brut@l, but perhaps against all odds, this is a game I really, really like. It is arguably the best example we have yet to take a really classic (read: old) game and modernise it.

Brut@l is not a turn-based roguelike as Nethack is, though. Instead it’s an action-based title in which your hero traverses dungeons that incorporate ASCII characters in such a way that builds 3D environments, enemies, and objects to interact with. The visual effect, as a result, is utterly stunning. As the name promises, combat involves plenty of blood, as sickening thuds and cracks as enemies (and your hero) take damage. Every level is completely randomised, but made up of objects, enemies, and items, that repeat just often enough that you’ll quickly learn how to approach them without becoming too predictable for its own good.

Exploration was a big feature of the original Nethack, but was annoying because of secret doors that often required you to ‘search’ the same space over and over and over again to hope the virtual dice rolls are able to reveal that door before you could continue on. Brut@l does away with that, instead cleverly encouraging you to search the levels fully in order to find critical ASCII letters, which can then be used to conjure up weapons and other items once the right spellbooks have been located. Very little is hidden away in such a way that you’ll miss it if you’re simply thorough, which is a nice nod to modern gaming conventions.

You’ll need the items built out of the ASCII letters, too, because the difficulty escalates quickly. As with Nethack, the game is divided up into levels, with descent down further into the dungeon bringing tougher enemies and more deadly traps. While your character accumulates experience as well, the rates are unbalanced – dungeon levels become more difficult more quickly than your hero gets tougher, so while you can brute force your way through the first couple, eventually you’re going to need to start playing well in order to survive, by making good use of the resources available to you, and understanding how to be an effective combatant.

Brut@l is something more than a button masher in combat. Players need to make good use of their shield, as well as a jumping evasive manoever that allows them to get a couple of good hits in on the enemy before retreating away from being swarmed or countered. My favourite tactic is to play as the ranger (yep, there are multiple different classes to chose between), and make heavy use of a bow and arrows to whittle down enemy swarm numbers before taking the scraps down in melee, but of course arrows are in short supply, so there’s a constant tension to try and preserve the arrows too. One of the high risk plays is to hurl the character’s shield at an enemy, which does significant damage but leaves the hero at far greater risk of taking damage in return.

One really neat feature in Brut@l is the co-operative play, which makes the game very much like the likes of Gauntlet. It doesn’t really become easier, but there is a definite appeal in pulling a buddy along for the ride, and then taking complementary character classes into the dungeon to build some rudimentary tactics into the experience. There’s also a dungeon creation mode, which allows players to upload customised dungeon challenges for other players to tackle. The tools here are a little too simple for players to create nuanced dungeons that are worth playing over and over again, but it’s interesting to see how the randomised elements can work together in a more carefully designed manner.

If there’s anything that disappoints me about Brut@l, it’s that it’s simple (by necessity) compared to the source of its inspiration. As I’ve mentioned, Nethack is most notable because of the utterly incredible tactical depth that it offers players. In the turn-based context of that game, you have the time to carefully consider how the resources available to you can get you out of a hairy situation, and there are such a staggering range of items, environmental factors, and enemies that the combinations and permeations of them are so massive that to this day, decades later, I’m still being amused by “firsts” that I’m experiencing and discovering in the game.

Brut@l has some of that heritage. For example, you start out with a torch that you can dip into fire, which can then provide light in darkened areas, as well as permanently kill enemies. There was a neat moment when I discovered that the torch could also take on other characteristics by being dipped into other substances – if I used the torch to destroy a glowing mushroom, for example, it would start glowing in a cool blue luminescence instead – no longer good for killing enemies, this new torch could open otherwise locked doors instead. But the utility of items, the depth of the inventory system, and the truly weird and wonderful effects that you would often discover by accident in Nethack (such as dipping a sword in a fountain, which may turn it into the potent magical weapon, Excalibur, but might also have negative effects), are simply not there in Brut@l. And they couldn’t be, because otherwise the combat would become too unwieldy to be much fun.

Brut@l is a modernisation and homage to truly pioneering games that were addictive before graphics were even a thing. It’s a hugely entertaining, visually striking experience, and has instantly become my favourite multiplayer title on the PlayStation 4. It does represent how some corners of the modern gaming industry is pushing visceral action over complexity, and that is disappointing on one level, but at the same time I can’t really complain that the developers have gone with the times, especially when it’s this much fun.

Mind you it does make me wonder – is there any reason someone can’t simply port Nethack to the PlayStation 4? Open source project as it is, that would make me incredidbly happy indeed.