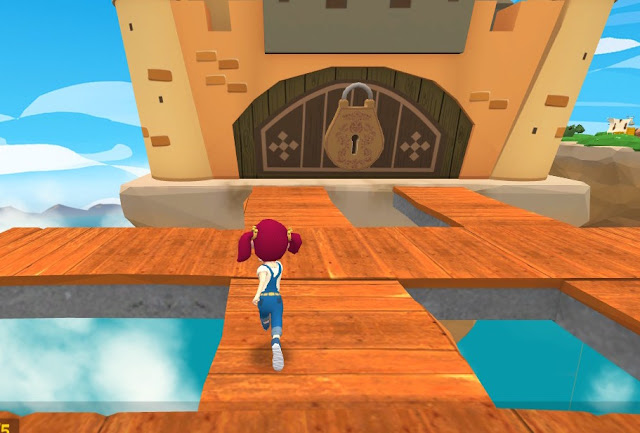 On the surface, Bird of Light is a cute, light-hearted, fun little game that seems to draw its inspiration from Old MacDonald, but don’t be fooled by the cutesy farmyard presentation—it made me think of Animal Farm more than anything else.

Bird of Light tells the story of Tara, a young asthmatic girl who gets a break when her family inherits a farm. With the fresh air and animal company, Tara gets a new lease on life, but there’s something sinister at work. The animals live in fear of something they call the Great Flame, some sort of mystical being that takes them away in the night. With the appearance of Tara’s family, the Great Flame’s attacks seem to have increased, sowing panic among the animals, but they’ve also got a new friend in Tara, and she’s ostensibly very good at giving belly rubs.

If you haven’t worked it out yet, the Great Flame is the slaughterhouse, and as such, there’s a very overt vegetarian theme. There’s also an important, though frustratingly obfuscated subtext: Bird of Light is a game about being free—not just animals being free from slaughter, but girls and young women being free from societies that don’t value their lives. 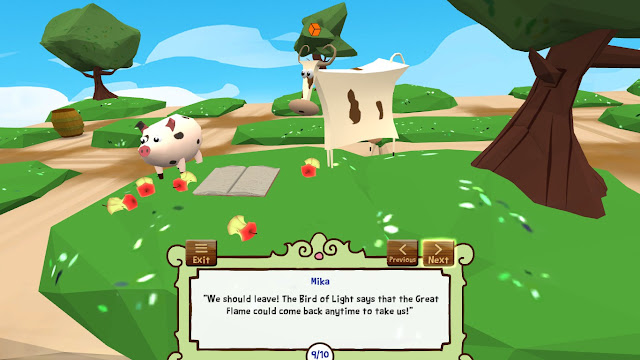 Bird of Light was created in response to the awful gang rape that happened in South Delhi a few years ago as “a message that women deserve to feel safe and run free, just as Tara does in the game. A message that no father in India should have to fear for his daughter’s safety every time she steps out of the house. A message that perhaps we as a society need to re-evaluate what we prioritise when it comes to gender roles and the next generation.”

This aspect of Bird of Light isn’t exactly made apparent in the game, or even in its public-facing marketing materials, which is a bit of a shame. But when you know the history and intent of the game, a story that’s already quite dark, thematically speaking, becomes even more confronting. With that, the “Great Flame” becomes far more sinister, and symbolic of society as a whole. A plot involving people’s fear for the sudden disappearances of loved ones becomes very real and very, very sobering.

It’s grim stuff, but more than anything, Bird of Light is a message of hope—like the developers said, hope for a world where “women deserve to feel safe and run free.” To that end, the bulk of Bird of Light takes place in Tara’s dreams, where she runs and jumps her way around skybound farm environments. It’s a platformer that plays out like an endless runner, but without the endless part: Tara runs of her own accord, while you help her dodge obstacles, track down objectives, and find her way to the end of each level. 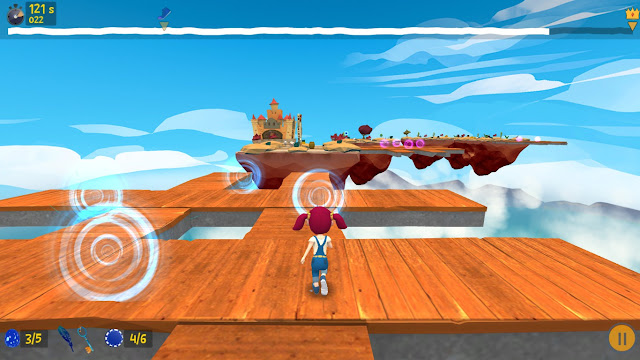 Before the actual running starts, you get a bird’s-eye overview of the level and a chance to lay down a few extra platforms to bridge gaps. Initially, there are clear-cut solutions, but as level designs get more complex, you gain the ability to take a flying leaps over bigger gaps, and you unlock teleportation platforms, finding the right solutions become more difficult. Moreover, each level has different objectives that usually require different layouts. For the Speedrun goal, you simply want the quickest path to the end, but for the Explorer and Boss Run objectives, which require you to find all the eggs scattered throughout the level, you need to find the most efficient way of hitting all the different floating islands.

It actually gets quite difficult. Unforgiving hit detection and some brutal obstacle layouts can force a trial-and-error approach, especially in the later levels, where what needs to be done is clear but actually doing it requires pinpoint accuracy. Luckily, checkpoints are distributed fairly liberally and restarting doesn’t take long, but if you want to get all the achievements on offer—many of which require completing levels with no continues—you’re in for some frustration.

It’s a fun, challenging romp. My main concern is that, with such an important message to tell, Bird of Light doesn’t really deliver it very well. The idea of running free is an important one that’s built into the core of the game, but there’s little else to provide context. Like I said, the intentions and meaning are confined to a press release sent out to the media, and without knowing that, Bird of Light struggles to set itself apart, thematically, from the myriad of other running games out there. 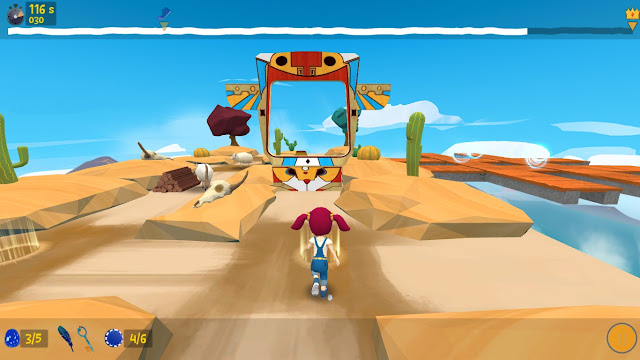 The story also struggles on that front, being limited to brief visual novel-style cutscenes that are cute, but they’re short and tend to be quite vague. Again, the vegetarianism theme is stark, but any connection to that underlying message is difficult to parse. It leaves plenty of questions unanswered, but not in a thought-provoking or insightful way; rather, it feels like there are scenes missing.

That’s not to say it’s not a good game, because it really is, and this is absolutely the kind of thing that should be supported and encouraged. I would just love to see what Roach Interactive could do given the budget and time to really do justice to such an important message.