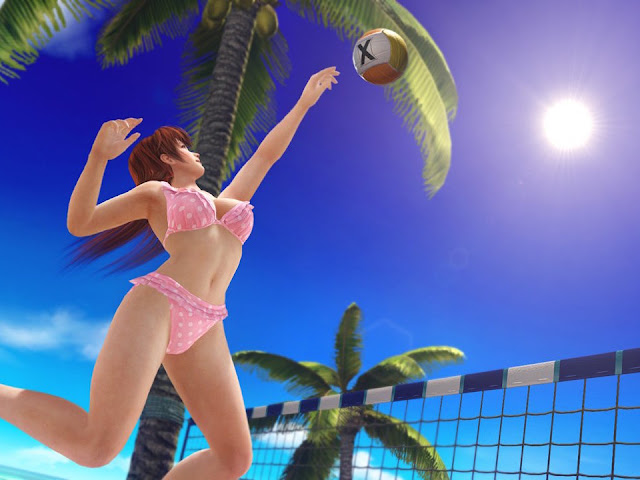 Related reading: If you want to read my more in-depth thoughts here’s one of the many times I’ve written about the topic.

Here’s today’s thing, as a completely blunt statement: details emerged about Dead or Alive Xtreme 3’s VR update, which will let you molest the characters, and they complain about it while you do so.

So, yeah, it’s pretty extreme content. Plenty of other publications have decided to write this up, focusing specifically on this gameplay feature. For just two examples:

The implication in those stories is, of course, that there’s something gravely wrong with the content, and people who play this game, much less enjoy it, has some kind of issue. The less said about the developers, the better.

At least those publications leave it more-or-less to implications. Other publications are far less subtle about that:

“But when we’re trying to teach this generation’s young men the meaning of consent, and let’s be honest a ton of them apparently have a hard time understanding it, this is the most asinine and reckless thing I’ve ever seen from a developer.”

Right. So. For a lot of people there is obviously something deeply unpleasant about this kind of content. Vanilla Dead or Alive Xtreme 3 was exploitative enough and was an uncomfortable work for a lot of people (as I noted in my review, despite personally enjoying the game). That’s fine. People are allowed to be made uncomfortable with things that make them uncomfortable. Furthermore, I’m not judging content in the VR game that I haven’t played. On basic principles, I’m a normal person and find sexual assault to be reprehensible. I’m probably not going to like that particular feature in Dead or Alive Xtreme 3 VR if it is as these other publications have presented.

Let’s go further than that. If you know someone who has played one of these games, then please alert the authorities, because you probably know a future mass-murdering psychopath and/ or extreme nationalist: Call of Duty (any), Battlefield (any), Doom, Destiny, Homefront, Gears of War (any), God of War (any), Manhunt (either), Grand Theft Auto (any), Assassin’s Creed (any), Dishonored (either), Halo (any)…

And especially Mortal Kombat. Be right frightened of them Mortal Kombat players. That game lets you see X-Rays of some guy having his nuts splattered by a punch to the groin. I don’t know about you, but I don’t want to hang out with anyone that might enjoy that.

I’m being ridiculous, of course, because no, games industry.

More than anything, everyone, stop with the freaking hypocrisy already. If you people want to see games mature and be treated intelligently like works of art, then realise that pulling the double standard nonsense that has become so ingrained in critical writing about games does none of us any favours. There is nuance here. Learn to find it.

Retro Reflections: On that time I didn’t know I was playing a Dragon Ball game

Review: Alone With You (Sony PlayStation 4)