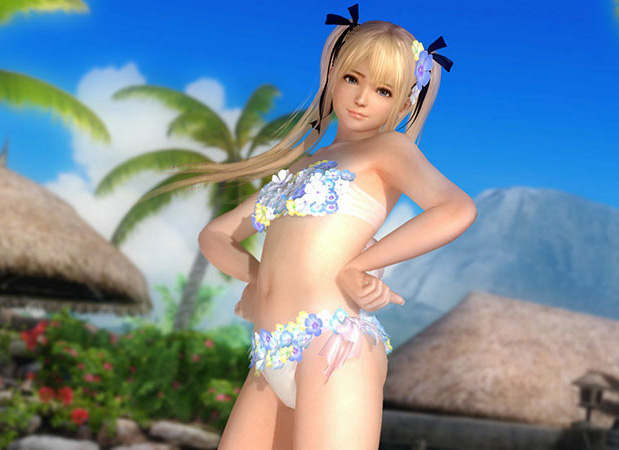 Dead or Alive 5 has surely been a spectacular money spinner for Koei Tecmo. The original game was released four years ago now, back in 2012, and since then we’ve seen no less of three re-releases of that game, DLC characters, and an endless supply of new costumes.

Fans want it all, of course, and hand over around $Aus130 for each of the season passes, which will provide a few dozen new costumes, and often characters or stages. Today, Koei Tecmo has released the fifth season pass for Dead or Alive 5: Last Round, as well as the first wave of new costumes with this season pass.

That first wave of costumes is a bunch of “flower girl” bikini costumes, pictured. Most amusingly, this is one of those “destructible” costumes, which means that as the girl takes damage in battle, she’ll slowly shed the flowers. Great innuendo. Perfect. Bravo, Koei Tecmo, bravo.

Trailer below. You already know if this DLC season pass is for you. Surely we’re inching towards the announcement of Dead or Alive 6 now, but in the meantime, it’s so good to see that the game continues to get support from the publisher.

On Gal*Gun Double Peace and satire: It’s smarter than you think