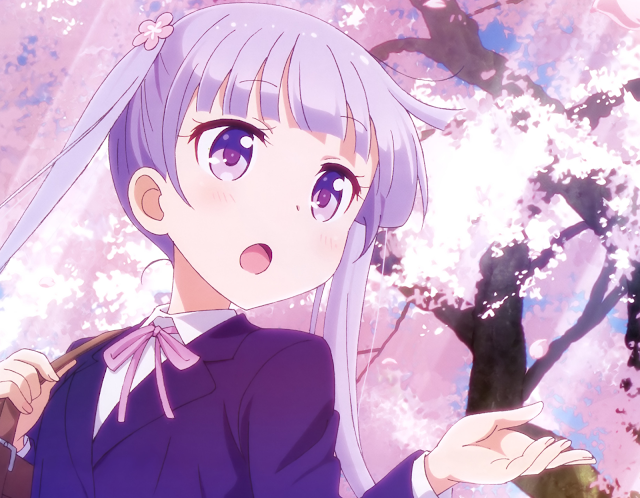 Impressions by Clark A.
The animated medium can be a terrific conduit for acquiring worldly knowledge. Shows like Bakuman and Seiyuu’s Life introduce viewers to the nitty-gritty of Japanese industries while simultaneously developing characters and scenarios that make each episode valuable as art. In the case of slice of life comedies especially, an educational component can be the very lifeblood that courses through the work’s body, giving otherwise floundering characters a sense of direction.
So far, New Game doesn’t seem to boast this coveted fusion of entertainment and information. It’s a show about a newcomer to the video game industry slowly learning the ropes of the trade, but it has yet to truly take advantage of the distinct value that concept affords.
New Game follows a young lady named Suzukaze Aoba, who, promptly after graduating from high school, has landed a position in a notable video game company. Her defining traits are her work ethic and her middle-schooler physique. And yes, at 18 years of age, she’s already broken into the industry. This is frequently played up for comedy with scenes such as Aoba ordering black coffee instead of orange juice and trying to muscle it down. It would have been exciting to see how the job interview went or how she landed the job seemingly without any connections, but so far this hasn’t been explored. 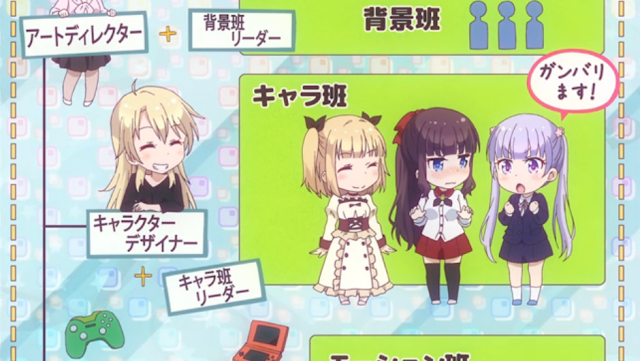 Instead, the show goes on to exhibit Aoba’s raw feelings and experiences. There’s a palpable and intentional awkwardness to many character interactions, particularly in the early going. The writers gracefully tread the line between charming and cringe-inducing exchanges between the newbie and the seasoned vets. Video games are touched on frequently, but it’s a fairly hands-off, impersonal approach. You’re more likely to see time devoted to Aoba’s first adult drinking party (which, amusingly, she’s too young for) than any sort of tutorial-lite segment.
The idea of an 18 year old being hired as a 3D modeler based purely on her high school art skills isn’t outright impossible. Masahiro Sakurai created Kirby and directed a game at the ripe age of 19 and you’ve got indies developing entire games themselves before their mid-20s. Nonetheless, this is just the earliest reveal of the many, many areas where the show is idealised. I think it’s safe to say learning professional-grade 3D modeling takes a little bit more than a month of reading a book and drawing skills, for instance (as in years). In an industry like voice acting where the starting age and entry barriers are statistically lower, I wouldn’t think twice, but there are countless situations here that test believability without the show clearly defining itself as fantasy either.
My gut reaction is that New Game’s writers will prioritise the tried and true “cute girls doing cute things” angle over storytelling or being informative. This isn’t a bad thing for fans of traditional comedy and it can still sprinkle tidbits of data about the games industry. Rather, it’s simply disappointing not to capitalise on a golden opportunity to break from a particularly conservative mould. The show itself is charming, but doesn’t offer much we haven’t seen before. As is always the case with these impression pieces, time will tell whether such judgements are premature. 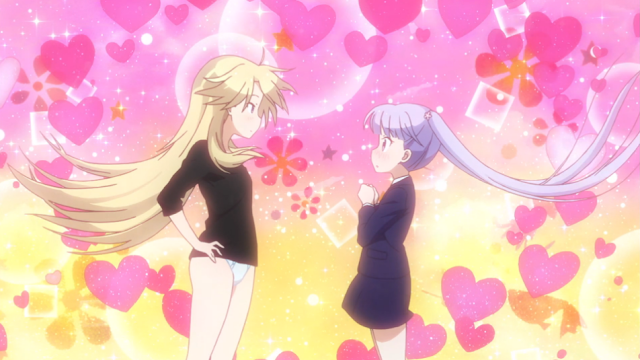 I honestly hope that’s the case because the show has also set itself up to head down an intriguing path beyond strictly explaining video games. Controversial issues such as the overworking of employees during crunch periods and the extensive use of key players all year round have been at least acknowledged. This continues to be the reality of the games industry not just in Japan but worldwide, extending as far as localisation outlets. One character in particular here is so devoted to her job that she sleeps at work most days, simply nodding off in her panties on a couch. Played for comedy as that last bit may be, I can vouch that this occurrence is both real and not certainly exclusive to the games industry…
In terms of characters, this show does have some soul to it. The all-female cast features a number of eccentric folks and even some of the archetypes such as the shy girl have twists to make their personalities more vibrant. Office lightsaber fights are never out of the question, even with an excuse as thinly veiled as “researching poses for characters”.
Perhaps my expectations of New Game are pointlessly inflated by the potential of its concept, but so far it’s little more than your obligatory light and fluffy anime about cute girls. Nonetheless, it has its moments and there’s room to branch out if that’s what the writers have in mind.