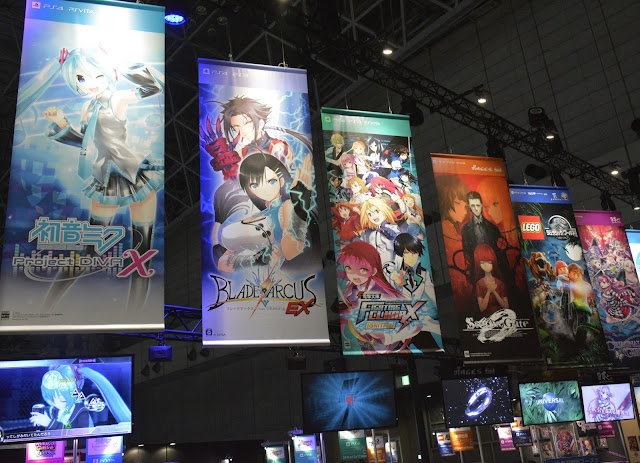 Forget E3. Tokyo Game Show is where it’s at, and this year, the show is shaping up to be the biggest yet.

Related reading: All of our coverage from TGS 2015.

As of July 1, TGS counts 301 exhibiting companies. At the same point of time last year (which was huge) there was “only” 242 companies registered with the show. By the time TGS rolled around in September 2015, that number lifted to 480. I’m sure you can see where this is going – TGS this year is on track to have a truly staggering number of companies attend.

The number of nations representing at TGS this year is already impressive, too. We’ve got companies from Europe (Ireland, the Netherlands, Spain, Germany, Finland and Poland), the UK (because it’s not part of Europe… getit?), Asia (Vietnam, Hong Kong, Malaysia, South Korea, China), the Middle East (the UAE, Israel) and South America (Brazil, Chile).

TGS is different to E3, of course. There are fewer big announcements made, but on the other hand it is a consumer show, and during the business days, TGS acts as a regional development hub, and in being there it is clear that the Japanese industry sees Asia, not North America and the West, as its future opportunity (and fair enough, too. China is far more culturally similar to Japan than the United States is, so it makes sense that games would resonate more strongly there too).

For the first time, TGS is also bringing on “official supporters” – celebrity endorsements, in other words. Online personalities M.S.S Project, as well as girl idol group, Wa Suta, will broadcast live through the TGS Official Video Channel, which will run through niconico. This is the show’s attempt to broaden the appeal of TGS to those who can’t physically attend.

Naturally, DDNet will be on the floor at TGS this year. It should be fun indeed!