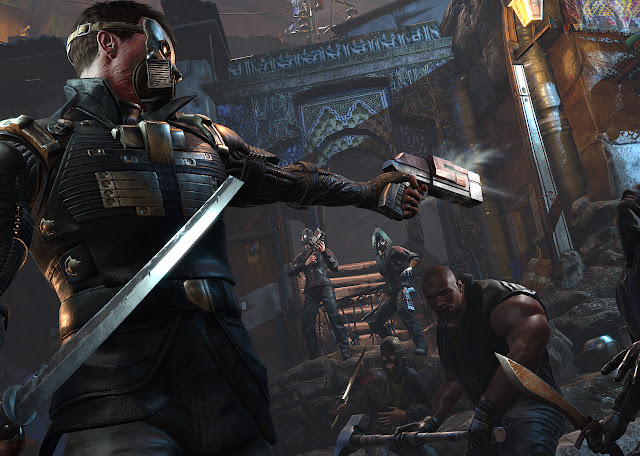 The idea of people melded with machine, and the moral and ethical ramifications of bringing the two together, is hardly a new concept in literature, film or games. That’s not to say it’s not a relevant topic to address, though. Indeed, with what was once complete science fiction edging ever closer to reality, biotics and technology interfaces for humans are getting close to becoming a relevant real world debate.

Related reading: This is actually the sequel to Mars: War Logs (though you don’t need to have played that to follow this). Matt’s full review.

Spiders’ latest game, The Technomancer, is the maverick developer’s latest attempt to do something grim, dark, and meaningful. It is a cyberpunk fantasy setting that addresses these themes – and others – with the intensity that only cyberpunk can. As with all Spiders games, it’s a bit of a technical mess, but cannot be accused of lacking in genuine vision and thought. The development team at the French outfit clearly care a great deal about their work and the stories that they have to tell, and it has been disappointing to me to read through that first wave of reviews and see that people are unwilling to look past the rough, B-grade edges, to see what the game is are really driving at.

The Technomancer wastes no time in setting itself up as an ultimate dystopia, with it being set in a hostile Mars for an even darker edge. For the most elite few, the Technomancer’s world offers comfort, but remains a cold, clinical environment, as though Ayn Rand herself was the architect. For the masses, it’s a violent, miserable life that they eke out on the ground and in the slums, remaining underground and fearful of being caught in the toxic rays of the sun, and struggling with a critical lack of water that the wealthy monopolise and control. Those with the slightest bit of power relieve their boredom on those with nothing, and almost immediately after the game starts we are introduced to a poor sod having the boot laid into him for the pure sadistic joy of doing so. This is not a nice world, and it is one that badly wants you to believe that the only recourse is to put selfish need and desire ahead of the good of the community.

Of course, when you start to do that, society itself starts to fall apart, and unsurprisingly, the first time you take a trip into the slums in The Technomancer, that’s exactly what you see; society falling apart under the strain of the misery. Corruption, surveillance, militant morality militias – The Technomancer has them all. Like the best science fiction, it’s as much an exaggerated reflection on modern world reality as it is a fantasy, and throughout the game there are metaphors for social and political environment of the modern west; Spiders is keen to leave us with a warning or two through this adventure.

The combat system has a few quirks that really play to this tension between selfish gain and a more traditional understanding of morality, because in this game actually killing an enemy is a very deliberate choice. Defeating an enemy knocks him or her prone, but won’t kill them. That final bit is up to you. You can either draw their life force out, killing them, but providing you with valuable resources in a world that has few of them – life energy is the game’s currency. Or you can allow them to live, and be poor for the goodwill. See – it’s a Randian paradise of people screwing one another over until they’re dead in the pursuit of personal wealth. A Randian paradise that is hell for anyone with a shred of human decency.

It is unfortunate, then, that the exceedingly provocative philosophy driving the narrative is so badly let down by some dreadfully forced performances. This is nothing new or unusual for B-grade RPGs, but The Technomancer is putting a lot of its eggs in the storytelling basket, and performances could not afford to be this inferior. Voice actors are stiff and unconvincing, and there’s also some really overcooked writing that would have been a challenge for Nolan North himself to pull off convincingly. 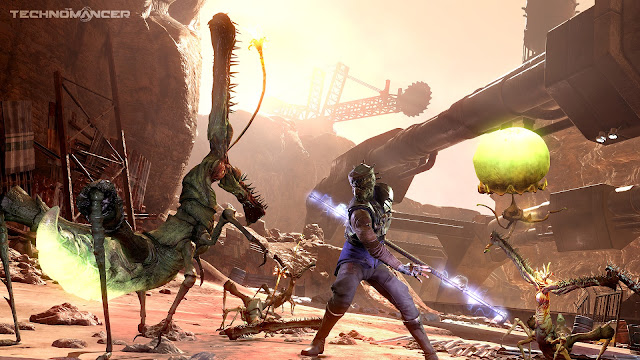 Other presentational elements are also hit-and-miss. Spiders has always been good at providing a vision, and The Technomancer is on principle a truly breathtaking game. Locations such as the city of Noctis are right up there with the most intensely creative spaces we’ve ever seen in games. This is, however, let greatly down by unattractive and stiff character models. I quite liked my hero, who I designed as a bit of a silver fox and he came out looking like one of those aging action stars who is somehow making better films than the nonsense ‘action’ films that Hollywood millennials are getting involved in (you don’t get to name him, or play as a woman, but you can customise him as you like). Other than my white haired prince, though, I really struggled to connect with any of the game’s characters. The Technomancer is a game that is better understood as a game for the mind than the emotions, I guess.

The mechanics of The Technomancer take learning, and it’s difficult to shake the feeling that they’re more complex than they need to be. Our hero (or anti-hero, depending on how you play) has access to three different combat stances, and each of these plays differently – the mace-and-shield is good for defence, while the staff is good for clearing hordes. Then he’s got his technomancy abilities, which work much like magic. There’s a lot of button presses involved in doing stuff, though, with heavy use of the shoulder buttons to change the context of what the face buttons do. It’s manageable, with time, but there’s a good lesson on the value of having UI experts on the development team in comparing this game to the elegance of a game like Dark Souls.

Even if you weren’t struggling with the control pad, The Technomancer would still be a difficult game. It needed to be, to fit in with the claustrophobic narrative themes and setting, but it’s in imperfect understanding of difficulty, which relies a little too much on arbitrary spikes in the power levels of enemies to keep players on their toes. Completing the many side quests available through the game is a solution, but with some greater attention to detail and resources, the Spiders team could have had a system more like The Witcher 3 on their hands, whereby challenge is as much determined by the player’s abilities as it is the game itself. 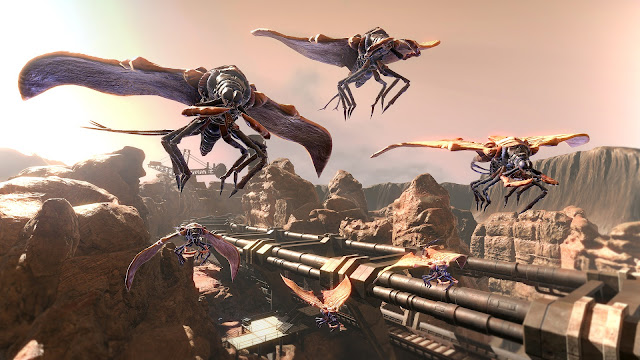 Related reading: This is Spiders’ second game on PlayStation 4. The first was the criminally underrated Bound by Flame. Matt’s full review.

Once again, it’s important to understand that The Technomancer is a B-grade RPG, and I don’t believe in using that term as a pejorative. Spiders has proven over and over again that in working with smaller budgets the team can take risks on game concepts that others would not try, and I can’t see any major developer even contemplating a game of the vision of The Technomancer. To compare the game with its peers – the other B-grade RPGs out there like Risen, ArcaniA or Two Worlds, is to see just how superior Spiders are in working in the space it does.

The team writes intelligent, worthy scenarios and narratives, and then they do the best they can to build gameplay to support that concept. Spiders never quite gets there with executing to vision, but I don’t mean this as a backhanded complement; I genuinely appreciate what this team does, because it’s unique and interesting and I wish more developers had the gumption to try something like The Technomancer.