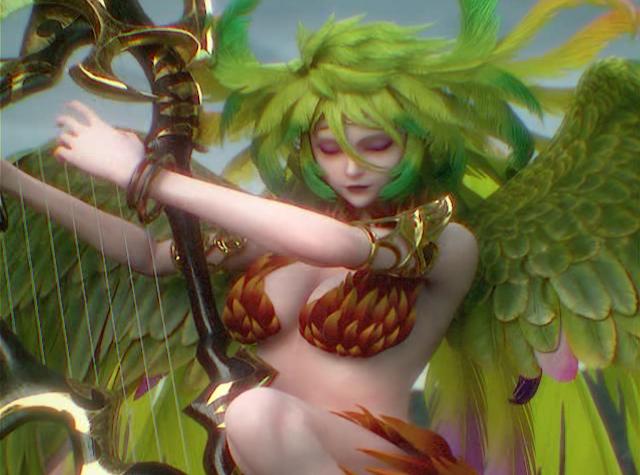 Brave Exvius’ story revolves around Rain, a young man who struggles to live up to his father’s legacy. Unsure of himself yet sure of what is right and wrong, Rain and his friend Lasswell end up entwined in a battle between good and evil that neither of them could have predicted. It started as any other day, with the pair travelling aboard an airship. By chance, they run into (not literally) a woman trapped in a crystal. The young woman begs for their help and brings them to the Earth Crystal, which is under attack. The attacker is Veritas of the Dark, who says he is one of the Sworn Six of Paradia. The Earth Crystal is destroyed despite the efforts of Rain and Lasswell, and the young woman — Fina — joins them to track down Veritas before it is too late. Fina is limited in her ability to help, however, as she has completely lost her memory.

As with the handful of Final Fantasy games I’ve had the pleasure of playing in the past, Brave Exvius allows for emotions to be physical in addition to just mental. The world is balanced by Vision and Lapis. Visions are the physical manifestation of people’s thoughts and feelings (think highly intelligent spirits), whereas Lapis is the world where visions exist alongside all Magic Crystals. Rain and Lasswell rely on positive Visions to help them fight against the darkness. I cannot stress the importance of Visions enough, as they will fill your party up faster than waiting on story characters will. Visions are often characters from past Final Fantasy games; I’ve collected Cyan (FF6), Rydia (FF4), and Cloud of Darkness (FF3), just to name a few. 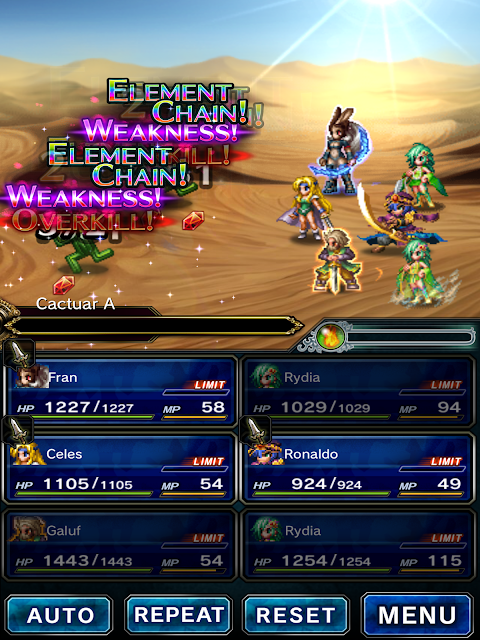 There are several modes to play in and use to increase your characters’ levels: there’s the story mode, but there is also a Coliseum where battles are fought and a Vortex where specialty chambers can be entered. When playing through Brave Exvius’ story, the World is where you’ll want to be. The World is essentially a map with set locations to explore. Some locations require several multi-round battles to be won to move ahead, while others operate as cities and allow the player to roam around, speak with the locals (some will have tasks for Rain to complete), and buy/sell goods. The controls are relatively straightforward for the most part: tap tap tap, as this is a mobile touch-screen game after all. However, while exploring Rain is controlled by tap-dragging, as I now refer to it. It’s awkward, to say the least, and reminds me of why I stopped playing Final Fantasy 6 on my iPad — the character just never seems to go quite where I want them to. It’s such a small part of Brave Exvius though that I considered it a blip and moved on quickly. After a city has been explored, shortcuts appear and I stopped having to maneuver around aimlessly, thus negating the repetition of exploration with the unrefined controls.

The story itself is, unfortunately, nothing special. I don’t feel a connection to the main cast of characters; none of them make me feel anything positive or negative, there’s just nothing there. Rain is the typical Final Fantasy protagonist: an angsty boy with a good heart but a lot of growing up to do. Lasswell is the usual second-hand to the protagonist, an old grumpy soul with a great fondness for the main character. And Fina, bless her, is the typical uppity blonde female companion (Rikku, anybody? – YES NEW WAIFU – ed.). Actually, the entire cast makes me think I’m just playing FFX again; Rain may as well be Tidus, Lasswell is a younger clone of Auron, and I’ve already compared Fina to Rikku. Just not as interesting. The characters aren’t great, they’re not terrible, they’re just kind of… there.

Thankfully, I get far more pleasure in summoning Visions and levelling up my units. A Rare Summon requires a summon ticket or lapis (the game’s premium currency) and increases the odds of receiving a high-level, recognizable character. A Standard Summon requires Friends Points which are acquired through having friends and using them in your party on quests. A character can increase in level in two ways: participating in battles by being in the active party (you can create five different ones but I tend to just have the one) or being enhanced using other Visions (this character will then disappear permanently). Certain characters can be enhanced at a certain level, allowing even higher levels to be reached. Each Vision has a star grade; the more stars, the stronger the character. Characters each have the same equipment slots (equipment can be found, purchased, or created using found materials): right hand, left hand, head, body, accessory one, and accessory two. 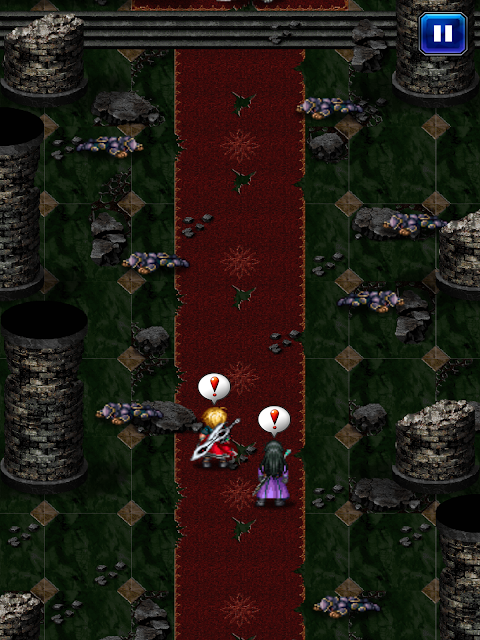 The Colosseum is a sort of single-player levelling-up farm that I don’t understand the purpose of and can’t stop visiting regardless. Actually, that describes a lot of my experience with Brave Exvius: I don’t quite know why I keep returning, but I do quite happily regardless. The Colosseum requires Orbs to enter, and of course Orbs refresh and a remarkably slow pace thanks to the free-to-play aspect of the game. That being said, the Colosseum is one of the reasons to return. Because the Orbs refresh so slowly, it is super easy to pick up my phone or tablet for five minutes to burn through the maximum stored (three), use up my energy in the Vortex, and then stop without even touching the World. The Colosseum is what it sounds like, a battle zone. There is no help from friends here, so your party must be strong to proceed up the ranks. I have no idea what happens when I reach the top, but I know that I must get there.

I spend a lot of time in the Vortex because it helps me level up while I’m out and cannot focus on a story at the time. Sometimes there are event vortexes — for example, this upcoming weekend features a Gil Snapper’s Cave — but the base four Vortex of Desires are always available for a small lapis fee. The Chamber of Creation, Chamber of Awakening, Chamber of Experience, and Chamber of Riches are all aptly named and require little explanation. I love the Vortex of Desires because it allows me to target what my specific goal is and work towards it while paying little attention; this is another useful feature for a mobile game.

It’s important to emphasize that yes, Brave Exvius is a Final Fantasy title — but it is also a free-to-play mobile game, and that means it requires something extra to keep players returning day after day. Friends are quick to acquire, but people tend to lose interest and leave their characters at levels too low to be of use. Daily quests make a fun little loop of covering the game’s basics on a daily basis (story, exploration, Vortex, Colosseum, Friends, crafting) for rewards such as gil, lapis, or energy. 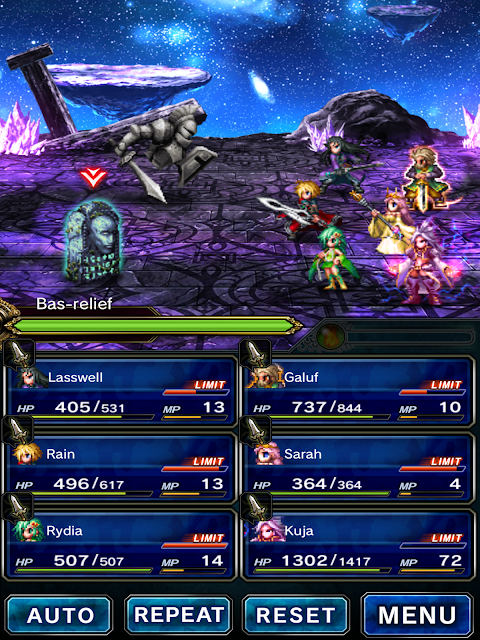 Final Fantasy Brave Exvius is a valiant — dare I say successful? — mobile rendition of Final Fantasy. It combines the nostalgia of Record Keeper with a typical storyline and free-to-play features that makes it irresistible despite a lack je-ne-sais-quoi/oomph. I’ve returned daily for nearly a month now, and in a world where I add and remove apps more often than I brush my teeth the fact it’s remained a staple is downright impressive. Still, I feel like I’m waiting for something more to happen… and I’m not sure that it will.

On the evolution of the mighty Match 3 since Columns