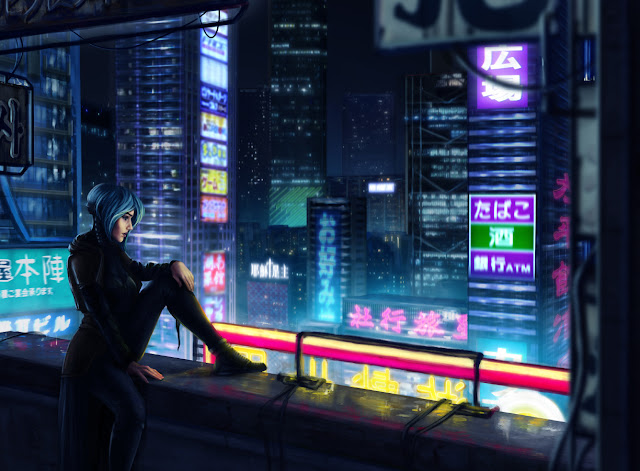 So, I got to review two cyberpunk games in one week. As a fan of cyberpunk, I’m happy with that. And, as a cyberpunk fan I was very happy with The Technomancer, which, for all the negative press it has been getting, is actually a really intelligent game. It’s just that it’s about as unattractive as it is intelligent; in other words, it’s your university professor.

Related reading: The other cyberpunk RPG Matt played this week (and reviewed) was The Technomancer.

Dex, on the other hand, looks lovely. This is a 2D platformer/ RPG that makes good use of neon colours juxtaposed against crumbling architecture and slums to deliver the kind of decaying glamour and technological energy that characterises cyberpunk so frequently. It’s also got a cool female protagonist, and a killer soundtrack. So far, so good.

But The Technomancer was almighty in vision and ambition and if I could fault it, it’s that its ambition was never going to be achievable by a team the size that took it on. I don’t consider that a fault. As long as the game is playable, I’d rather it shoot for the stars and miss than play it safe. And now it’s going to sound like I’m insulting Dex when I say it plays things very safe. Very, very safe.

Well I wont be using my loot on that guy. #PS4share https://t.co/nObUHf24Jz pic.twitter.com/sktEt6NuSb

It’s really not bad though. As mentioned, this is a 2D platformer/ RPG, which kicks off not unlike the Matrix did – i.e. there’s a bunch of agents coming to arrest our titular hero before some allies guide her out. This girl, we discover soon enough, is also able to drop into and out of cyberspace with a mere thought, which is quite powerful, as most others need to jack their way in via a terminal.

This ability has made our hero a wanted lady. Luckily she has a bunch of rogue-types to help her out, and she’s quite the capable fighter in her own right. From there you should basically know the drill; she completes sidequests for the destitute residents of a city that is the very vision of misery, while working through a main plot that involves corrupt power brokers exploiting everyone else for their own ends.

This is, unashamedly, a game for adults. About an hour in you get your first opportunity to pay for the sexual services of a prostitute. No, you don’t see anything going on, though doing so seems to help you get information out of her that way that helps you complete a side quest. As a theme, though, it’s pretty adult stuff. I admit that I did laugh out loud the first time I picked up some loot to discover that it was condoms. I guess what it lacks in monetary value it makes up for in the security it provides. Second hand porn is a quite common ‘reward’, too. Ew. 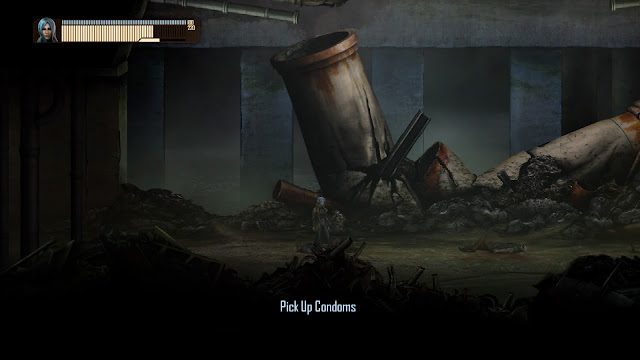 The thing is, The Technomancer was also incredibly adult, that game is genuinely adult, and it tackles brutally difficult topics around morality, philosophy, and wraps it up in an uncompromisingly violent cyberpunk world. Dex, meanwhile, is adult in a less satirical manner, but otherwise in a similar manner that South Park is; it’s adult for the teenagers who think they’re being edgy by watching something adult, but it’s a juvenile kind of adult that’s actually not that mature at all.

Characters are quite flat, and often actual stereotypes, and the plot doesn’t push or question. It flows well enough in delivery, but with its lack for depth it is more akin to a trashy page turner you’ll grab to get through a long flight than something that will genuinely get you thinking.

And I’d be remiss if I didn’t highlight that the voice acting is embarrassing, protagonist aside. Some of the other voice actors are just stilted, but, but others verge on insult. The nerd buddy that you meet early on manages to sound like a irritating cliché, and, worse, I bumped into a Chinese restaurant owner who gave me a side quest. Her English sounded like a white girl was trying to put on a “funny” Chinese accent. I apologise if the voice actor was actually Chinese – she’s just not good at annunciating for animated dialogue in that case, but if what I suspect is true, and it really was an accent thrown on by a non-Chinese actor, that nonsense is boardering on racism, so stereotypical as it is.

Sounds like the devs get a white girl to fake a Chinese accent? Way uncool :- #PS4share https://t.co/nObUHf24Jz pic.twitter.com/UOIze1wuSQ

What saves Dex is the actually gameplay stuff, which is a lot of fun, and more challenging than I was expecting. Initially I approached combat like I do most brawlers – going to town on the attack button and hoping to cruise while I learned the more complex systems at play. Boy did I get a quick lesson handed to me.

In practice, though Dex features an action combat system, you’ll need to go heavy on the block and roll commands, while watching the enemy’s attack patterns closely, to have any hope of coming out the other end with very little health left. The variety of enemies is actually quite impressive, too, so you’ll be kept on your toes from the start of the quest right through to its conclusion. The game is at its absolute best when there are multiple enemies to deal with, and they’re coming in from both sides. Ducking and weaving around has rarely felt this visceral in a 2D game.

The game boasts a nicely in-depth skill tree to unlock abilities with experience, and I was happy to see that it isn’t purely action-based. There’s room to upgrade Dex’s lock picking and charisma skills, for example, which allows you to approach a number of challenges in an alternative manner than trying to brute force it. It also means there’s going to be frequent opportunities to backtrack through the world; the locks, especially, are tantilisingly placed around the space, just waiting for you to upgrade your skill levels there. Stealth also works quite naturally in Dex, though it has relatively infrequent applications in this game. 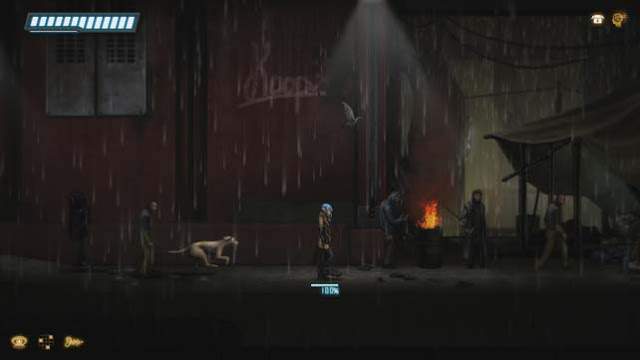 I ended up having a lot of fun with Dex, though playing it through at the same time that I was reviewing The Technomancer was a bit unfortunate for it. In belonging to the same narrative genre as a game that will be right up there with my favourites this year, Dex’s pulpy and limited narrative was disappointing. Thankfully, as an RPG/platformer, it still largely works, and will certainly help you kill off a rainy weekend or two.