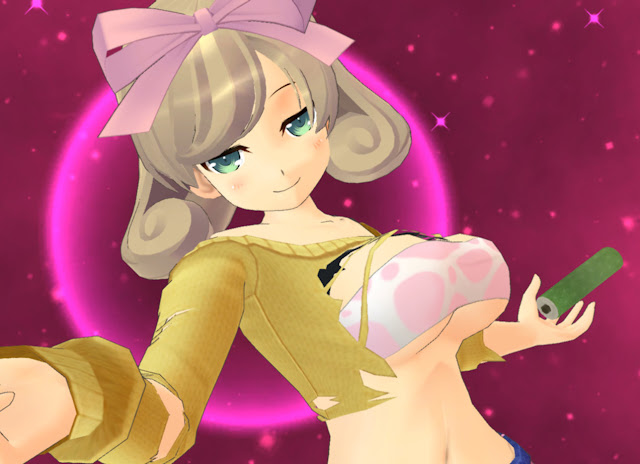 The Senran Kagura series is well known for its fast paced fighting mechanics and its ample fanservice. Taking both of these traits and really running with them, Shinovi Versus places the series’ ninjas into what becomes a battle royale as they represent their respective schools. Not wanting to lose for a variety of versions, each school sets out to either defend or annihilate the other for their own personal reasons.

Related reading: For a second opinion, check out Nick’s review of the PlayStation Vita version.

Having never stepped into the Senran Kagura series I was a bit worried that I would have no idea what was happening, especially given that this series has a lot of characters and history by this point in time with its many releases. This worry was half founded at first, and I struggled to keep up, though in the end it didn’t really matter as events are rather self contained. Even without a proper background, there is enough information passed through the conversations in cutscenes that will allow anyone, regardless of experience with the series, to understand the relationships between the major characters.

Senran Kagura Shinovi Versus plays host to two main single player modes and a secondary versus mode in which players can host challenges to fight other players online either solo or within a group. The first of the two single player modes is the main story that is divided up into chapters that shifts around each school’s point of view of the battle that ensues. The second of these is a much more lighthearted and sometimes hilarious sub-scenarios that have nothing to do with the main events but are entertaining in their own right. 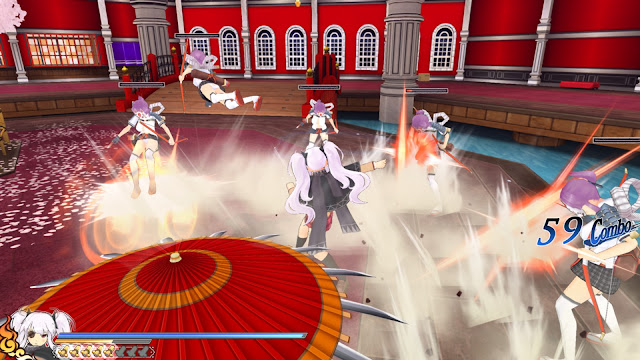 Across both modes, Shinovi Versus is more than simply the fanservicey hack-and-slash beat ‘em up that it appears to be on the surface. Make no mistake, there is a lot of fan service between the clothing destruction system, the sailor moon like transformations, the ability to customise what each girl is wearing (normal clothes, shinobi clothes, and undies), and the ability to enter a frantic mode that grants higher attack power by ripping off any of what’s left of the outer clothes of whatever girl you’re in control of so that she fights in her panties. But, in addition to this, a lot of time is going to be spent reading through what amounts to a visual novel, which offers a greater nuance than you might be expecting going into a game that tries to strip down school girls at every opportunity.

Having that length and depth of a visual novel to provide gameplay breaks is not a bad thing. Neptunia Action Unleashed was a game that I felt suffered because it did not have enough story to support the hacking and slashing that I felt ultimately became draining. Don’t get me wrong, I loved it, but it was missing that little something that Shinovi Versus has been able to provide in contextualising the button mashing.

Gameplay is straightforward enough. Like a lot of the Warriors series from Koei Tecmo, there is one button for a main attack and a second button for a sub or special attack if it is hit in the right sequence. There really is nothing new and exciting when it comes to combat, though this is a game that understands what works, and sticks to it. 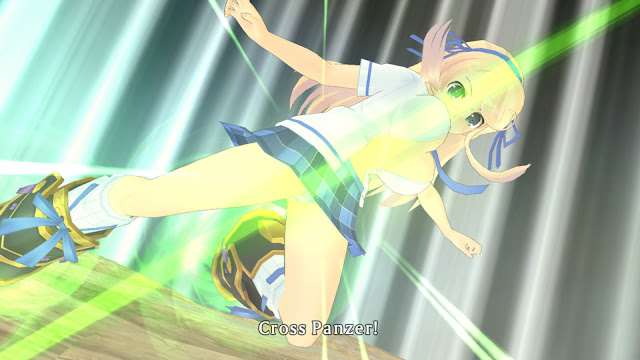 Of these combat scenarios there are two different types. The first places a gauntlet of minions between the selected ninja and the boss while the second places the boss right in the chosen ninja’s path from the get-go. The boss battle is the drawcard, and once defeated, it’s on with the story. Rinse and repeat. Finishing these stages gives character’s experience in order to level up and become more powerful while simultaneously giving money in order to buy new items at the shop. Without the story segments I’m really not sure everything would have held together as the combat scenarios themselves are very short… to the point that it feels like you’re spending more time watching short cut scenes of clothing tearing than actually playing.

Related reading: You might want to check out the Senran Kagura anime as well. Matt’s got a review of the anime here.

On a whole, while Senran Kagura Shinovi Versus offers more than a dozen hours of content, it doesn’t offer much variety in terms of gameplay. That being said, the visual novel-like storytelling does add enough of an interesting plot and characters that, assuming you’re okay with seeing them in underwear most of the time, makes this game worth playing through.