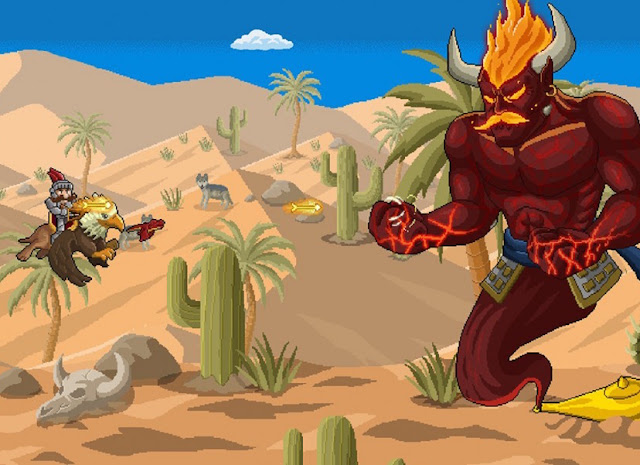 Review by Clark A.
Shoot ‘em ups have earned a permanent spot in the annals of video game history, but it’s no secret that the genre evades many conventions that characterise the current state of the industry. For most shooters, that’s fine and dandy because they have competent mechanics or serve up creativity in some other aspect. Thus, fans are satiated by the chewy centre of that archetypal candy.
Related reading: Shooter fans really do owe it to themselves to play Kromaia Omega as well. Clark’s full review.

If you’re well-versed in the medium, though, ask yourself this: how many shooters have you played with consistent, meditative storytelling throughout? Plot is often cast aside in favour of arcade-style point systems or clumsily executed in that the player has to conduct some research before even playing the game. Similarly, how many shooters have you played that featured no spacecrafts or cutesy anime gals? These are undying tropes that rear their heads in half of the genre, I’d wager. While there are always shooters like Parodius and Cho Aniki there to challenge the genre norms, even these tend to be over-the-top comical approaches or satires of the genre that acknowledge the medium’s tendencies; not straight-up “games” that just so happen to have a defiant vision.

And that’s why Gryphon Knight Epic etches a name for itself with the utmost ease. A simplistic medieval setting would be ho-hum in the context of, say, a platformer, but in a genre that clings to heritage, there’s an immediate novelty. The landscapes are equally motivating to those who have played their fair share of arcade shooters. Trekking through deserts or castles on the back of a gryphon isn’t something you’re likely to do elsewhere. 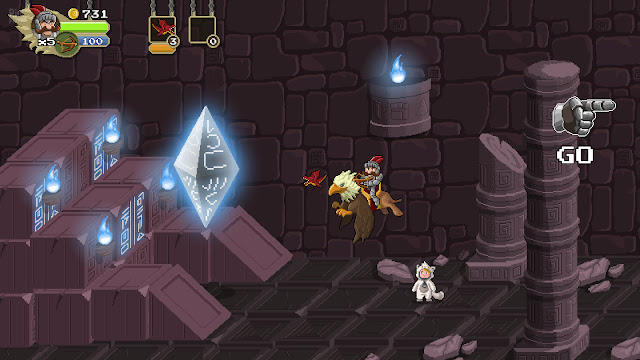 Gryphon Knight Epic’s plotline is not of Shakespearean quality, but the mere fact that one exists and isn’t nauseating makes it a victory. The developers appear to have carefully examined existing, proven tropes so as to make the tale reverent but unusual; never so new-fangled that it becomes abrasive. The tale follows Sir Oliver, a knight once responsible for felling a mighty dragon alongside a merry band of heroes. At the end of said skirmish, his comrades seized weaponry that turns out to be cursed and Sir Oliver must cleanse them using the amulet he claimed.
What’s most exceptional about the storytelling here is how it builds up boss encounters in advance to make them more meaningful. The level select screen provides information about Sir Oliver’s pals, generally filtered through his own perspective to simultaneously establish two personalities. By the time one of his former chums appears, the player has certain expectations and has been given time to ruminate on that fellow’s characteristics whilst shooting down legions of goons. The ensuing cutscenes, which incidentally happen to feature enough dialogue to ape most shooters, reveal just how far Sir Oliver’s comrades have fallen morally thanks to the dark influence of their weapons. Again, it’s the stuff of rudimentary fantasy, but downright refreshing even still.
The medieval theme is applied to more than just the story and setting, interestingly enough. For instance, players select one of three medieval titles such as Squire, which determine not just the challenge of any given outing but income earned. Think of a simplified version of the intensity system employed by Kid Icarus Uprising or Super Smash Bros. Once Sir Oliver has racked up sufficient currency, the player can blow it all on weapon upgrades, health supplements, and various other trinkets that create a more sophisticated sense of strategy and planning. Because the game constantly dishes out new items whenever Sir Oliver slays a milestone boss, there’s always ample reason to experiment by upgrading them and bolstering their uses. 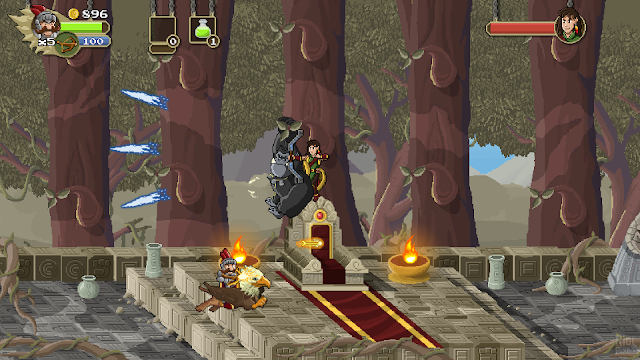 Even if you don’t much fancy the world of swords and sorcery, Cyber Rhino Studios has left its mark with a subtle sense of humour that should guarantee a few smirks. The game’s equivalent of a bestiary describes all of the game’s traps and enemies with a humorous flair. There’s even a few pointless items that exist purely for a giggle or two.
It’s a bit of a shame, then, that Gryphon Knight Epic’s actual levels aren’t thrilling enough to truly harness the game’s exceptional qualities. Stages tend to progress at a somewhat plodding pace and are let down by a couple of key quibbles. Unlike in most well-designed shooters that feature sizable playable characters, Oliver and his gryphon collectively constitute one hit box. This is to say that the player is forever a massive target and minor scrapes against enemy fire will be judged accordingly.
The other letdown relates to one of the game’s most distinct features; the ability for Sir Oliver to alter his direction at any time. Although levels will still scroll automatically, this should in theory allow for a very open shooter like few others. Unfortunately, because Sir Oliver is so susceptible to damage and the process of changing directions is clunky, this feature will go mostly ignored outside of its scripted necessity. Because the screen immediately begins to scroll in the direction players orient Sir Oliver toward, you’ll find yourself in spots where changing course is just as punishing as continuing face-first into an enemy. If the direction switching button had at least been mapped to a button right next to the fire function, this niggle might not have cut as deeply. 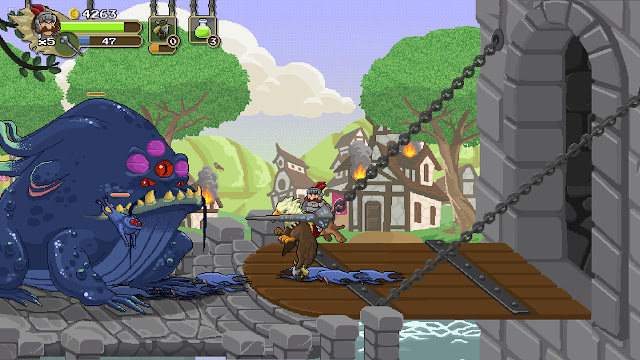 As is, though, a novel selling point that should differentiate the game and widen strategic options on the fly is rendered an afterthought. The developers could have implemented this mechanic in better, more meaningful ways to defy the conventional linearity of shooters. A system of branching pathways with rewards could amplify the replay value these types of games strive for whilst ensuring greater variety in the core gameplay loop. The most interesting execution we see here is squandered on a bit of backtracking. This isn’t to say the entire game is dull – far from it. Rather, it fails to realise its own lofty potential.
Thankfully, boss battles tend to wash the taste of blander levels out of one’s mouth. They amount to far more than dodging attacks and holding the fire button whilst anticipating visual cutes. Each one requires a different strategy to defeat such as knocking the mushrooms off a giant moustached tree or switching directions to take down a gladiator who wards off attacks with his giant shield. My personal favourite was taking down a djinn who can only be defeated by the power of an equally powerful being. You can probably guess how that one ends, but I appreciated that a hint was integrated into the game’s script. All up, these fatal encounters provide a more intellectual approach to shooters compared to ones that demand raw reflexes.
Gryphon Knight Epic might not be the most mechanically sound shooter to hit the PlayStation 4, but its raw ideas are abundant. It’s a humble game that somehow manages to stand out in the face of competition of all eras and styles, from R-Type to Mamorukun Curse. Players out of the loop with shoot ‘em ups won’t necessarily appreciate the adjustments its deviations from the formula, but there’s enough here for the game to take to the sky like the titular gryphon.

So, which Persona 4 character are you?