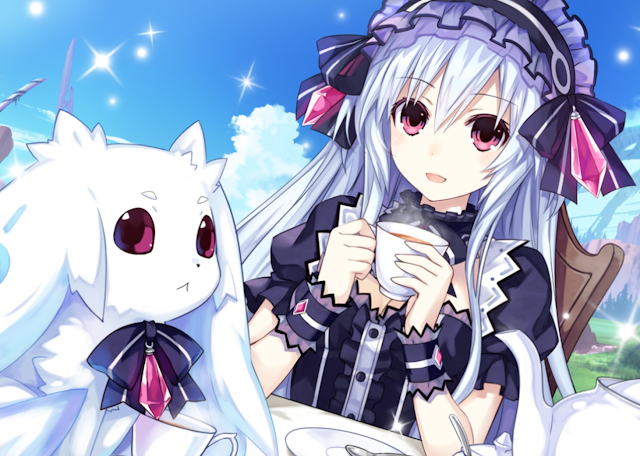 One of Compile Heart’s more under appreciated games, Fairy Fencer F on the PlayStation 3, was a genuine attempt to do something a little more serious than the Hyperdimension Neptunia series, while not losing the fanbase that Compile Heart games have carefully cultivated over the years.

It was largely successful in that goal, too. Backed with concept art by Yoshitaka Amano, music by Nobuo Uematsu, and character designs by Tsunako, Fairy Fencer F had this delightfully odd tone in offering some highly refined art and aesthetic design, while also being backed by gorgeous anime girls and plenty of light fanservice and otaku-styled humour. It was never going to be a mainstream game because it wasn’t gory enough and showed too much leg, but it was nevertheless a significant step up in terms of its production values and theme from other Compile Heart games, and it’s been a title that I have regularly returned to since its initial release in 2014, because it’s one that I can’t quite get out of my mind.

Now Fairy Fencer F is getting a second chance at finding an audience with Advent Dark Force on the PlayStation 4. An enhanced port of the original game, Advent Dark Force is probably more for people who haven’t played the original, but existing fans might as well pick it up, as the enhancements are significant enough to justify giving the game a second whirl.

At the start of Fairy Fencer F, we find ourselves in control of Fang, a lazy vagabond who wanders into a village that features an Excalibur-like sword buried in rock. None of the townsfolk are able to pull this sword out, but he does so effortlessly, as the sword has chosen him (see, just like Excalibur). To Fang’s surprise it’s not really a sword, as it turns out. It’s a fairy, called Eryn, who exists within the sword, and she tasks the very reluctant Fang with seeking out more fairy swords.

Almost immediately they run into Tiara, a rather gorgeous woman that is also seeking out fairies, and knows far more about them than Fang or Eryn. She needs their assistance to kill monsters and help her retrieve the fairies, so she teams up with them (gaining Fang’s assistance by promising him free food), and their adventure starts in full. Along the way they meet and party up with other eccentric characters, get themselves into some weird and wonderful situations, and otherwise set about saving the world. Or perhaps not. There are multiple endings to this game, and not all of them are positive.

Ultimately, the party’s goal is to use the power of the fairies that they’re collecting to revive a goddess that has been pinned into place by a large number of swords driven through her body. Only the magic of the fairies can remove these swords, and each sword pulled out also powers up a fairy. This is why the god of destruction, pinned right next to the goddess, is so tempting. The power that he provides the fairies for each removed sword is significantly more than what the goddess does, but with each sword the game’s warnings that you’re doing the wrong thing and setting free an absolute evil become more urgent. It’s a fairly simple way of representing moral conflict, but it’s an effective one, since the consequences of your choices aren’t really evident for the longest time when you first play this game – in other words the decisions that you make are indeed driven from a purely moral point of view, and each player will have their own threshold for drawing the line between capitalising on the power of the god of destruction, and the discomfort in doing something that is apparently the wrong thing to do. 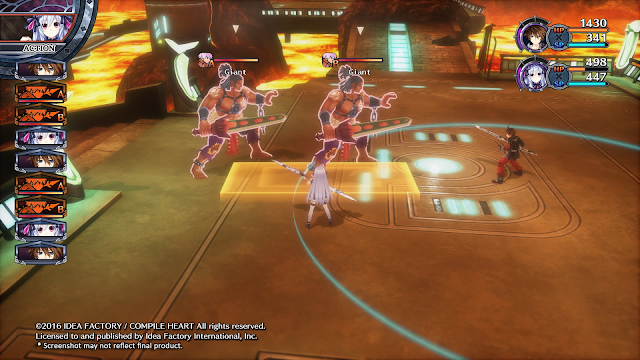 In my original review of Fairy Fencer F, I mentioned that the game also functions as a useful metaphor to explore relationships, and of course none of this has been changed in the port. Each human character is bonded with one of the fairies, and can gain additional power from them by allowing the fairy to run them through in their weapon form, which transforms them into powered up warriors, not unlike the transformations in Hyperdimension Neptunia. I still would like for this theme to be explored in greater depth, as I do think the absolute trust theme is introduced powerfully and then left to fade into the background, but perhaps this could be material for a sequel down the track.

Fairy Fencer F is Compile Heart’s best looking game on the PlayStation 4 to date, though that is more because the art direction is just so strong, rather than any technical brilliance. Tsunako’s designs, especially, are just incredible. Her use of clean, defined lines and rich colour makes each character distinct, and absolutely gorgeous both in motion and the stills. As usual, she has a better touch with the women than male characters, but gosh they are gorgeous, and relatively subtle for her usual work. Tiara, for example, is decked out in a stunning blue dress, and as she runs around and fights, you’ll see only the slightest hint of blue underwear underneath, which is still fanservicey enough, but all the more tantalising than Compile Heart’s usual MO of dressing their girls in skirts they may as well not be wearing, for all the concealment they provide. 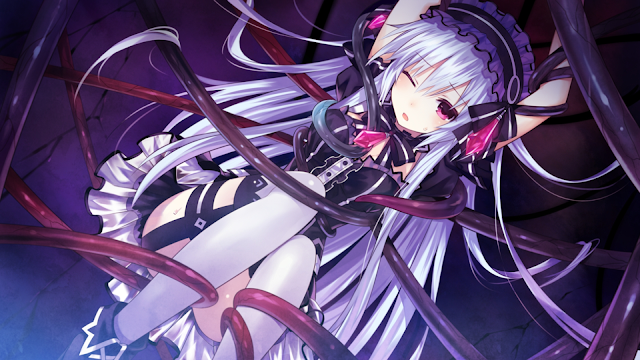 None of that is to suggest Fairy Fencer F has lost Compile Heart’s sense of humour, though. Characters tend to get themselves into ridiculous situations, and Fang’s laziness and fondness for food makes him a handy source for light ribbing. And then there’s the girl that thinks nothing of stripping down in front of everyone… while the overall narrative in Fairy Fencer is more serious, how it gets there still pushes humour further than almost any other developer would be willing to go.

In terms of new content and changes in the PlayStation 4 game, there’s some good new stuff in there, with characters and plot lines helping to develop the world of Fairy Fencer F further. Is the content enough to say that this is a wholly new game? No, but it’s far more than a simple port as well.

You may well have missed Fairy Fencer F on its first round, but it is nonetheless a worthy JRPG, and it’s great having it on the current generation PlayStation. It might not be as completely over the top as some of Compile Heart’s other work, but it’s a load of fun for the studio’s fans nonetheless, and its relative subtlety might just help get it over the line for people who find the Hyperdimension games just too silly for their palettes.

Nier: Automata is confirmed for GOTY 2017