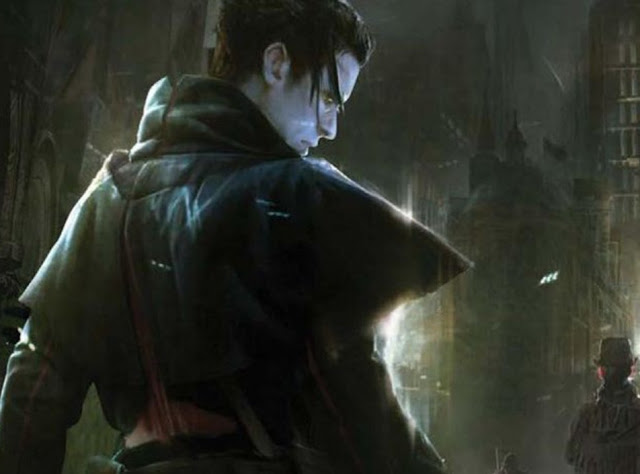 Frankly, a name like “Vampyr” is so cliched horror by now that if it wasn’t for the developers I probably wouldn’t have looked at it twice. But this game is by Dontnod, and I devoured every second of this E3 trailer as a result.

Related reading: Matt’s review of the first episode of Life Is Strange, by the same developer as Vampyr.

Dontnod is best known for its brilliant Life is Strange, but before that it did the deeply, regrettably underrated Remember Me, an action game with a particularly strong and worthwhile narrative. And that’s why I’m so keen on Vampyr, which is being billed as a horror action RPG. Dontnod know how to make story-heavy games, and it does so with genuine thematic depth, which means that this game can be expected to be much more than a generic, cliched horror game.

And judging from this trailer, the action looks slick, the atmosphere looks thick, and the production values look right up there. It’s still early on at E3, of course, but this is currently my game of the show.

The press release below:

Vampyr, the new Action-RPG from acclaimed game-development studio Dontnod, explores protagonist Jonathan Reid’s moral plight in the E3 trailer. Set in London, 1918, Vampyr promises to offer a unique and deeply immersive experience with a strong and engaging narrative steeped in vampire mythology. The E3 trailer unveiled today introduces the nightmare your hero must live every day now he has become a real monster.

You play as a veteran of World War I, Doctor Jonathan Reid as he tries to come to terms with his transition, and the hunger that drives him to kill. Vampyr includes a unique level-up system that plays on this narrative conundrum, where huge amounts of experience points can be gained by feeding on innocent people, compared to combat. As a doctor, you must decide how many lives must be sacrificed in order for you to find a cure for this “disease”, the ultimate goal of Jonathan.

Taking lives in London is not easy. Killing too many in a district may cause its infrastructure to collapse and turn into disarray. Every single life will also have a butterfly effect on the other NPCs surrounding them; a merchant’s wife could be killed and he could decide to close shop and leave town. Every life you take away will have consequences for the city and the people around them: Cursed be the choice!