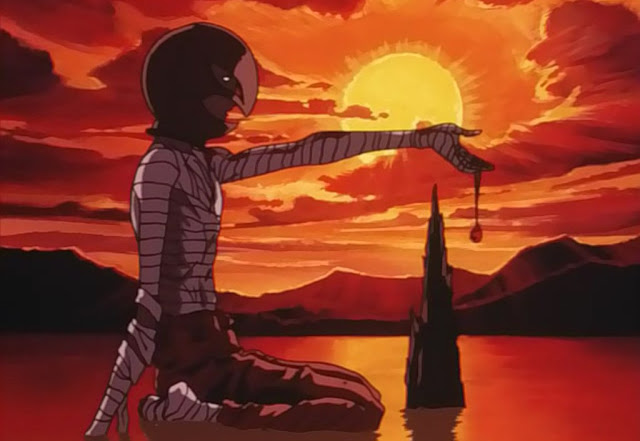 Koei Tecmo has been teasing a brand new Warriors title in the lead up to E3. We had been thinking it might have been based on a western franchise, which naturally led us to stuff like Lord of the Rings and Star Wars, but as it turns out, it’s another anime franchise instead. Not that I’m complaining, because that franchise is Berserk.

Related reading: Matt’s review of one of the Berserk anime films.

But by the same token, I’m a little concerned by this one, because Beserk is a difficult idea to turn into a game. Beserk, for the uninitiated, does not hold back on the horror. Not even slightly. This series is unflinchingly adult, both in terms of gore and eroticism, and this is something that the Warriors games have never done before. Even Fist of the North Star, which is a plenty brutal anime in its own right, toned things down so that it wasn’t going to attract an Adults Only rating.

But Berserk cannot compromise and remain thematically true. This game would need extreme bloodletting, the fetishisation of violence, and, yes, sexual violence, in order to depict the absolute evil that its narratives centre on. This is going to be really difficult for Omega Force to pull off in a way that allows the game to get past the censors and critics.

But then again, Koei Tecmo hasn’t let us down with those anime tie-in games yet. Arslan: The Warriors of Legend, especially, stuck perfectly true to the Arslan franchise, while appropriating the action to suit.

And the teaser trailer, while short and not showing a second of gameplay, absolutely nails the tone of Berserk. This trailer alone has kept my hopes high – it looks like Koei Tecmo knows what makes Berserk such a distinctive experience, and is running with it.

This is certainly a game to watch, in other words. According to Koei Tecmo Europe, this is due for a release on PlayStation 4, Vita, and PC, but there seems to be some confusion out there, and US audiences might only be getting a PC release, for some reason.