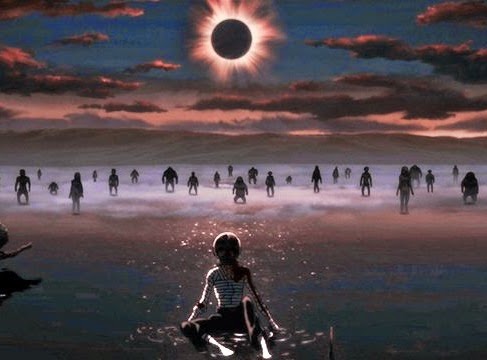 Berserk’s concluding chapter is horrific, with some of the most sickening gore and sexual violence imagery that you’ll ever see in a mainstream anime work. What’s so fascinating about it is that this extreme imagery is completely within context and the anime would be a lesser work were it not for it.

Naturally it’s better if you’ve watched the first two Berserk films, or at least are familiar with the manga or anime before watching this one, but if this is your first experience with Berserk then it’s enough to know that the plot involves a unit of warriors in a medieval-style world who rescue one of their own; a decrepit, withered husk that is barely alive and has had all his critical tendons severed, leaving him barely capable of moving at all.

He comes across an artifact: a pendant that looks a little like a heart, and somehow he activates powers within it, and then everything goes to hell, quite literally. The magic of the pendant causes an eclipse, which brings to life a couple of demons. These demons offer the withered-husk guy the opportunity to turn into a demon himself, in return for the bloody sacrifice of all his companions, which he accepts. Then as a demon he proceeds to rape the female commander of the unit as all the males are bloodily slaughtered by hellish monsters right from a Lovecraft story, before she and one other soldier are able to escape, forever tainted by witnessing complete despair. 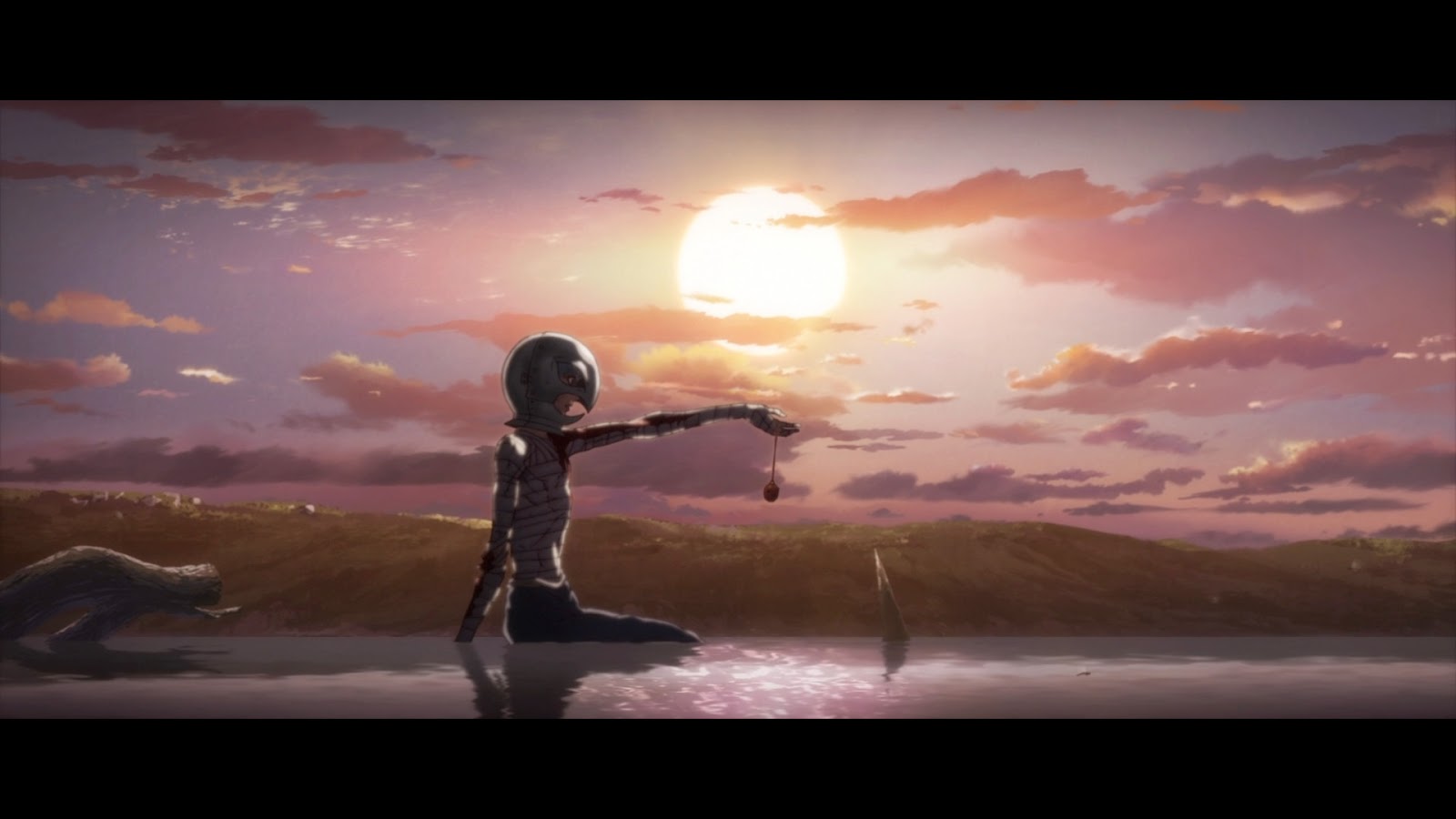 Watching the third film in isolation, that’s likely all that’s all you’ll understand. Terms such as The Four Angels, Egg of the King and even the names of the characters won’t be especially memorable, but that’s okay, because Berserk: The Golden Age Arc III’s strength is that its general message and philosophy is so explicitly clear it will have an impact regardless of how familiar you are with the manga classic or its other adaptations. It tells a distinctly human story of weakness and fear, and how such emotions lead ever towards evil.

The eternal conflict between good and evil is more truthfully the conflict between the desires of the self vs the health of the community, and we see this play out in explicit detail in Berserk. Griffith (the cripple) makes a very simple decision based on a mixture of both personal ambition and fear for what has happened to him, and in doing so he condemns his allies to the most horrific of deaths. It’s something we clearly identify as an evil action, but it’s also easy to sympathise with the withered state that the horrors that Griffith himself has suffered.

Berserk wouldn’t work if it wasn’t so extreme and explicit. If we’re not feeling squemish as we watch a man with his hand stuck in the bite of a demon watch the rape of his beloved, and then hack his own arm off in a desparate bid to free himself to try and help her, then we couldn’t understand the sheer depravity of the monsters that are bringing such evil to the “good guys.” If we didn’t see bodies being shredded and rivers of blood, then the fact that we are so desensitised to violence means that we would not empathise nearly as much with what was going on. 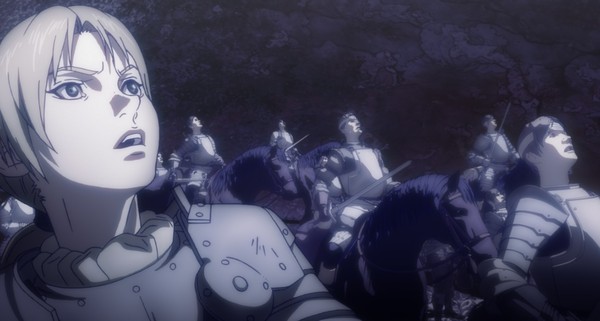 For us to understand the play between good and evil that goes on in this anime, in other words, we need to be shocked way out of our comfort zone, and The Advent is a work of horrific beauty in pulling us into a place where we we really don’t want to be, but we need to see it in order to understand what the anime wants us to know about the nature of evil. People aren’t born evil. They’re born ambitious, or proud, or angry, but they only become evil out of some kind of perceived need.

If Berserk’s animation quality wasn’t so exceedingly high that the anime would also lose much of its impact – an issue that certainly plagued the first two films. Rich colours and detailed animation, along with some very cinematic effects (such as a simulation of a camera rotating around a character a full 360 degrees) set a gorgeous, dynamic European scene, and when the action and violence picks up it’s explicit, visceral stuff; the kind of thing that the film very much needs to support its themes.

It would be insane to suggest that this film, like previous Berserk works, is for everyone. The sheer intensity of the violence and sexualised horror mean that it’s not something for the mainstream, but people who are comfortable with being made uncomfortable will get a lot from this one. 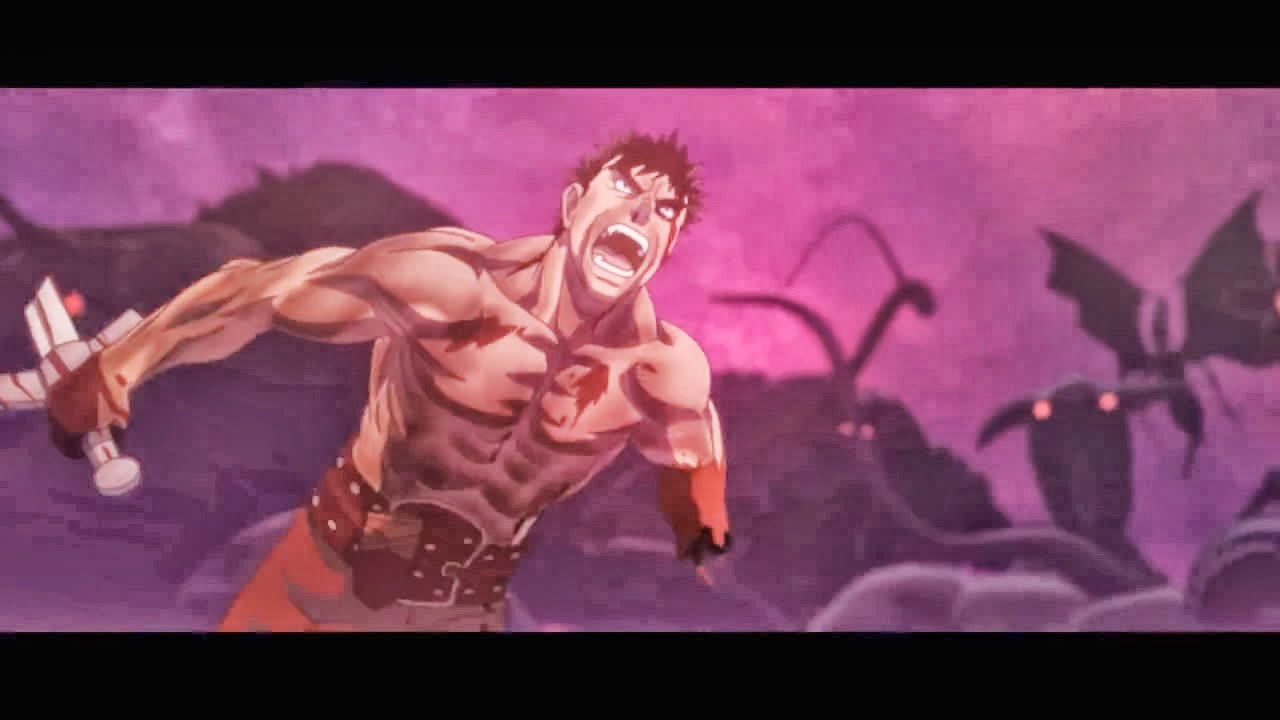 With regards to the Blu-Ray disc, Berserk: The Golden Age Arc III – The Advent contains plenty of worthwhile features, including exclusive interviews, art galleries, outtakes, original trailers and more. I haven’t seen the DVD version to compare the twi in terms of raw footage quality, but as I alluded to above, this is one darkly, horrifically, beautiful piece of animated art.

Trailer: Ubisoft has a new Assassin’s Creed game on the way for the PlayStation 3 and Xbox 360

Review: Back to Bed (PC)