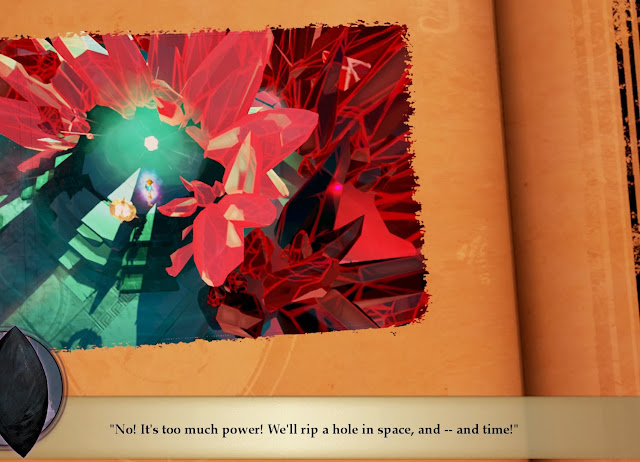 Stories: The Path of Destinies could best be described as an action RPG wrapped in a Choose-Your-Own-Adventure picture book. I don’t mean that in the sense of having a choice-driven narrative, as is so common in games these days, but that Stories has as a core hook something that’s almost unique to pick-a-path books: the ability to take knowledge gleaned from certain paths and apply it in others.

This is, of course, something that you can do in other games; rewind, load a save, or simply restart from the beginning, knowing what you now know. But in Stories, “keeping your finger on the previous page” is central to the game, to the point that the only way to see the true ending is to go through at least four “bad” ones.

Stories follows Reynardo, a reluctant hero who finds himself roped into a fight between an evil empire and a rebel uprising. Certain events early on see him in possession of a strange tome, and from that point on, any time he dies (through narrative means, not gameplay), he’s returned to the moment he first opened the book. Think Edge of Tomorrow, but in a fantasy setting.

Combat in Stories: The Path of Destinies is a thing of beauty #PS4share https://t.co/OvjCBq4RTR pic.twitter.com/bUEwGDh4zx

In order to get to the true ending – the sole ending out 25 that doesn’t leave him dead or otherwise incapacitated – Reynardo needs to discover four important truths, which in turn open new choices for subsequent runs. Knowing, for example, that the Iblis Stone is evil and will corrupt its wielder’s soul leads to new paths with Reynardo trying to resist its influence, or otherwise trying to use it for the greater good. If playing through over and over again sounds tedious, don’t worry, as a single run only takes an hour or so. Furthermore, the game conveniently marks which choices you’re yet to make, and if you find yourself discovering the same key truths while others remain hidden, choices leading to the missing truths will be highlighted.

What’s interesting about this setup is that there is very little crossover between the different paths. If you were to plot out the choices on a flowchart, there’d be a lot of branching paths, and almost no converging; there are 25 paths, and 25 unique endings. The tradeoff to such a wide-reaching branching narrative is it doesn’t have a lot of depth. It’s your typical fantasy tale of a rebellion against an evil empire, complete with love between enemies and betrayal among friends, but the brevity of the storytelling moments means none of these ideas really get explored to much degree.

This isn’t to say it’s not interesting, and much of draw to playing through again and again is seeing the different paths and enjoying the narration that comes with them. The picture book framing and third-person narration makes it really feel like Stories is, well, telling you stories. Even as you play through them and direct where they go, the game manages to make you feel like a passive audience, almost like you’re a kid being read a bedtime story, and that’s just delightful. It helps that the writing is lighthearted, humorous, and well put together, even if the editor in me cringed at the amount of word repetition. The storytelling becomes even more fascinating once you’ve discovered some (or all) of the truths, because there’s extra narration injected to account for this newfound knowledge. Sometimes you’ll get an additional line here or there; other times you’ll get whole extra scenes or new choices will become available. 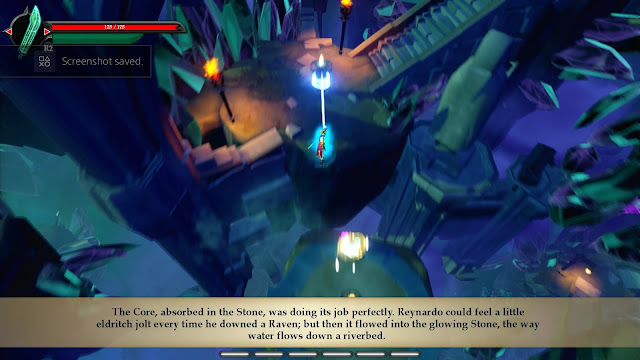 Narration isn’t just limited to cutscenes, either; some of the best parts are when the speaker responds to your actions in the game. One such snippet, when I was playing around with my newly-discovered Dash ability: “ ‘This must be why they call heroes dashing,’ Reynardo thought to himself.” The narrator similarly comments on your combat prowess, discovery of treasure, levelling up, and just about anything else you can do in the game. Think Bastion, but more tongue in cheek.

Laced through all this is an action RPG that doesn’t exactly push boundaries, but rather focuses on trying to do a good job of the tried-and-true. Combat itself is almost Arkham-like, with a big focus on parries and counterattacks; It’s a mechanically simple, but the rhythm and flow of it is a beautiful thing. Once you get your momentum going, battles become graceful and almost balletic.

A standard levelling system gives you skill points to improve your stats or give you extra perks, but these feel a bit undercooked, sadly. The very first ability you learn is the Hook Shot, a Zelda-like grappling hook that drastically alters both exploration and combat; this whetted my appetite for similar upgrades throughout the game – upgrades that never came. As you level up, you’ll get perks that make you stronger or more efficient, but nothing that really alters how you approach battle like the Hook Shot does. Exploration is limited to simple puzzles, and the tease of a growing arsenal of ways to navigate the environment is never delivered upon. 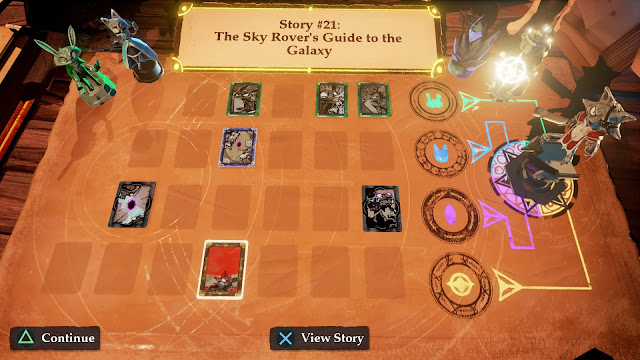 In addition to the levelling system, you can also craft and upgrade different swords using parts found on your journey, but this is woefully underdeveloped. There are four swords you can craft, and each one can be upgraded exactly once. It takes two, maybe three playthroughs to get all the swords, and four of five to max them all out; after that any parts you find are useless.

The swords themselves have unique abilities that can be used in combat, but aside from the Hero Sword’s healing, I almost never used them. The other abilities are far too inconsequential to justify spending mana that could much better be used for emergency healing, especially when that healing is one of your only sources of health – there are no potions (or any items, for that matter), and health pickups are scarce. The crafting system itself is very simplistic, with each sword or upgrade requiring a certain number of an item simply called Parts, and a handful of Fire Essence, Water Essence, or Wind Essence.

These weapons also double as keys for opening elemental doors, but this are far from satisfying, especially when they’re one of the game’s few sources of exploratory play. Sometimes these doors will have a simple puzzle behind them, but they’re the same puzzles as you find everywhere else; there’s no way of using the swords to aid exploration and puzzle solving. The prize you get for unlocking the door is… a chest containing weapon parts, which become moot far too early in the game. Some chests will also contain gems that can be socketed into your gauntlet for small stat boosts, but again, the effects are too inconsequential to feel rewarding. 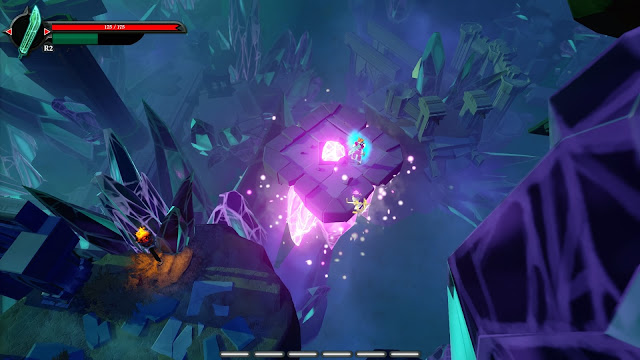 Luckily, the joy of unfurling Stories’ myriad of tales makes up for its mechanical shortcomings. If the RPG mechanics are your main attraction, you’ll probably be disappointed, but as an experiment in choice-driven narratives, Stories is clever, impressive, and well worth a look.

On NORTH: A game everyone should play to learn some sympathy for refugees