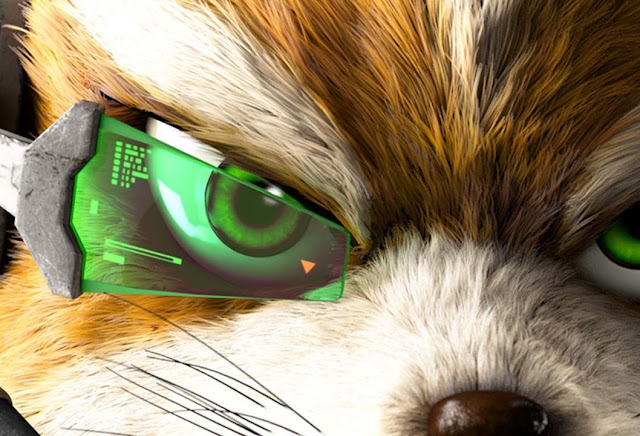 This review’s a little late, but that’s okay, because I wanted to use it as an opportunity to explore the response that Star Fox Zero got from quarters of the game criticism community. So it’s going to be an unconventional review, but hey, most of you are aware of how I like to do things unconventional by now.

Related reading: Clark does a retro review of Star Fox 64.

The polarising bit that Star Fox Zero experienced was in its controls, and it’s something that some people got along with, and some did not. I usually hate describing what buttons do in reviews, as I don’t believe that reviews should be instruction manuals, but in this case it’s relevant; the motion controls of the gamepad handle aiming, one stick controls movement, the other controls the pitch of the plane. The shoulder buttons shoot, the face buttons do other stuff like activate defensive somersaults. The gamepad’s screen gives you a cockpit view of the action, which helps with aiming. The TV screen gives you a behind-the-back view of the action, which helps in keeping track of what’s going on around you.

If all that sounds relatively complex, it’s because it is. The developer, Platinum, clearly wanted to give you a taste of the experience in being in a fighter plane, and as such has implemented some basic flight simulation mechanics, while also trying to use the dual-screen experience of the Wii U in a meaningful manner. 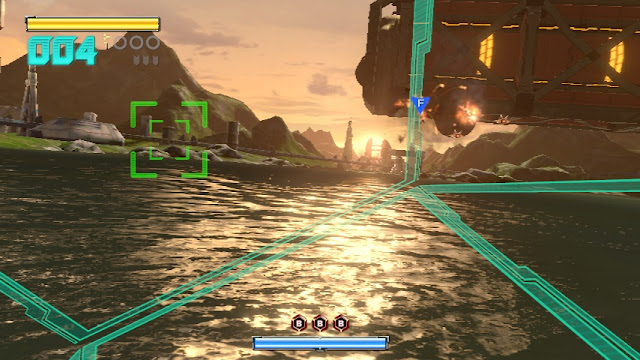 I can appreciate that this won’t sit well with absolutely everyone. Flight simulators are a niche genre, and even when streamlined down to the basics, you’re still looking at a learning curve in just getting control over the aircraft, much less being effective with it in combat. For people who do enjoy flight simulators, though, it’s a good thing indeed. There is an absolute joy to feeling like you have a mastery of an aircraft in the sky (and/ or space, in this case).

I liken it to the difference between driving cars in automatic, rather than manual. Technically, you don’t need a manual car any longer. It’s a more complex way to drive. Automatic cars “control” better, and there’s less room to make mistakes. But there are people that still prefer driving manual, and luxury cars rarely even offer an automatic option. Why? Because, simply, the manual option feels more like driving.

And that’s how it is with flight simulators. You can reduce flight to a single control stick if you want. But many people would rather have an experience that creates a rush of piloting a plane. And while Platinum hasn’t created a flight simulator here, the developer clearly wanted a basic set of flight sim-like controls to give the dog fights of Star Fox Zero a rush above and beyond something ground based. 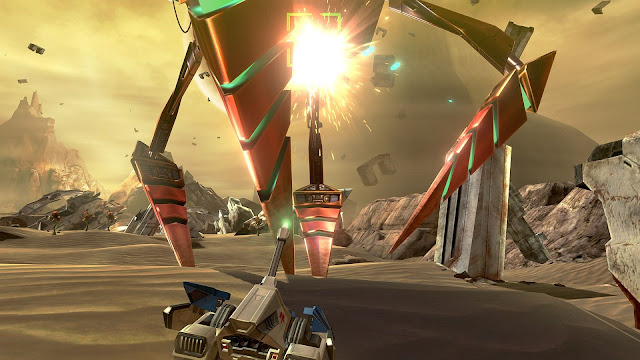 And Platinum succeeded. Take the time to learn Star Fox Zero’s mechanics, and there really is that soaring sense of being in a cockpit, with missiles and lasers firing in from all directions. It’s hectic and chaotic to be swapping back and forth between the gamepad’s screen and the television, that’s absolutely true, but the action is invigorating, exciting, and dynamic. Going back to one of the earlier Star Fox titles now feels flat. It’s not because this game is more attractive or faster paced in its action. It’s because this game lacks the busywork interaction between controller and screens. It’s the right kind of busywork, as frustrating as it can be at times.

I can understand why these mechanics might not sit well with someone. What I can’t understand is why someone would actively criticise the game for this. It makes as much sense to me as criticising a Ferrari for being a manual.

I don’t think the game is perfect, mind you. I think it’s mechanically spot-on, but I find the game is far too traditional; relying far too heavily on the same level structures, designs and events as its predecessors. There are moments where I actually had to go back to Lylat Wars (what Star Fox 64 was called in Australia) to check if a part of a level in this new game was not ripped wholesale from its predecessor. Trading on nostalgia is one thing. Being such a slave to tradition that people question just how new the game is is quite another. 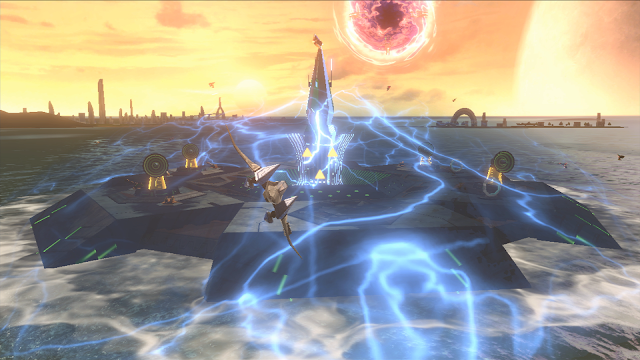 At least it looks absolutely gorgeous. The fluid animations and vibrant colours, on both screens, really drew me into the adventure, and for the first time when playing a Star Fox game I actually felt constrained by the arcade shooter-linear level design. I badly want a much more open flight combat game – with No Man’s Sky on the horizon, and the likes of Elite Dangerous already out there, I suspect people’s patience will start to wane when presented with glorious space operas that don’t actually offer space.

But that gripe aside, I enjoyed Star Fox Zero a great deal. I found it challenging, but rewarding, vibrant and dynamic without being beyond my skillset. I don’t necessarily understand – nor agree – with people criticising the game for trying to be a streamlined dogfight simulation, but at the same time I don’t think this game has nearly done enough to push it forward. It has been a long time since Star Fox 64. It’s quite reasonable to expect that a new generation game in the franchise would not be directly comparable to what has come before.