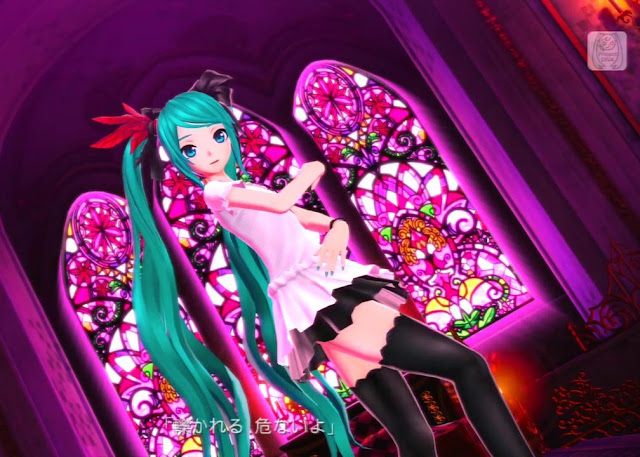 It’s been at least a week since I last wrote something about Hatsune Miku, so I figured I should do something about that… and what better way is there to talk about good music than making a top 10 list?

I could intellectualise it by highlighting that in the music space, charts, lists, and rankings have been more important than any other art form, and therefore doing a list of my ten favourite Hatsune Miku tracks and pretending its something definitive and objective is somehow fitting. I could do that… but I won’t. Really I just wanted an excuse to put my favourite Miku songs into a single list.

So, without further ado, here we go! Let me know your own favourite tracks in the comments!


This is actually the song that really caught my attention with Miku. Project Diva F being my first Miku game, this was one of the first songs that I played, and the smouldering tone of the track, coupled with the catchy tune and, well, raunchy, video clip was certainly distinctive and original. Over time I’ve become less infatuated with this one because of its simple construction, but nonetheless, every time I hear this track I get a rush of nostalgia.


This track has become really, really addictive to me recently, and I am not 100 per cent sure why, exactly. It’s boppy, high energy and cheerful little track. It’s also quite shallow, and not something I generally listen to, but I dunno. Perhaps it’s the spirit of it, or just the fact that the music’s melody melds so well with Miku’s voice, but this is a track that has become seriously stuck into my head.


This track is really Japanese, and really, really cool. The actual music behind it is really quite complex, and there are some really interesting instrumental versions of it if you’re ever interested. Miku’s voice is the icing on the cake in this instance, which is rare because I usually come to Miku music for her voice, but it’s a good accompaniment anyway.

7) Dear Cocoa Girls
Is this possibly the most cheerful Miku song of all time? It’s surely up there. Dear Cocoa Girls is one of those beach party-vibe songs, like Miku is channelling the Beach Boys, and as such it has a bright, airy, summery vibe to it. The actual music tends to fade right into the background in this one, with Miku’s voice really dominating, in the most sunny way imaginable.


What I really like about this track is going to sound really odd, but it’s that Miku doesn’t sound perfect. It almost seems like she struggles to hit the high notes in the chorus, and that is so appealing because Miku, so often, sounds too perfect. There’s a humanness to the singing in this track, and, coupled with its infectious cheer, makes this a genuinely unique, creative, and enjoyable as a result.


Surely this is Miku’s most famous track of all time, and with good reason. The backing music is rich and nuanced, and the track itself is long enough to have a sustained drama to it that helps deepen the experience of listening to it. The more serious tone to it is also a refreshing change to the bubblegum pop that constitutes a lot of Miku music. I realised this most clearly when I saw her live last year; when backed by a real band this song absolutely lifts the roof.


Rolling girl is a spectacular little rock anthem that really plays to Miku’s strengths as a voice – it’s fast and words roll together quickly. Combined with the strong piano-based score, there’s a strong sense of narrative drama to this track, and, again, shows a more serious side of Miku, representing the extent of what is possible with the vocaloid software in the hands of someone who really knows what they’re doing with it.


One of Miku’s most famous tracks for sure, World is Mine is spectacular, even if the characterisation of Miku isn’t exactly one I get on board with. Point is, though, this is well-formed music track, with a good structure, rises and falls through its full length. And hey, some people do like the selfish hime-type Miku. She might not be my Miku, but I can see the appeal.


The newest entrant in my top ten, I discovered this track thanks to Project Diva X, and was immediately in love with it. Using Miku’s “Dark” voice bank, this track shows a more smouldering, sensual kind of music, which is relatively unusual among Miku tracks. So, again, this is a side of Miku that we don’t often see. I like that.


My very favourite Miku track is one of the real classics. Key is a dark, grungy kind of track. It also has a raw effect that I quite like, as a English track before Miku actually had an English voice bank – meaning the end effect sounds quite unrefined and, therefore “human.” The CD that this track comes from: Hatsune Miku Orchestra,  is a must-have in general, and this is the real stand-out in that lineup.

Going hands on with the sublime Grand Kingdom