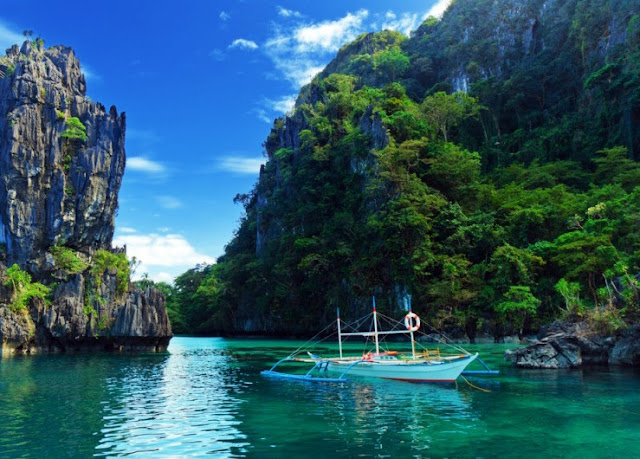 Recently, Ubisoft announced that it was building its first development studio in the Philippines. With a team already established in Singapore, the global publisher already had a presence in South-East Asia, but for the Philippines this has represented a massive opportunity for the development of its games industry.

A healthy games industry has large development studios. These studios offer young and aspiring game developers the chance to cut their teeth on projects, and learn how games are put together by working with experienced professionals at the management and executive level. Basically, in working for a major studio, a young developer can continue his/her education. That way, when he/she breaks away to join a small team or start a new business, they bring that experience to the table, and the independent studio’s output is better.

Even one or two major studios in a country is enough to start generating a flow of talent into the broad industry, so with the formation of the new Ubisoft studio, the Philippines industry is in a good place indeed.

I sat down with Chip Go, the studio manager of the new studio, to discuss the new opportunity and what some of the team’s initial plans will be.

Digitally Downloaded (DD): Why did Ubisoft select the Philippines as the location for its new studio, when the country isn’t well known as a game development hub?
Chip Go (CG): It’s true that there isn’t yet a huge development scene in the Philippines today, but there is a tech-savvy, creative, young generation, who speak excellent English, love video games and who benefit from excellent education in many fields that are relevant to video game development. Our experience with expat Filipinos at Ubisoft Singapore was also key to deciding to invest here – the Filipino team members have proved themselves to be excellent team players, experts in their fields, and have become a key part of the Singapore team, contributing to the AAA development projects underway there. This experience with Filipinos already at Ubisoft was an important element in deciding to open a studio in the Philippines.

DD: I see that the studio is going to be working on supporting Ubisoft’s other studios in AAA production. Is there any particular areas that it will focus on?
CG: This will all depend on the team that we put in place. Right now we’re recruiting for all sorts of positions – programmers, designers, artists, support staff…once we have the initial team set up, our scope will be clearer. But yes, the goal is to work on AAA projects in collaboration with other studios in the Ubisoft studio network.

DD: Will there be room for the studio to also take the lead on projects?
CG: To begin with, the focus will be on collaborating with other studios as an associate studio. As we grow and build experience and expertise, we will want to work on larger and more ambitious parts of games, and eventually who knows what the future may hold!

DD: It’s great to see game publishers investing in SE Asia. What are the general advantages that these countries offer game development compared to other locations in the world?
CG: There are important factors such as excellent educational opportunities and an excellent command of English. Our own experience in Singapore has reinforced this; we opened Ubisoft Singapore back in 2008 and the studio has grown to more than 300 team members since then, working on AAA titles. Also, in general, the SE Asian region has a growing market for video games, in particular mobile and free to play games. By being present here, we’re able to benefit from more in-depth knowledge in those fields. So the advantages are two-fold – we can access new and untapped talent, and grow into a high-potential market.

DD: As the first major publisher to open a studio in the Philippines, will Ubisoft also take a leading role in developing the broader game development community?
CG: Of course. As in other locations where we have been key players in growing the video game development scene, we want to get involved to ensure that there is a healthy ecosystem to support our efforts. The best example of this in the Philippines is the collaboration with De La Salle university. We will be hosted on the De La Salle campus, and are collaborating with the university to launch new programs aimed at training students for jobs within our industry. We’re in this for the long run!

DD: What are the challenges involved in setting up a studio in a market that doesn’t have a large development industry, and how are you addressing these?
CG: Of course starting something from the ground up, in a new country always has its challenges. We are fortunate to have the support and experience of the Ubisoft group behind us. Sharing experience and learning from experts is key when setting up a new studio with team members who may have little experience in this particular industry. We benefit from the fact that Ubisoft Singapore is just a short plane ride away, and initially a number of experienced and senior team members will commute regularly or even move across to the Philippines for a few months, in order to mentor the new team members and accompany them as they learn the ropes. Our collaboration with De La Salle university will also play a key role here, in ensuring that we grow the base of talents even further for the future.

DD: Ubisoft’s network of game development studios is now truly global. What’s the experience like in working with so many different studios, located in so many different places around the world?
CG: It’s a very enriching experience. There are challenges in terms of time differences and not always being able to discuss face to face, but ultimately this network of studios is what enables us to release high-quality AAA titles on a regular basis. Communication and sharing is essential to the success of these cross-studio projects, and we’re continuously learning how to make the process more smooth and efficient. Also, having contributions from different studios (and therefore different cultures and people who have a different gaming experiences) makes for exciting new innovations and features. Some very exciting things emerge from this type of structure!

DD: What are the most exciting opportunities that you see for this new studio going forward?
CG: Building up the team is going to be great fun, seeing who will be joining us on this awesome adventure, and getting started on our first projects! I’m also excited to see how the partnership with De La Salle will inspire and motivate the next generation of developers here in the Philippines.

DD: What are some of the other games that have come out of the development scene in the Phillipines that have impressed you?
CG: Filipino studios are particularly good in the art domain. Some of the game art that has gone into AAA games, and that was created in the Philippines, has been very impressive!