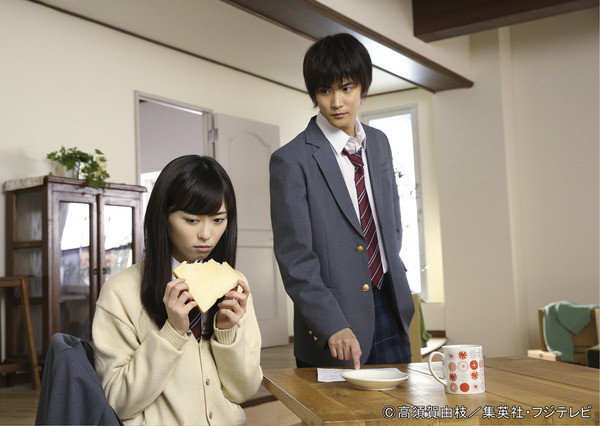 Good Morning Call is perhaps my favourite thing on Netflix now, and indeed, as far as I’m concerned, it’s the best validation of the long term worth of Netflix as a platform. Once the initial lustre of the streaming service wore off I was left wondering if it would degenerate into a delivery tool for Americanised enterainment and culture. The existence of Good Morning Call has given me faith that Netflix, the company, has a long term ambition to make Netflix, the platform, an accessible repository of culture from all around the world, available to everyone .

Good Morning Call is a comedy TV series that is based on a girl’s manga series that ran from 1997 to 2002. It stars Nao, a 17 year old high school girl who has to live by herself, after her parents move out to the countryside, so that she can finish her studies in the city. She finds an amazing apartment for a cheap price. It sounds too good to be true, and it turns out to be that way; an unethical real estate agent rented the place out twice, and Uehara, the most popular boy in school, has also been duped. Rather than try and find somewhere new to live, and move again, the two decide to live together as housemates… and that kickstarts a whole series of comedy as the two try and hide the situation from others, deal with each other’s irritating quirks, and then Nao develops a crush on Uehara.

It’s a very Japanese kind of comedy, filled with situational humour and highly exaggerated behaviour from the actors to create an element of physical comedy. From the outset the exaggeration will mean that this humour isn’t for everyone, but if it does click you’ll find it silly and charming and amusing all at once.

You can see differences, both subtle and overt, in the way this series approaches its humour when compared to American sitcoms. It’s more talky, it’s not reliant on a laughter track and the kind of catchphrase delivery beat that American sitcoms rely on to keep the audience interested. It’s also more innocent than the raunch you can imagine that the American equivalent would get up to. Indeed, the western version of this should would move things to college dorms and drop the uniforms, because where Japan’s Good Morning Call is sweet and innocent around its romance themes, the hypothetical American version would struggle mightily to avoid sexualising the same scenario. And then it would be creepy that the protagonists are still at high school. 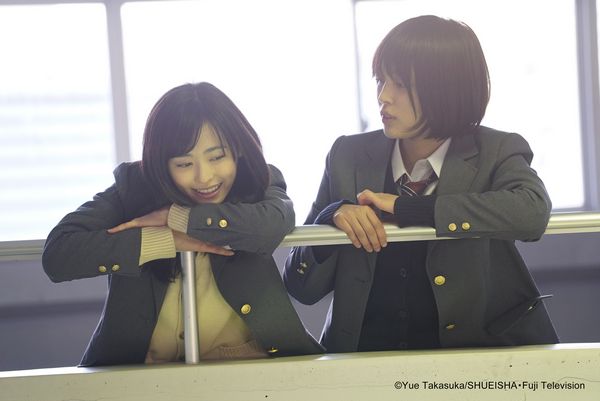 Because of those differences, Good Morning Call is distinctly “foreign” in tone. And beyond the humour, there are other elements that would be seen as too quaint to find a place in a western comedy – the idea that a girl would cook to impress a guy she has a crush on is something positively 50s to a western audience, for example.

But Good Morning Call is absolutely delightful. The chemistry and sparring between the two leads is truly entertaining stuff, with both Haruka Fukuhara as Nao and Shunya Shiraishi as Uehara nailing roles that manage to be completely different to one another, and yet their relationship is believable in an “opposites attract” sense of the word. Fukuhara, in particular, is absolutely gorgeous (and adorably cute). A 17 year old in real life, her sense of comic timing and the maturity that she brings with the more serious moments is truly impressive, and well beyond what most veteran comedy actors are capable of. Fingers crossed she has a long career in Japanese cinema to come. The supporting cast is also universally talented, and the way they bounce of one another is nostalgic for the kind of social dynamics that go on in real school life.

I’m only halfway through the series so far, but I binged through five episodes in a single day over the weekened… and that’s after watching some of the new House of Cards series. That’s how much I’m enjoying this; it replaced Kevin Spacey.

Related reading: Six of the best Asian films on Netflix for Aussie audiences.

Because, again, this is so different, and the fact Netflix picked it up for international distribution is both really impressive and a good sign of what’s to come from the service in the longer term. To date, in Australia, Netflix’s foreign film and TV catalogue has been really poor, but if this is a sign that we’re going to see more of an effort there than I’m one happy camper.

A week of indie interviews: On bringing surreal Zelda-style adventure, Anodyne, to console