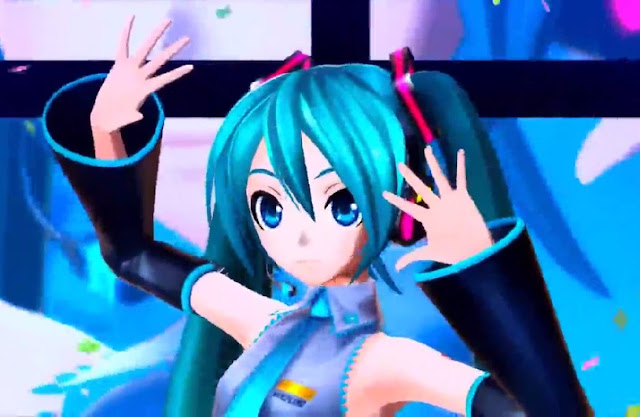 It takes some real cajones to take a popular song and change it completely. I think we forget that in a world in which covers are more commonplace than original music; if you’re going to take something great and do something with it, even when it was your creation in the first place, you had better hope the new take is just as good, because no one appreciates people messing with their favourite music.

So when I realised that Hearsnative2 is really centered around a single song, and that song was a remake of Hatsune Miku’s brilliant character theme song I’ll Miku-Miku You (For Reals), I was actually quite impressed. It either took overwhelming confidence or complete arrogance for the artist to think they could take one of the most iconic Hatsune Miku songs ever and improve on it. Either way, there’s certainly a strong case to suggest that Kamo Tsuruta & Mosaic.tune succeeded there.

If this CD sounds of interest to you, you can pick it up from Play-Asia:
Minna Miku Miku Ni Shite Ageru – Heartsnative2 [CD+DVD Limited Edition] (Kamo Tsuruta & Mosaic.tune Feat. Hatsune Miku)
A couple of things first; I’ll Miku-Miku You is the most brain-melting cute, poppy, disco-themed song in Miku’s massive library. It’s silly, it’s cute, and it’s adorable. It’s also quite old, being one of the first Miku tracks to get any kind of traction, and that means that it’s using an earlier sound bank (in fact, the original 90-second one that you see in Project Diva 2nd was produced just a month after the original Miku software was released). So, like vinyl records, there’s an objective inferiority to the sound quality of that particular track; if you were to stick the track through some kind of robot that can only distinguish sound quality in raw terms, without any kind of subjective spin on it, then I’ll Miku-Miku You will probably not come out so well.

Of course, just like vinyl, the older Miku voice banks have their fans that enjoy them precisely because they do sound old, and I happen to be one of those. Miku’s earlier voice tech sounded so adorably cute, and the heavy electronic twang at the end of her notes ensured that while she didn’t sound human by any means, her voice has a personality all of its own. And when she’s singing about Miku Mikuing me… well, Miku can Miku me any time. Like other examples of bubblegum pop (Aqua immediately springs to mind), the mostly nonsense lyrics of this particular track also have a cute, flirty, even sexy tone to them, which only further enhances their charm.

But the big question is this; it’s quite one thing for a silly, happy song to use that voice bank for a novelty track. It’s quite another to take the basis of that song and try and spin it into something more genuine. That’s the Heartsnative2 ‘full version’ of the original song. Now, expanding the 90 seconds of sugared bubblegum bop music into a sustained five-minute long track probably shouldn’t have worked nearly as well as it has. In a song that didn’t actually need nuance, the producers here have added layers and complexity, and have also given Miku’s voice a more nuanced workout itself. The track now has proper movements through it, and at first it’s actually quite odd to someone who has listened to that 90-second “incomplete” version far too many times. 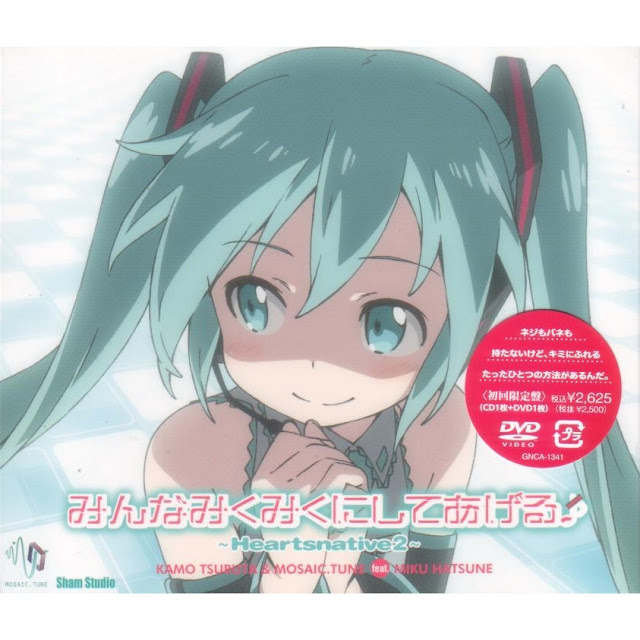 It’s not the relentlessly happy Miku Mikuing me kind of track, but the version of the song in Heartsnative2 is still a real highlight across all of Miku’s library, and as the marquee title for the album, it’s a heck of a bang to start with.

Other songs don’t far so well. Heatsnative2’s take on Luka Luka Night Fever is really quite poor, for example. Luka’s deeper voice cut through the original song quite well to give it a stronger, genuine, disco beat to it. What we get on Heartsnative2 is something that is energy for the sake of it, and the too-bright voices are nearly chipmunk-like in shrill tone in places.

And I will say that a common issue that I have with Miku CDs is the lack of planning that goes into the flow between tracks. For every Evils Kingdom or Attractive Museum, which are highly produced so that there’s a narrative that flows between tracks as well as within them, there are examples like Heartsnative2, which behave more like compilations. It’s not an issue that makes me feel that the CD is necessarily poor value or flawed, and when the balance of the music is of a quality that it is in Heartsnative2 it’s certainly hard to fault the direction that the producers took, but I am a narrative guy at heart and I do like sitting down with a CD like Evils Kingdom and being immersed within its narrative across an hour or so.

There are other tracks that I assume are remixes of existing vocaloid music, but they were obscure or inferior music tracks in the first place, and I don’t know if I’d even recognise them. For those tracks, the remixes don’t do much. However, there are other tracks that almost get to the same quality as Miku-Miku You. The remix of World’s End Dance Hall, for example, has a rave style to it that I really got into, while the chaotic chiptone theme running through the remake of Matoryoshka was oddly addictive. Finally, I’m struggling to think of an electronic song that is smoother then the remix of Senbonzakura on this album, and I’m honestly coming up blanks. That particular track is the closest the album comes to having a change of pace, and it’s a hugely welcome one.

Despite the small issues and singular focus on energy, Heartsnative2 is a genuinely interesting little album. The title track is a fascinating piece of Hatsune Miku’s history and belongs on a timeline of the character’s development in showing her progress, and that one track is well worth the album in itself. Throw in some of the other high-quality tunes, and a video DVD that’s good fun in its own right, giving us two takes on a music video for the remade Miku-Miku You, and with a couple of other real highlights in remixes of existing Miku tracks, this becomes one of the more distinctive and interesting Miku CDs, and one that collectors and fans will find a lot to appreciate.

Happy Lunar New Year: Celebrate with us by watching these five films!