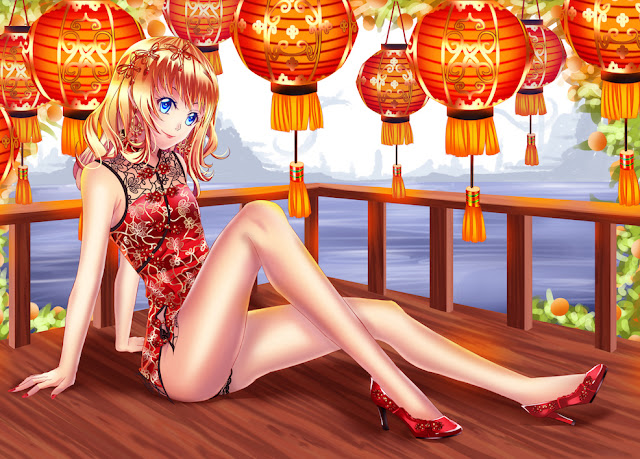 New Year is to the Chinese (and many other cultures, especially through Asia) what Christmas is to the Christians; it’s a major event for family bonding, festivities, and tradition. And it’s an event that traditionally has such a gorgeous aesthetic, with lots and lots of red (a colour for good fortune), dragon symbology, music and, if you live anywhere near a Chinatown in your local city, a massive street party.

We thought that to do our little bit to celebrate Lunar New Year, we’d list a couple of our favourite films of Chinese origin. China has a vibrant and well-funded film industry, and while we don’t necessarily see a lot of the films it creates (because, like with the Japanese and Bollywood, domestic consumption is the first priority), the stuff that we do see tends to be pretty special. So, if you’re in the mood to celebrate Lunar New Year with us, grab yourself a copy of one of these films over the course of this week, or let us know some recommendations of your own in the comments!

(Also a shout out to all the other cultures that celebrate Lunar New Year throughout Asia and the rest of the world, of course!)

You probably knew that we were going to feature an Ang Lee film in this little wrap. You probably assumed that it would be Crouching Tiger, Hidden Dragon. Which is a brilliant film, but everyone lists that one. Instead, we’re going to highlight his incredibly sexy historical drama, Lust, Caution. Set during the Japanese occupation of China around World War 2, this film follows the story of a bunch of kids that start a resistance movement by sending one of their own to seduce one high-ranking Japanese official, with the goal to assassinate him.

(Mind you it must be stated that the sex in this film is neither gratuitous, titillating, or exploitative. It’s one of the few films for which sex is absolutely essential to the narrative, and such is Ang Lee’s genius that he pulls off something so explicit with such class and restraint. 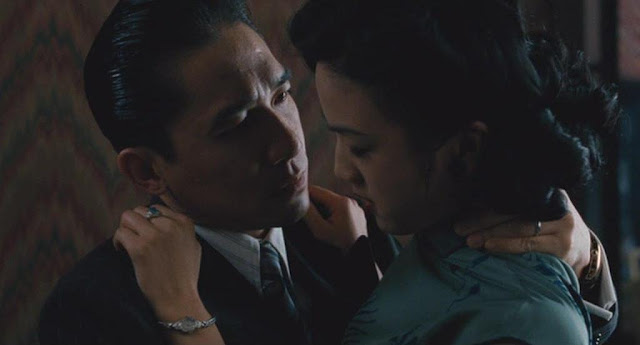 Hero is clearly a propaganda film. Let’s get that out of the way from the outset. We’re talking about a master assassin who goes to a great deal of effort to almost assassinate an emperor, only to decide at the last moment that he doesn’t want to, and receives the punishment that you might expect he would for trying. It’s based on real events from the warring states period (yes, Dynasty Warriors fans, that era), but there’s a lot of fantasy and revisionists history going on to build the kind of “ye must respect authority regardless of sacrifice” line that the modern Chinese government mandates in its people.

But as a politicised drama, it’s also quite fascinating, and as is typical for Chinese film when backed with Government money, it looks absolutely stunning in Every. Single. Scene. At the time this film was created (2002) it was the most expensive film in Chinese history, and it absolutely drips with that money. Jet Lee’s raw martial arts abilities are also on display in full, and regardless of how well the politics sit with you, it’s difficult to watch this film and not be left absolutely breathless at its vision and cinematic mastery.

John Woo’s American films are… well, they exist and to say any more of them would trigger me off on an entirely different tangent. But when Woo comes home to China, he finds himself right up there with the best. Dynasty Warriors fans will love his lengthy retelling of one of the most famous battles in Chinese history, and this film is the one that replaced Hero as the most expensive Asian film in history, so it goes all out on every level to be the grand epic that the material demands.

Filled with plenty of impressive action scenes and battles, it never allows itself to get too bogged down in storytelling, but at the same time it understands the importance of building an emotional connection between the audience and the heroes from ancient times that fought this one. It helps that Woo cast Tony Leung and Takeshi Kaneshiro as leads; both these men command gravitas every time they are on the screen.

Just don’t waste your time with the original abridged version that was released into the west. It was meant to account for the shorter attention spans of western (American) audiences, and in fairness at 288 minutes long, the original two part cut of the film probably is beyond most western audiences, but it lacks the sustained punch that the original vision held dear. A bit like how people probably struggle to watch Laurence of Arabia now, but if you are going to watch it, you’re not going to watch a cut down version, are you? 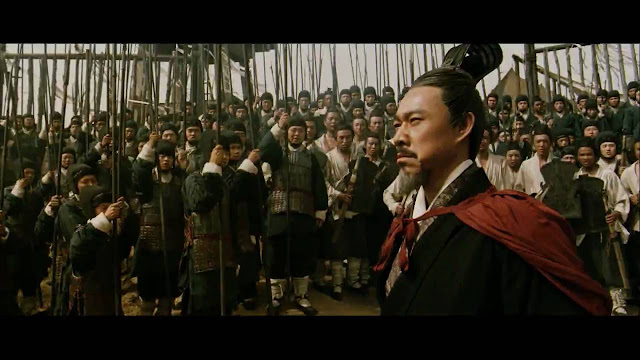 The Curse of the Golden Flower

It’s really difficult to think of a film that exhibits more beautiful cinematography than this one, but historical drama, The Curse of the Golden Flower, is much more than its decadent use of colour and elaborate set designs. Chow Yun-fat leads an absolutely spectacular cast in this political period piece film about betrayal, loyalty, and love.

This is a slow paced film, and really quite labyrinthine in its storytelling. Coming late after a period where the west was in love with big, expensive, Chinese action films (including Hero, mentioned above, House of Flying Daggers, and Crouching Tiger, Hidden Dragon), I suspect the lack of action and pacing hurt this one; not many people seem to remember it.

And that’s a pity, because even looking past the incredible storytelling, and truly artful cinematography and set design, the concluding act of the film includes the most breathtakingly beautiful combat scene we have seen in cinema, ever, as ten thousand soldiers wearing golden armor and golden chrysanthemum emblems storm the emperor’s palace.

An example of a Hong Kong New Wave film, this story of two lovestruck police trying to work through their existential crisis’ brought about by living in such a claustrophobic place as Hong Kong is by turns deeply funny, deeply touching and deeply profound. Its vision of Hong Kong, and the lives people live within the concrete jungle both unflinching in its honesty and romantic in its dreams. Its repetitious use of western music, as covered by local artists was an inspired way of reinforcing the rhythm of the narrative. Chungking Express is the kind of film that finds its way onto film studies curriculum over and over again, and for good reason; it’s a genuine masterpiece of cinema, and well deserves the respect that it gets. 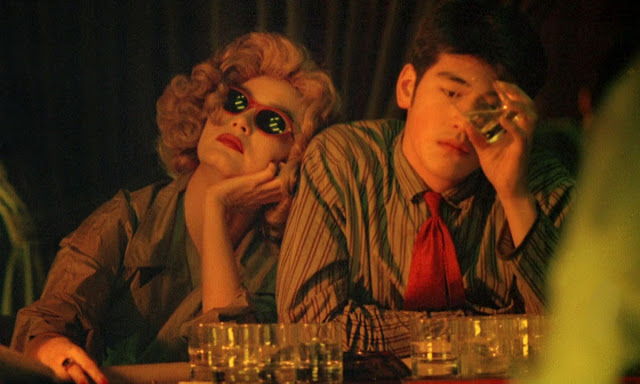 OH MY GOD! Harem Risette is getting a figurine