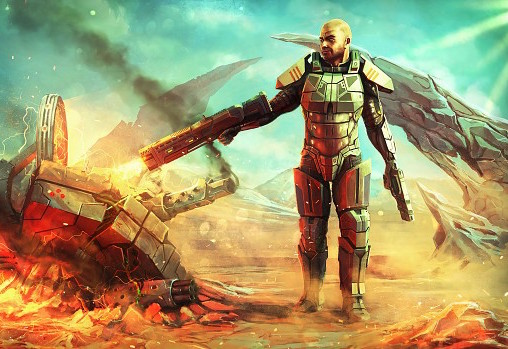 For people who have been following global politics, one of the biggest news in recent months has been that Iran and western powers (US etc) have come to an accord about Iran’s nuclear power goals, and that in turn has meant that the west has started to ease sanctions on Iran.

Now, for the games industry, this is really great news. Suddenly Iran is able to participate in the global games market. Where previously developers from within Iran have found it difficult to build international relationships (and thus develop games for international markets, or be part of the global AAA development market), now they can.

And Iran is a nation with a deep history, culture, and respect for intelligence. As much as it has a global reputation for being an outlier, it is also a country with excellent education infrastructure, a rich heritage in the arts, and both of these things mean that it could become a real centre of game development excellence.

We’ve only just seen the sanctions start to come down, but already one developer has taken advantage of this new opportunity. Raspina has published E.T Armies, a action-heavy FPS that we might never have seen otherwise if those sanctions remained up. I sat down with the studio’s head, Aria Esrafilian, about what it means to Iran’s local games industry now that the sanctions are down, and what kind of games we can expect to see come out of the country in the future. 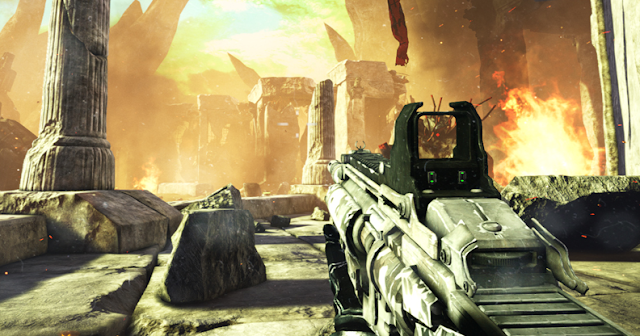 Digitally Downloaded (DD): Congratulations on the release. It must be good for Iranian game developers that it is easier to release games outside of Iran now?
Aria Esrafilian (AE): Indeed it is. For Iranian companies it is now much easier, and direct relationship is possible with major countries in game industry, especially with the European region. We are working hard to make these relationships professional, fruitful and positive in all aspects to create a very positive image for Iran game industry.

DD: What’s the game development industry like Iran? What kind of games can we expect to see coming out of the country now?
AE: The game industry in Iran has been active for less than a decade now but it has grown rapidly recently. We already have active mobile developers who are developing various games for our own local market. Of course because the industry is young it’s unfair to expect massive AAA size projects, so developers are mostly focused on indie size projects but hopefully we are aiming to expand this horizon rapidly in near future.

DD: Do you think Iranian developers will become known for a distinctive style, as Japanese games are? What will that style be? We really hope for that. Till now, most of our efforts were in reaching global standards, tools and methods to be able to find our way in this industry.
AE: It’s so risky for new developers to base their projects on a whole new style but gradually more and more developers are willing to either focus on Persian unique aspects such as Persian histories, culture, mythologies or its amazing literature. We really believe that Iran has great potential and we hope we can deliver many unique and high quality games in near future.

DD: Are there many games from Iran that represent the local culture? What would you recommend to me, and how do you think your game represents Iran’s culture?
AE: As one of the games that would somehow give you a nice feeling of Iran’s county sides, I can suggest Shaban, which has had pretty positive feedback, or Garshasp, which came to market in 2010, which was a great game at that time that offered a nice hack and slash in Persian mythology world. 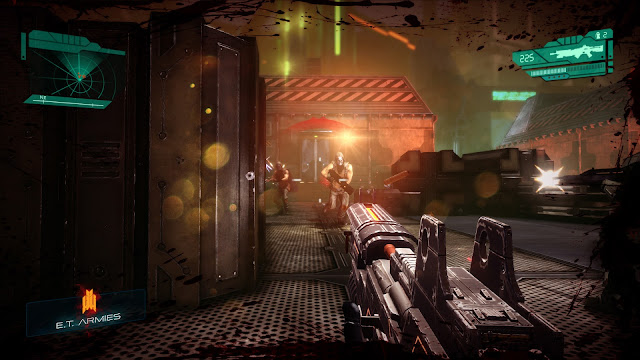 As for our game E.T. Armies, we wanted to create a new atmosphere and feeling by using new environments and visuals while mentioning the hatred of war among all people. The game also has a unique environment that features some inspirations from Persian historical places like Persepolis.

DD: What kind of western or Japanese games do you see in Iran, and are any of them particularly popular?
AE: In Iran we have around 20 million people who play video games, ranging from casual mobile users to hardcore fans for PC and consoles. So almost all genres and games are played in Iran. Of course some games are great hits and everyone talks about them. Especially some online hits on cellphones like Clash of Clans!

DD: Were there any unique challenges that you experienced in making this game that you might not have expected to experience if you were based in, say, the US or UK?
AE: E.T. Armies was a really huge step in development, and of course, having easier access to US and EU companies that are in center of industry or accessing to some middlewares and technologies would have made our work much easier and faster. We had to solve or figure out many things from scratch. Besides that, publishing the game, visibility and easy access to game festivals and such was a really hard thing which is getting easier and easier day by day.

DD: What is it about the FPS genre that made you want to work with that genre?
AE: The shooting genre always had a special place between competitive players all around the world and especially in Iran, and we really wanted to deliver such a thing for Persian gamers. We were also big fan of sci-fi stuff, and that’s how we wanted to focus on a FPS sci-fi game. Although it was a really big project as our first move and we had lots of hardship making it, I think it was a successful project and we will use everything we’ve learned for our next projects. 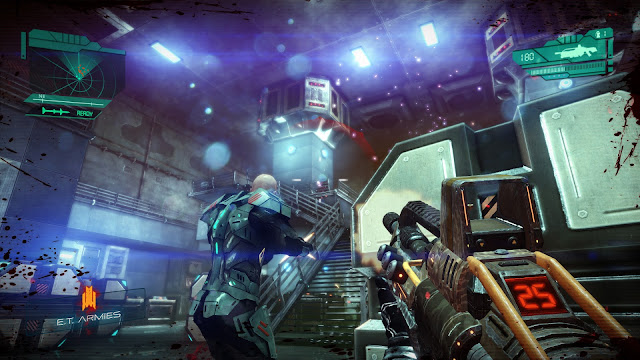 DD: How do you think indie FPS games can compete, given how many games in the AAA industry belong to this genre?
AE: Thanks to powerful AAA games in this genre and mass of players who like it, an indie FPS game does not necessarily need to compete with those blockbuster games to be able to be successful. They can attract a good portion of this player base by delivering different art, atmosphere or generally new feeling in their game while keeping up the quality.

DD: What are some of the games that inspired your team?
AE: We always tried to choose our own way in development but we really wanted to make a standard shooter game so trying to understand top FPS games was inevitable. Killzone 3 was the biggest one, we were so much in love with this game and how it handled every aspect of the genre perfectly. We looked closely to Crysis at the time too while keeping an eye on the Call of Duty series for some gameplay features. Of course there were lot more games that we’ve played and analyzed as well.

Related reading: It wasn’t developed in Iran, but Arslan is a game about a fantasy vision of Persia. Matt’s full review.

DD: Finally, what games are you playing at the moment?
AE: Since from now on our focus is on unique games with distinctive art styles, playing most of creative and indie titles is a must, which we do weekly. Besides those we casually play online games like Destiny and Hearthstone, or sometimes try to compete with each other in FIFA battlefield!

Check out the cast of the upcoming Fairy Fencer F: Advent Dark Force