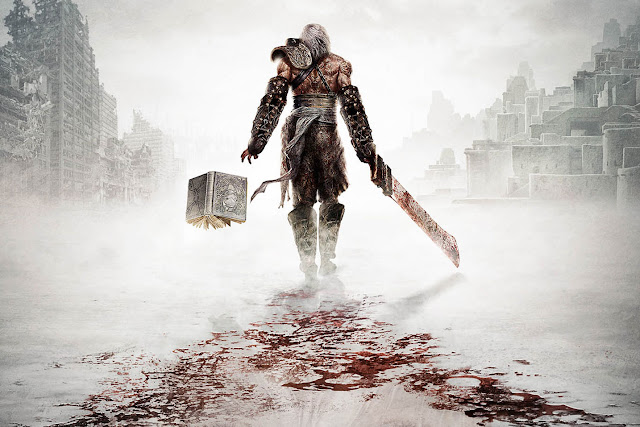 “Auteur” means something a little different to “artist.” To put it in simple terms; Auteur is a theory within film criticism, which applies to film makers that are able to make films according to their personal artistic vision, and so those films then reflect, in a very meaningful way, the creative vision and worldview of the film maker.

In games, we don’t generally think of “auteurs.” Games are made by large teams of people, and those teams of people create a vision that, while often artistic and artful, is not the vision and personality of any one single person. But there are indeed some auteurs out there, and this week, we’re taking a look at ten developers from Japan that are so distinctive that you immediately know that you’re playing one of their games, even if you weren’t aware of it beforehand.

Goichi Suda’s games have one of the most instantly recognisable styles in gaming – his work is full of colour, movement and vibrancy, often with a overblown B-movie plotline and an affinity towards highly stylised violence. Suda contributed to a few point and click adventure games with mixed results, but first hit his stride with 2005’s Killer7, an action game featuring supernatural assassins. The game polarised critics but generated enough interest to allow the development of No More Heroes, which was received a much warmer reception for its parody of open world gaming, humour and story. Suda’s games are often loud and abrasive at first while hiding deeper commentaries on art and culture, making it hard to understand his vision unless you’ve played the game thoroughly. Expect a wild ride filled with pop culture references, absurdity, bright red blood, a very unlikely protagonist and exciting boss battles where swords somehow overcome guns every single time.

Starting off with a background in art and design, Rieko Kodama started working at SEGA in the Master System era. This was a time when development teams were very small and often aspects like visual design would be left to a single person – and Kodama’s work stands as one of the most recognisable and distinguished portfolios in the business. After significant work in both visual design and writing for Phantasy Star 1 and 2, Kodama was given a directorial role for Phantasy Star 4. The Phantasy Star series would go on to be renowned for successfully implementing science fiction themes into the JRPG genre. Kodama would go on to work in a producer role for more flagship SEGA titles such as Skies of Arcadia and Magic Knight Rayearth. Currently, she is the creator, writer and producer of the 7th Dragon series of handheld JRPGs, a well received but unfortunately Japan-only series.

Fun fact: The latest 7th Dragon game, 7th Dragon 2020-II, has an appearance by Hatsune Miku as an NPC and has a bonus mode which turns all the game’s BGM tracks into vocaloid songs (BRB, gotta make an import game order – ed.)

Whether you love or hate the comparison, it’s clear that the comparison between games and film is here to stay. One of the best game directors to walk that line is Shinji Mikami, formerly of Capcom, proceeding to form Clover Studio, PlatinumGames and Tango Gameworks. With a legacy career lasting more than 25 years, Mikami is still most fondly remembered for the Resident Evil series which featured a revolutionary fixed camera perspective that made the player feel like they were controlling a movie. As an auteur, Mikami is an expert in directing action and weaves setpiece moments to perfectly elicit emotions out of the player. Shinji Mikami has announced that The Evil Within will be his directorial role, citing a desire to see newer talent arise in the Japanese industry, but Mikami has had a hand in so many influential titles that there’s always time to discover a gem you might have missed in the first time round.

Daisuke Ishiwatari is the auteur single-handedly responsible to bringing punk to the fighting game genre. Fighting games have always been a little absurdist since Street Fighter 2 introduced the likes of Blanka and Dhalsim, but Ishiwatari opted to go all out in Guilty Gear as a response to Capcom and SNK’s tendencies to stick to realistic fighting styles. What other fighting game can you fight with a pool cue? Or a two-metre long surgical scalpel? Or a ship’s anchor and dolphins? Guilty Gear was an immensely influential game, pushing the boundaries in everything from characterisation, graphics, mechanics and especially music, many tracks of which were composed and performed by Ishiwatari himself. Daisuke Ishiwatari’s games play like passion projects, with every little element thrown in for the rule of cool, and we wouldn’t have it any other way.

The Touhou games are some of the most well known bullet hell games in existence, and among doujin soft circles, ZUN is a living legend. Developing dozens of games and creating an incredible expanded universe, ZUN takes every role onto himself from programming to art to narrative to soundtrack to publishing. It’s not easy to get your hands on a Touhou game legally though unless you happen to be in Japan, where the series is a phenomenon at conventions. Despite having an enormous fanbase, ZUN is reluctant to commercialise the series and wants to maintain it as a passion project. If you have any interest in frenetic shooters with deep stories however, you owe it to yourself to check out ZUN’s work.

Fun fact: Unlike most creators, ZUN actively encourages and responds to fan-based expansion of his own universe. This ethic has led to Touhou Project’s immense popularity at fan conventions such as Comiket.

It was hard picking only one designer out of Nintendo’s in-house developers, but to me, Sakurai will always have the clearest development style. Well known for his tendency to overwork himself, each game directed by Sakurai clearly shows a commitment to delivering more than just what’s on offer. This is evident through the various minigames, easter eggs and unlockables which really didn’t need to be there, but always manage to bring an extra layer of joy to the experience. Sakurai’s games also play with the concept of challenge, with many modern titles featuring dynamic difficulty selection to allow players to dictate how difficult they want their game to be. Could it be that the recurring theme of challenging oneself to achieve greater rewards reflects Sakurai’s own philosophy of going the extra mile in developing games? Whether it’s true or not, it’s this design ethic that makes Masahiro Sakurai’s games so satisfying to play, and we eagerly await what he has in store.

No other director of JRPGs is so dedicated to making an enormous, believable and politically charged game world as Yasumi Matsuno. With a background in political history, Matsuno often weaves influences from real world political scenarios to add depth and a sense of humanity to his fantasy settings. He is responsible for both the long running Ogre Battle series of SRPGs as well as nearly the entire Ivalice Alliance sequence of Final Fantasy games (barring spinoffs like Revenant Wings), and leaves his signature through his world building, overall grey morality scale and a wealth of side information to add believability to the setting.

Fun fact: Yasumi Matsuno has been noted to be difficult to work with on multiple occasions, owing to his desire to have complete narrative control over projects, which often conflicts with the large development teams needed to realise the expansive worlds the narratives are set in. In Final Fantasy XII, the notorious bonus boss Yiazmat is a subtle dig at Yasumi Matsuno (Yasmat – get it?), and it’s a battle which can take over an hour to complete.

I wonder if Yoko Taro is a cruel person or a humanist. It’s no dispute that his games tend to have divisive stories designed to make players feel uncomfortable, as well as gameplay elements which are designed more for narrative conveyance rather than fun. Ask yourself – would you play a game with multiple endings where “happy” describes none of them? It takes a special kind of person to enjoy a Yoko Taro game (and even then I’m not sure if I’d say “enjoy” is the right word), but it’s a remarkable thing when art manages to escape the boundaries of its form to leave a lasting effect on its audience – and that’s what these harsh narratives achieve in the long run. Taro’s games are laced with betrayals, violence and tragedy – you’ll pause, wince, maybe even cry, but most importantly you’ll learn more about what it means to be human, and maybe you’ll even grow.

(Image not available for Kaori Tanaka.)

The letter X must mean a lot to the husband and wife duo behind some of the most philosophical and esoteric JRPGs ever developed. Takahashi and Tanaka met through working at Squaresoft on the SNES cycle of Final Fantasy games, and together wrote a potential script for Final Fantasy VII. Laced with philosophical references and dark themes, Squaresoft felt it would alienate the Final Fantasy fanbase but allowed the script to be developed into a full game, which eventually became Xenogears. After the success of Xenogears, Takahashi decided to continue the series by creating his own studio, Monolith Soft. Trying to explain the plot of either Xenogears or Xenosaga is a bit of a daunting task, and you really need to be a bit of a genius to understand all of it, and yet I felt it was a bit of a shame that Monolith Soft ended up developing the more gameplay heavy Xenoblade series. Between making blockbusters and helping with session work for Nintendo’s first party titles, one can only hope for another weird and philosophical game from the pair, but there’s definitely no denying that something special happens when Takahashi and Tanaka get to work.

I have so much respect for Hidetaka Suehiro for his constant willingness to experiment with his games, and to always strive to deliver something that hasn’t been seen before. Swery is probably best known for the 2009 title Deadly Premonition, an open world comedy horror game that thoroughly bewildered most critics, and left others utterly enchanted. The scenario for The Last Blade also stands out as the most serious and melancholic story to ever grace the fighting genre, and D4 continues to push the boundaries of the adventure genre by confounding players at every turn. Whether or not his games are good is a very subjective question, but Swery’s work is always very interesting to talk about.

Fun fact: D4 might be an episodic game, but Swery hasn’t figured out how many episodes it will have, or even where the narrative is going to go. Truly this is the next level in “keep-you-guessing” storytelling.

Everyone, I would like for you to meet Danica Dee