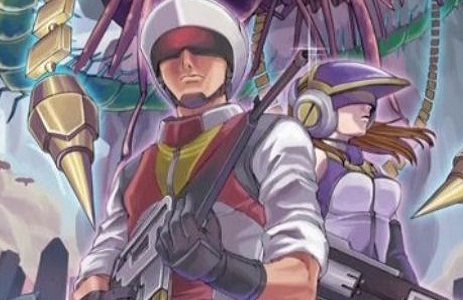 EDF2 does not waste time getting into the action. Using a mission-based progress system with each mission offering a simple goal – generally being to destroy all enemies – there’s not much else to the game, but it nevertheless does a decent job of implying a global conflict even as you’re fighting in small arenas. I mean, it could have offered a far more detailed story, or played up to the B-list roots more, but there’s enough of a context in what you’re doing to make everything worthwhile.

Moving out into the field, players have access to three different classes in order to tackle the menaces that have invaded Earth. The infantry are designed to be right up in the midst of battle with their access to hands-on physical weapons such as assault rifles, rocket launchers, missile launchers and are able to hop in and drive a tank or speeder bike. Very different is the Pale Wing, which is designed to fly quickly around the battlefield using both close and long range laser-like weapons. Finally of the three, the Air Raider is more of a support unit; it has some resemblance to the Infantry in terms of being able to take a hit and drive the tanks, but generally uses triggering and automated weapons to do his work. 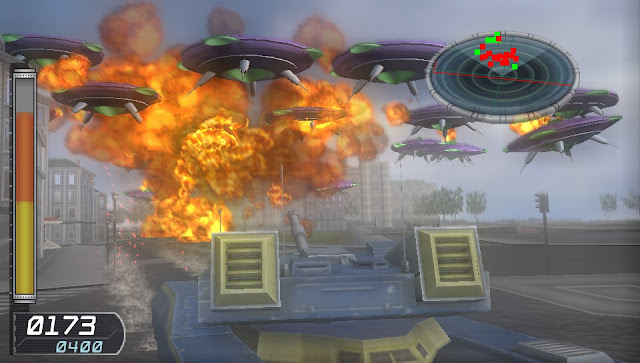 Unlike some games that would lock missions to the individual classes, EDF2 allows for any of the playable classes to launch into combat at any time. What should be kept in mind however is that while they can do this, each of the three classes has separate armour and weapon upgrades, meaning that you still need to develop each character class before they can take on the more difficult missions. Starting back at the earlier missions in order to get a hang of the different class and playing style would be very recommended as even on the standard normal difficulty, the bugs and UFOs really do start packing a punch and those upgrades will truly come in handy.

With all the B-Listed “cheese” – and it does come across as cheesy which is great for fans of dodgy 50’s and 60’s science fiction, it’s also fun to see the sheer destruction that you can wring out of the engine. It’s not the prettiest game out there, but firing explosive weapons can have a hilarious effect as houses and giant buildings crumble, taking giant ants with them. It’s so over-the-top, it can only be considered pure entertainment.

In fact, the game invites players to get on board with the destruction. Buildings do fall down easily, which means that it often makes more sense simply to clear a path using explosives than try and navigate around. What can get in the way is the enemies. For some reason, when the insects die they can block your soldier from moving forward until they can stop twitching and fade away to digital heaven. This can get very annoying when in tighter tunnels as the enemy can still hit your character through that blockage, while your character is literally powerless to do anything as they are essentially stuck in place with nowhere to go. But, then again, surely if you’re going in to a game like Earth Defense Force, you’re going to be expecting some technical warts. It is a budget production in a budget series, after all, so minor irritations such as what we see in this one are actually more bearable than what we’ve seen in plenty of other B-list games. 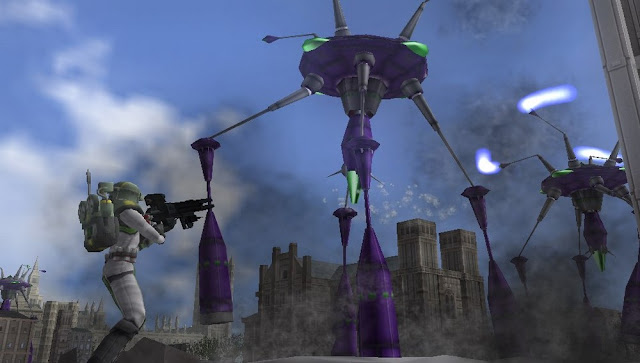 While Earth Defense Force 2 offers a lot of repetition over the course of its missions, it’s a fun distraction for fans of bad science fiction that want to indulge in a bit of wanton destruction. While it may not offer depths of narrative or even the real semblance of one, the gameplay more than speaks for itself, and it’s quite easy to see why this series has managed to develop the core fanbase that it has over the years.