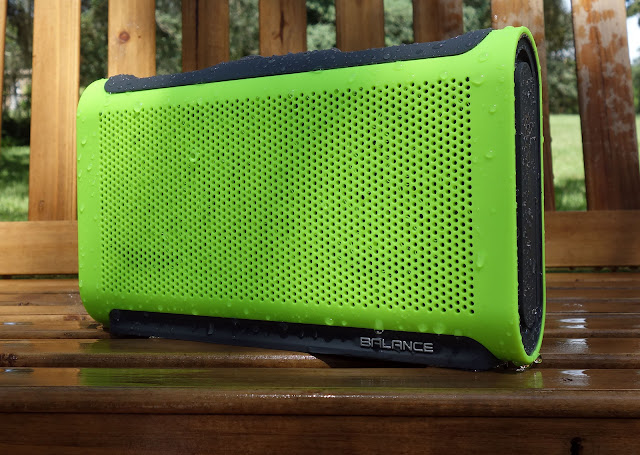 David Bowie was in so many ways the reason I am doing what I do today. It was his music that inspired me to take art – all art – seriously. It was his music that I would listen to on loop as I studied at school and university. One of his films – Labyrinth – was one of my favourite films while I was growing up. The whole reason that I am an art and game critic today, in other words, is because Bowie’s music really, genuinely, spoke to me.
Related reading: All of our Braven speaker reviews.
What does all this have to do with a Braven speaker? Well, what better way to remember the great man, as the sad news of his passing broke this week, than to kick back, close my eyes, and blast his albums through it.
I started with Starman, and what a song that is. The first thing I immediately noticed was the Braven Balance did such a powerful job in pushing Bowie’s distinctive and rich voice out of its compact and lightweight – though not diminutive – speakers. There’s not a second of that song I don’t love, of course, but with the volume up, that distinctive crescendo into that iconic chorus send genuine shivers down my spine. The natural robust verve that comes through Bowie’s throaty voice reverberates through those couple of notes, to the point where you can almost feel it through the air and ground. 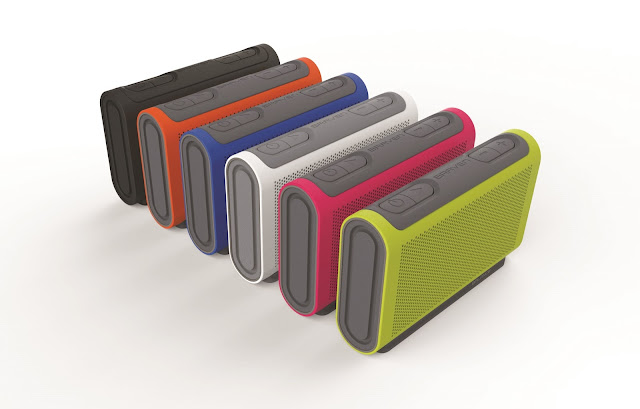 That immediately inspired me to check out another favourite music artist of mine, so I paused on Bowie for just a second to listen to a couple of Nick Cave’s older tracks, where that dark, gravelly voice almost growls (not a heavy metal growl, but an aggressive, attacking voice, nonetheless). The speaker’s ability to crystallise vocals delivered at that tone far exceeds what I’ve seen in most other pieces of affordable sound equipment. If there’s a real strength of the Braven Balance, it is in its ability to deliver deep, rich bass. The louder you turn the music up, the deeper and richer the bass becomes. As with all Braven speakers, the Balance can deliver some very, very loud music indeed, and it’s good to see that the bass doesn’t distort anywhere near as much as you might expect on maximum volume. You’ll go deaf, but you’ll go deaf listening to bass that is clear enough to hear, at least.
But that brings me to the weakness of the Balance. Switching back to Bowie, I tested out some of his more gentle and introspective music. Absolute Beginners, for example, relies heavily on a deliberately fragile melody line, to convey vulnerability and tenderness. The Balance handled this okay on lower volume, but it started to be drowned out by the bass as the volume was turned up. There’s also a fuzziness to melody that is a little disappointing. There’s a couple of other tracks where Bowie has a real emphasis on the treble – Young Americans, for example – which fall flatter than I would have liked as a consequence.
But, that criticism aside, by the time that I got to the end of Balance’s battery – enough hours to work through a whole bottle of wine, let’s put it that way – I’d cried more than a few times and worked through all of my favourite Bowie songs more than a couple of times. I’d also listened through the entirety of his new album, Blackstar, for the first time since he passed, and that album has a completely different tone than when I first played it on release (and, like most of the music world, took it for granted that Bowie would always be with us). 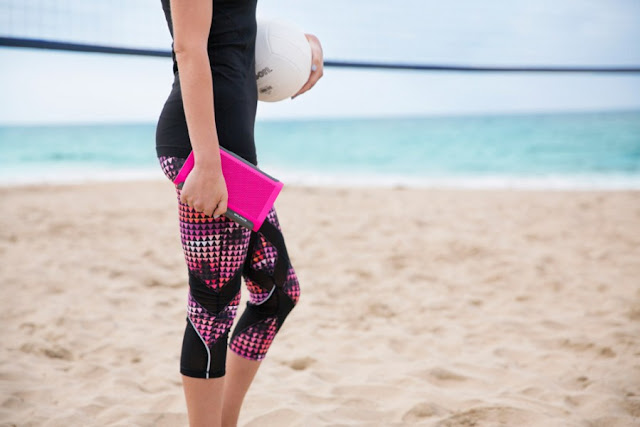 R.I.P, great man. Thank you for everything.
The Braven Balance impressed me beyond the emotional moment I was having while testing it, too. As with all Braven products, this has a sturdy build, with a very thick rubber coating around the edge that all but demands that you take it with you to the beach or on picnics (that rubber also helps it be as waterproof as speakers get – don’t throw it in the ocean itself and it’ll happy party with you in damp environments – such as if you want to sing along to Starman while showering). Unlike previous Braven speakers, a helpful little voice tells you when you’ve successfully paired it with your phone, or other Bluetooth device. It’s quite lightweight, for all its sturdiness, and as I mentioned, the battery does last for a long time, making it a convenient travel companion.
There are four buttons, also encased in rubber, to control the device with. Because the rubber is so thick, it is far too imprecise for fine volume control, but then, once paired with a device, there’s simply no reason to use anything but the power button. A discrete flap at the back houses the recharge and out port – which you can plug into your phone to use some of the speaker’s superb battery as a back up power source. It also functions as a call receiver if you have friends that sound as good as David Bowie and Nick Cave, and want to get them to sing with you. 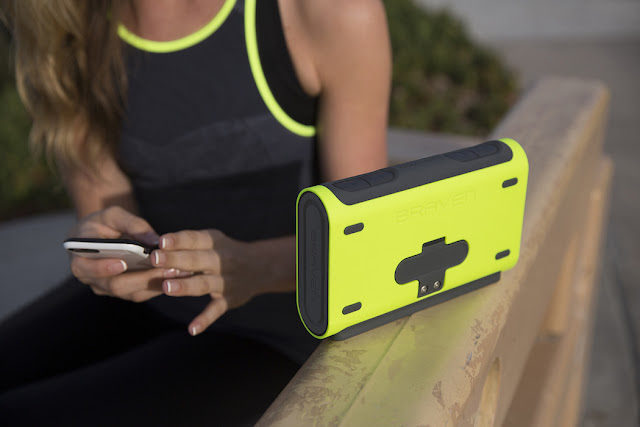 The speaker also passes the Miku Test (TM) perfectly, whereby if you play a rhythm game, such as Hatsune Miku Project Diva f 2nd on the PlayStation Vita, through it you’ll be able to enjoy significantly better sound than through most headphone (let alone the Vita’s speakers), without losing or disrupting the to-the-microsecond precision that you’ll need to do well in that game. No lag, drop outs, pauses or moments where the sound goes haywire to throw out your concentration. And, finally, in comes in a massive range of colours if you’re as colourful as David Bowie was and not interested in a plain black or grey model.
For less than $Aus200 ($US125, apparently), the Braven Balance really is good value. It’s perhaps better suited for outdoor environments and situations where people are more interested in a bouncing beat than to accompany a quiet moment of reflection, but nevertheless, it did David Bowie’s music justice, and in the mood I’m in at the moment, deserves all the respect in the world for that.

– Matt S.
Editor-in-Chief
You can grab this speaker from Amazon:
Share this