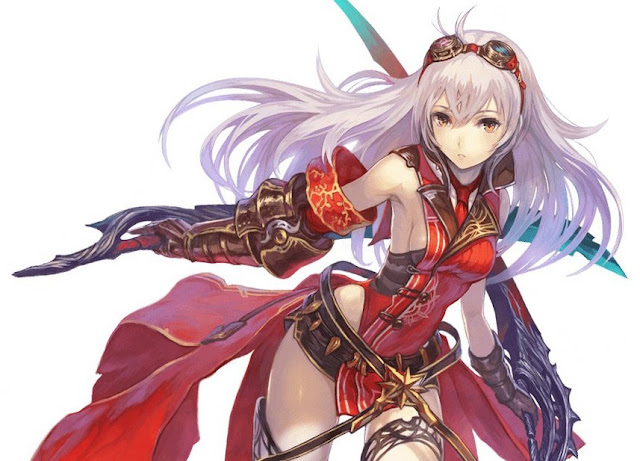 Keisuke Kikuchi simply cannot get away from dark games with dark themes. The producer behind the Fatal Frame (or Project Zero) series of horror games has taken on the task of producing Gust’s newest IP, Nights of Azure. And, while Gust games are often more meaningful and serious than their bright anime aesthetics and gentle fan service might suggest, you could be forgiven for thinking that helming a Gust game would give Kikuchi the chance to indulge his inner sense of bubble gum fun.

Related reading: Matt has interviewed Keisuke Kikuchi previously for his book. To read his thoughts around Fatal Frame and Deception (and many other game artists), click here for the Game Art Amazon page.

But no, that was not to be. As it turns out, Nights of Azure is by far Gust’s darkest work to date. A story in which humans battle against all kinds of gothic monsters, coupled with plenty of bloodletting and demon collecting gives the game an almost Shin Megami Tensei-like ambiance about it. It’s still gorgeous, like only a Gust game can be, but I couldn’t help but wonder whether it was Kikuchi’s involvement that directly informed its pivot towards the darker side of art.

“No, no, it wasn’t particularly my input that gave us this darker approach to the game,” Kikuchi laughed. “The team at Gust simply had the idea that they wanted to take things in a different direction with this new IP. So from the beginning there was this idea of having a darker themed game, and when talks about that came up, the Gust guys were looking for a producer for it, and it just happened to fall to me. 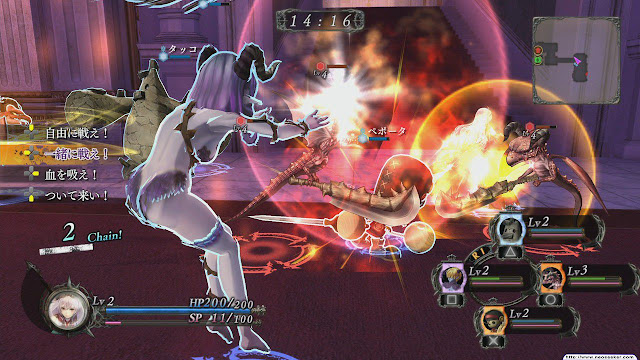 “Mind you, it was quite a good match in terms of my style of games,” Kikuchi added with another laugh.

Aesthetics aside, however, Kikuchi did see the opportunity to work on Nights of Azure as an opportunity to challenge his creative range. Having only worked on one RPG of note in his career to date, the Tecmo veteran (having worked at the company his entire career), also saw this as an chance to work with a new creative team, in a development studio with a very different way of doing things.

Despite being acquired by Koei Tecmo back in 2011, Gust has been kept largely separate from its parent company. While Gust games are localised by the Koei Tecmo outfit now, on the development side of things Gust continues to operate out of its own office and, largely independently, to use its own team to produce games.

And fans love it for that. While Gust isn’t the household name that Square Enix or Capcom is, the smaller legion of fans that back the Atelier series and titles like Ar nosurge don’t necessarily want to see outside forces impacting on the unique characteristics and sense of artistry that the studio produces. So I asked Kikuchi if his appointment to a Gust team was a sign that Koei Tecmo was going to start being more active in bringing the creative teams into the broader organisation. 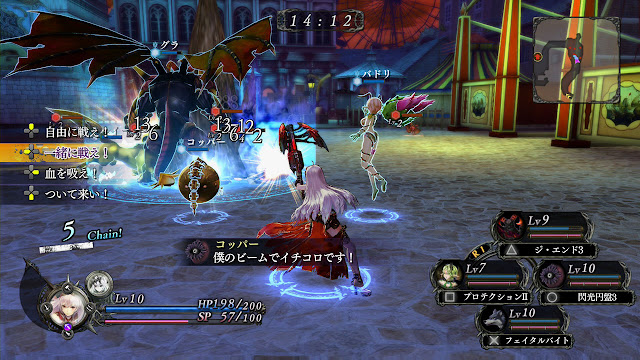 “We’re not going to pull Gust into the broader company and have all Koei Tecmo people run it,” he said. “There may be more occasional incidences where a Koei or Tecmo producer takes leadership on a Gust project, but it all depends who is best suited to run it.”

And, furthermore, Kikuchi is convinced that Gust fans will enjoy this game as a Gust game, despite its darker tone and his touch as producer.

“Although it’s a darker RPG, and therefore different to, say, the Atelier series, the heavy focus on it is the human drama between the characters. I feel that for Gust fans, what they have always been looking for is the interesting story itself. Fans of Gust are fans of story, and as such I don’t think there will be any difficulty for Atelier fans and more traditional Gust fans to enjoy this one.”

And the game will still have many of the same touches that make Gust games so appealing, such as the gorgeous female lead characters and, in between the darker moments, a sense of humour. 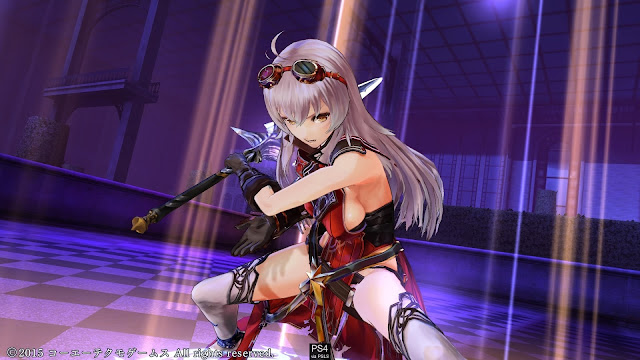 “We’ve played the main story straight for the most part – it is much more serious. But when it comes to the sub-characters and plots the team has added in, we’ve thrown in a lot more humour, to give players a break from the main quest,” Kikuchi said.

Beyond the narrative, Kikuchi also believes that Gust fans will get along with the art style, which melds Gust’s distinctive anime approach to character designs with the masterful work of Yoshiku.

“In particular Yoshiku worked on the main character, and I think she will prove to be very popular,” Kikuchi said. “The Gust team needed to change how they approach character design a little for this one, which is where Yoshiku helped a great deal. For one thing, it needed to look good when she was moving because it’s an action game, so movement is important and form and style while moving is a very important priority that Gust hasn’t often needed to consider in the past.

“We also used the character design to add depth to the narrative. One of the features of the game is that there’s a “master of the night,” and when he bleeds he bleeds blue blood, so we decided that red would be an opposing force to the blue, and so a lot of her design is red to oppose blue blood.”

Visual novel No One But You now available via Steam