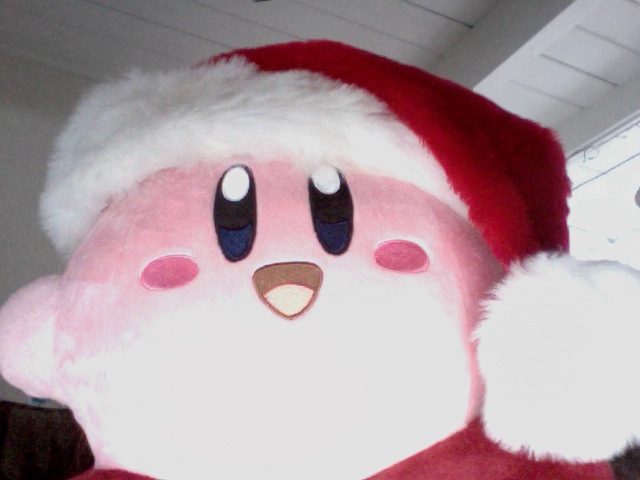 The 24 Games Of Christmas
Day #16: Kirby and the Rainbow Paintbrush 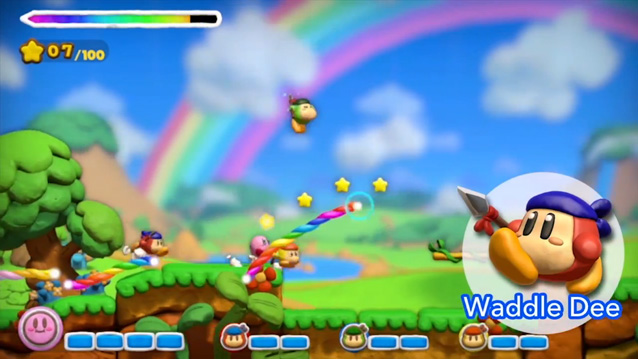 As a single player experience, Kirby’s first Wii U game might not be his finest escapade. Transform it into a two-player co-op adventure, though, and each level becomes more whimsical than the last.
The breezy, light-hearted pace of Kirby titles always translates exceptionally well to multiplayer and The Rainbow Paintbrush doesn’t buck that trend. Here, one player manoeuvres Kirby through the air via touch screen gestures and the other takes up arms as a spear-toting Waddle Dee using traditional controls. This allows for some novel asynchronous multiplayer moments as, with teamwork, you can snag bonus items that would ordinarily be out of the way for a single player. Hopefully you’ll take turns as Kirby and Waddle Dee because this game’s glorious claymation art style deserves to be appreciated on a jumbo flat screen rather than the cramped Game Pad.

The series is known for its forgiving level design and that can make extended sessions a bit of a snooze for a soloist, but having a pal around to take in the quirkier moments of what is a thoroughly charming game gives it a serious boost.