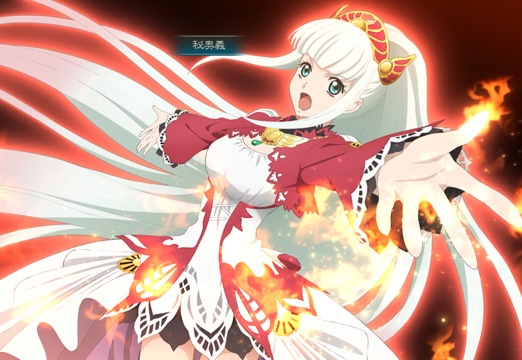 The Tales franchise has always been best known for its characterisation and the rich relationships that it builds between its protagonists. Despite each being a lengthy RPG that typically deals with world-shaping (or shattering) events, the core appeal of each Tales title has typically been the little conversations that characters will have on their journeys.

Well, that, and its humour. Over the years Namco Bandai has developed this oddly silly, irreverent, cheesy sense of humour that it applies to all its characters. Lightly self-aware, each Tales game is filled with characters poking jokes at themselves and each other, and some of the situations that they find themselves in are simply surreal in their weirdness. Without ever trying to be out-and-out comedy, the typical character from a Tales game is humorous enough that they end up being both charming and memorable.

This is certainly the story of Tales of Zestiria, too. For its numerous faults, its cast of characters are absolutely pitch-perfect. They are, one and all, quirky and fun, and the bond that develops between them is felt immediately, before blossoming into something both intimate and sweet. 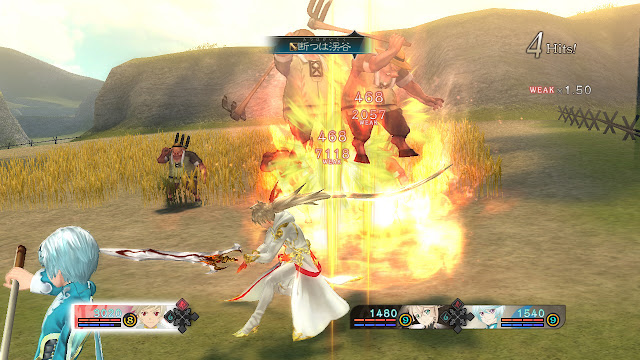 Indeed, a core narrative theme of the game is the way it approaches relationships, with characters needing to make binding pacts with one another to share power… and to even hear and see each other. Leading man, Sorey, is a human, who grew up on a high mesa, protected from the rest of humanity by labyrinthine ruins. Instead of growing up among his own kind, he was raised by a small community of seraph – angel-like spirit beings that share a close bond with nature and are invisible to the typical human. When a wandering princess from a lowland realm accidentally stumbles into the community and is subsequently stalked by a demon-like being, Sorey is set on a mission with his childhood friend, Mikleo, first to protect the princess, and then to accompany her on a far-reaching quest to save the world itself.

Along the way Sorey needs to bond with a female seraph, Lailah, in order to earn important powers to undertake his quest and become “the shepherd.” Then the princess, Alisha, bonds with them both in order to be able to communicate with Lailah, and fight off the demonic hordes, who can only be defeated by a rare few with special powers, which Sorey can impart in his role as the shepherd. And then Mikleo bonds with them all, and so on as the quest moves onwards and they meet new people. Confusing? Sure, but in the game it’s paced well enough to follow along.

This network of bonds is not a subtle way to symbolise the intensity of the relationships that these characters form, and as the narrative progresses onwards a lot of it as lost (as new characters join the team and others leave), but for the most part this narrative structure is an enormously effective way to quickly set the scene in the early stages and get things off to a strong, efficient start. 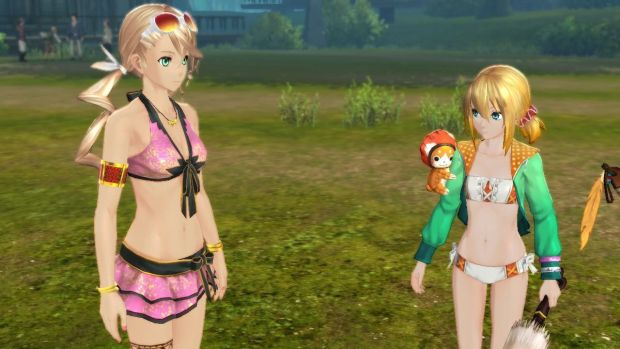 Equally lacking in subtlety, but equally effective in tone, is the way this story sets up Tales of Zestiria’s other key narrative themes; that of environmentalism and spirituality. The world is festering and rotting as corruption, born of human anger and hatred, turns the water toxic and breeds the creation of the demonic entities that plague the world. Only through faith in the shepherd and the power of the spirits can things be righted, though naturally greed and ambition stand in Sorey’s path every step of the journey.

The idea of a shepherd descending from the heavens to guide humanity away from hatred and ambition has quite obvious biblical allusions, but Zestiria weaves a Japanese reverence for nature and Shinto philosophy though it to also distinguish itself from any one sense of spirituality. That’s for the best, because it does become a little too heavy handed for its own good in places, and were it expressing a single religion’s point of view, the result could have been alienating. As it is, Zestiria simply comes across as being on something of a soapbox, but the charming, light hearted character interactions spaced between the more serious stuff help to keep the overall tone of the narrative bright and pleasant.

My great complaint about Tales games in recent years is that they have become unnecessarily bloated. So filled with layers of combat and skills systems as they are, the actual mechanical side of the combat has become unwieldy, and what should be a simple action-based JRPG instead is weighed down by unnecessary stuff thrown in for what I suspect is an attempt at creating “depth.” 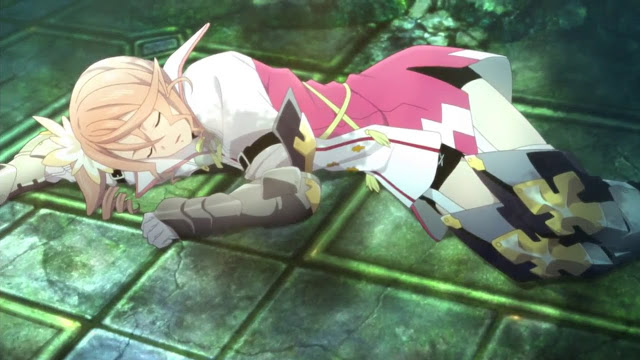 It doesn’t really work. A couple of hours into the narrative and I was still being assaulted by popups filled with pages of tutorial text explaining what I need to do to get the most out of my characters and the combat system. There are standard physical attacks and Artes (magic spells), and then there is also a system that allows characters to interrupt the actions of their enemies. Additionally, two of the characters can perform a move called Armitization, which allows them to fuse together with another character and significantly increase their potency in battle. You’ll only be controlling one character at a time in battle, but you can set AI patterns and choose which character you will actually controller.

With the exception of the boss battles, most enemies don’t have enough health to last more than a couple of seconds in the battle, meaning that you don’t need to do much more than button mash through them. The boss battles take longer and require a deeper strategy, and are a genuine showcase of what the combat system is able to offer, but this also only emphasises further the impression that the game was built around those key moments, while the rest is rather irrelevant filler. It’s surely a tough task to come up with a combat system that allows for spectacular boss battle set pieces while retaining a relevance through the grind of common enemies, but I think as the Tales series progresses it loses a little more of that balance more each time.

Outside of the battles there’s not a whole lot to do, which is surprising given the untamed sprawl that occurs through almost every other facet of the game; the narrative and combat system are over-heavy, and the world itself is massive, but it is of limited interaction. It’s possible to fuse items together and indulge in a big of alchemy, but otherwise Tales of Zestiria sticks quite closely to genre tradition in populating towns with NPCs that repeat the same lines over and over again without doing much with it. The capacity to explore and find hidden treasures is also limited, and the side quests to pull players away from the linearity too infrequent for their own good. 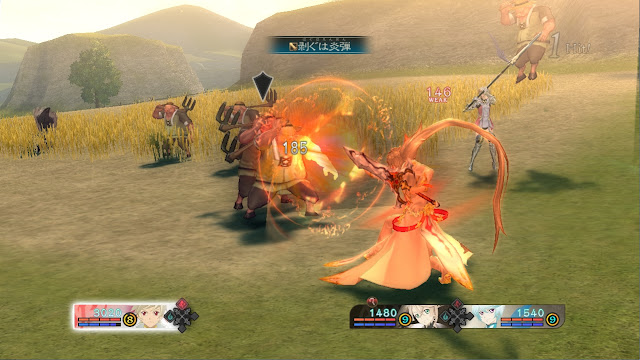 Related reading: Tales of Xillia and its sequel, reviewed here by Clark, are also well worth checking out for Tales fans.

In more traditional JRPGs that wouldn’t be a problem – in fact, story-driven linearity is something I would suggest is a strength of the genre. But Zestiria works hard to give the player the impression of a wide, open world. Environments in this game are absolutely huge, but aside from scale, it’s an unattractive game that doesn’t look enhanced over PlayStation 3 tales games any meaningful way. But there’s not a whole lot to do within these environments, which quickly breaks the immersion and spirit of freedom. Even simple things, like not being able to splash around in a river because there’s a giant invisible wall preventing your characters from getting their feet wet, is no longer considered best practice for game design; in future Tales games the development team needs to learn to follow the likes of Bloodborne and Xenoblade Chronicles in either giving players the freedom to explore, or building environments with either natural road blocks to keep them focused.

Of course, these are all complaints that apply to previous Tales games, and with the series 15 titles old now, most of us will know how far (if at all) these issues irk us. While I would prefer to see Bandai Namco at least try and do something to modernise the series, it’s difficult to really criticise it for sticking to beloved tradition. And as long as the narratives continue to be as enjoyable as they are, it’s really quite easy to forgive each new game its flaws anyway.

Big names coming to the first ever RTX Australia!