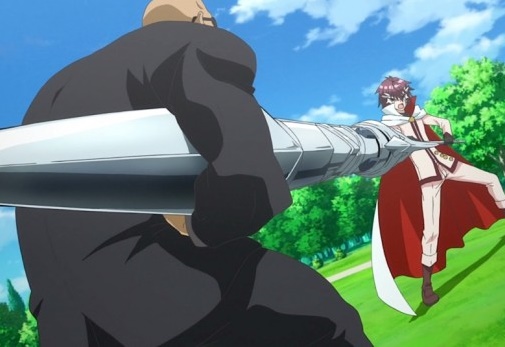 Lance N’ Masques bills itself as a fantastical tale in which knights roam the contemporary world and protect society from rogues. Though this has proven true, it’s arguably just a backdrop for a narrative that works better when trying to be a sugary-sweet coming of age story than the next action-packed shounen epic.

Taking place in the 21st century, Lance N’ Masques follows the last vestige of the declining order of knights. One such member is Hanabusa Yotarou, a boy raised for knighthood since the age of four. Perhaps having this raison d’être so vigorously thrust upon him is why Yotarou actually has no aspiration to be a warrior at all. Despite his life’s training and his father being a revered legend amongst the top dogs, Yotarou elects to wear a mask and adopt an alter ego he calls “Knight Lancer” during all public knight activities.
Unfortunately for Yotarou, years of etiquette training caused him to develop a peculiar ailment he christens “white knight syndrome”. Upon encountering a woman in need, his brain flips a switch and he becomes an unyieldingly courageous knight that demonstrates the very textbook example of chivalry. His gallant other self isn’t universally well-received in these modern times, though, and one of the first incidents sees him branded a pervert despite having every heroic intention in the world. A wealthy young lass named Kidouin Makio is more receptive to Knight Lancer’s beguiling demeanour after being rescued one day. Makio has an infatuation with heroes and Yotarou’s white knight syndrome caters to all her fantasies. Yotarou winds up befriending her as his plain self, too, after she hears his stomach growling and invites him over to her mansion for a meal. 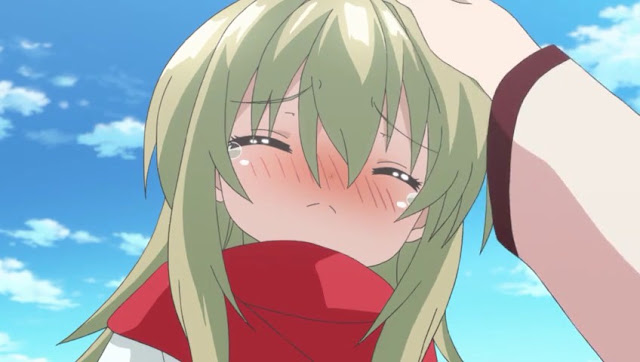 It’s here that the show kicks into gear and viewers get a glimpse at why Makio idolises heroes to such a degree. She spends her days in a mansion with the closest thing to family being maids and butlers that refuse to emotionally bond with her (as per their orders from upper management). That she invites Yotarou over to her house despite knowing nothing about him seems like a lazy and outlandish plot point initially, but her motives are sound enough in that naïve childish sense. The combination of the grandiose Knight Lancer’s earnest promise to answer her in times of need and the bumbling Yotarou’s role as a friend with an open ear fulfils her psychological needs for companionship and social interaction that simply weren’t being met.

Flawed and impermanent as Yotarou’s solution to Makio’s seclusion is, there’s something deeply heart-warming about the dynamic between the pair. For one, their age gap seems wide enough that there are no romantic undertones to Yotarou’s interactions with her. Rather, he just wants to use this inflated, Santa Claus-esque concept Knight Lancer has become in her mind to better her as a person. By the second episode, Yotarou is playing an active role in perpetuating Makio’s view of Knight Lancer as this idealised bastion of justice. She responds accordingly by composing songs of praise and doodling his handsome visage. Makio‘s juvenile appraisal might just grant him unexpected clarity about the value of the occupation he so detests.
Lance N’ Masques as a whole carries a relaxing atmosphere. Besides the gentle nature of Yotarou and Makio’s relationship, gorgeous natural scenery, innocent character designs, and a soothing soundtrack round out facets you wouldn’t think fit “a show about knights”. Heck, even the action scenes have this distinct, choreographed serenity to them. Granted, Knight Lancer’s weapon appears to lack any piercing attributes (making it mostly for show) so it’s not as if Yotarou runs the risk of bloodying his occasional opponent anyway. 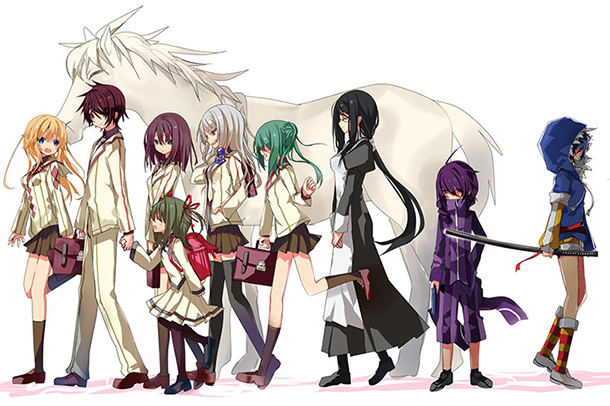 If anything about the show concerns me going forward, it’s the introduction of major supporting characters. All of them appear to be fellow members of Yotarou’s knight “party”, but they’re also all female. That’s fine and dandy so long as this sweet, innocent coming of age story doesn’t become a harem. That route can be easily avoided with some well-written gals, but any time an overly archetypal good-natured male lead rears his head I grow paranoid.

Lance N’ Masques can come off as cluttered when focusing on knighthood itself, but I do see real potential in its character relationships. At this stage, it’s a delectably naive story of childhood dreams and I look forward to unearthing the social commentary that follows.