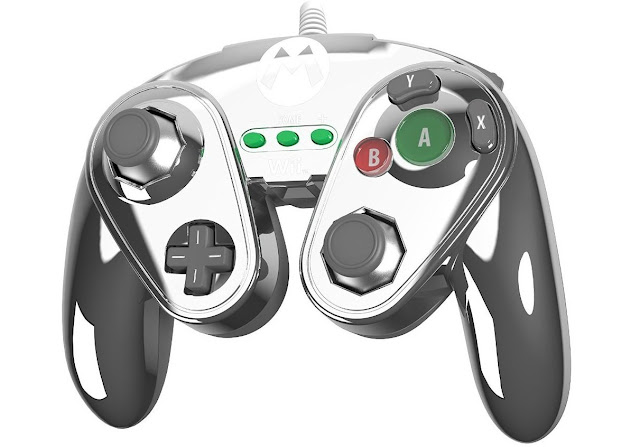 Fight Pads can be a hit or miss item. Sometimes they feel a bit more like a novelty item. The Mortal Kombat one I reviewed some time ago was really just for fighting games with somewhat distinctive controls. It was well made, but really only built for those specific games in mind. The PDP Wired Fight Pad for Wii U is no doubt geared towards the Smash Bros. crowd, but it can be used for any game.

The Wii and Wii U have been fun systems for a variety of reasons, but no one is going to mistake the Wii controllers as comfortable for hours of gaming. They are designed for movement and a different level of interaction than a typical controller, and that is fine – but when I am playing a traditional game, I usually find these controllers to be uncomfortable in a fairly short period of time.

The usual solution to that is to go with the Classic Controller that hooks into the base of the Wii controller. Or, in some cases, you’re able to use the GameCube controller from way back with select games (most notably, the aforementioned Smash Bros.) As the name of the product indicates, this controller is also a wired one that plugs in the same way (so not directly into the Wii U like similar models did back on the Wii). I prefer this since I can sit on the sofa and not have to plop down on the floor with a somewhat short cable range. 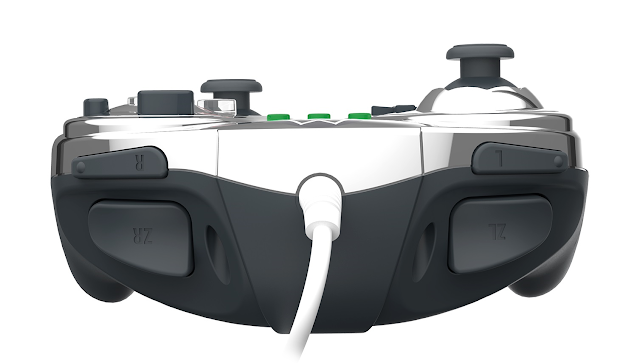 There are several things to like about this new controller – which is of a Metal Mario theme and therefore plastic with a glossy chrome aesthetic over it. The plastic has a nice finish, amd while I expected it to pick up smudges from fingers quite easily, but that has not proven to be the case. It’s also a comfortable controller to use. For starters, it’s bigger. My hands cramp on the Wii controller as well as the Classic, and here they have room to operate. I have large hands, so I cannot tell you how much nicer this is in and of itself. This controller is also larger than the old GameCube ones, making it more comfortable for me, but perhaps less so for those with smaller hands. The layout is obviously inspired by the good old GameCube controllers. These were never may absolute favourites, I always found the button placements on the upper right to be a little strange, but I got used to it over the years and had no difficulty in picking this guy up and adapting in short order.

For those unfamiliar with the layout, pictures are included but you have a thumb stick on either side off-centre from one another on the pad. There is also a directional pad on the left down from the thumb stick there. You have four face buttons in the upper right with an emphasis on the B and A inputs. There are shoulder/trigger buttons at the top of the pad, and the middle has three smaller buttons to replicate the Wii remote (- and Home and + buttons). Obviously this is not a complete replica of the GameCube controller because there are different inputs to account for, but because all of the buttons are accounted for, this controller can be used on any game that doesn’t mandate touch screen controls on the Wii U GamePad. Another small difference from the original GameCube controller is that the sticks are larger, most notably the one in the lower right. I consider this a good thing because it has more surface area for my thumb to rest on.

Since this is a wired addition, like the Classic Controller it does not require batteries. This keeps the controller light as well, which could be seen as a negative for those who like heavier fight pads, and it does give the impression of a cheaper build due to the weight and all of the plastic. However, the rubber coating on the sticks, the hard plastic buttons and the triggers were all responsive. One could actually argue that the left stick is a bit too sensitive. My son, who is far better at Smash Bros. than myself, found it irritating enough that he commented on it on more than one occasion. I did not feel like this was a big deal, and he still felt it was a step up from using either the typical Wii Remote or the Classic Controller, but it was noticeable. However, we were both impressed with the lack of latency with our inputs. While the controller is technically a wired one, it still transmits very well through a wireless device to interact with the screen. 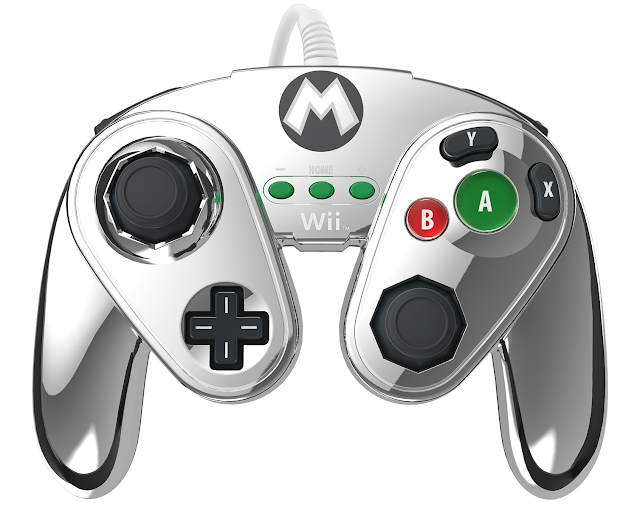 The PDP Wired Fight Pad for Wii U is a great option for people such as myself who just want more real estate for their hands while playing their games at a reasonably low price point (about $US25). While the material is light to a fault, almost cheap at times, we noticed no durability issues despite lots of time spent with the unit. Sticks returned to centre, buttons sprang back into place for more abusive mashing and the triggers continued to be responsive. Because this is a fully buttoned fight pad, it can be used for most games – something I have been making great use out of.

True story: Ubisoft is opening a theme park in 2020