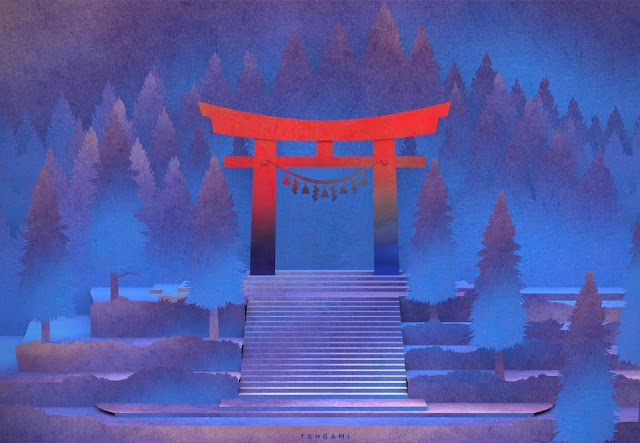 With my book, Game Art, being about a month away from release now, I’ve been out and about talking to the media about it.

The kind people at Vice did an interview with me about the book, and asked some pretty awesome questions, which I had a chance to rant on with a bit:

Vice: You’ve spoken with many Western and Japanese developers. Did you notice any significant cultural differences when it came to how these creators were approaching their art? I think, in the West, we can perceive Japanese games as being, let’s say, sometimes more risqué, but at the expense of contemporary appreciation of equal representation, feminism and other values we’re increasingly seeing in games made here. Does that stand up, in your experience? Or: can bikini armour ever be art? This is a big can of worms, and I could easily write a book about it all by itself, but if I can make a couple of brief points here:

Me: Firstly, bikini armour can be part of a work of art – but labelling something as “art” does not place it beyond criticism. Quite the opposite, actually: I think one major purpose of art is to generate discussion and debate. Sexuality is a core part of many works of art, from pin-up photography to the work of Marquis de Sade to Dracula, through even Dead or Alive. These have all been criticised for their sexual aspects, but I tend to believe that in being criticised, they become more relevant as works of art, not less so.

Regarding how the Japanese approach sexuality in art, I do think Japanese culture has a different view on sexuality and representation than Western culture. There are certainly issues with how women are treated in Japanese culture – for example, local feminists are fighting for representation and opportunity in the workplace and moving past the idea that women should raise children while men earn the income – but I don’t think that necessarily leads to the kind of conservativism we see in Western cultures toward depictions of sexuality in games.

After speaking with the Japanese developers in Game Art, I get the impression that sexuality is seen as a kind of empowerment, and that incorporating it into a character design is a sign of strength and respect for that character. Regardless of how we feel about these games in the West, in Japan, they’re not problematic in the same ways, and I included them in the book to represent a very different way of thinking about games.

Incidentally, this discrepancy in Western and Japanese values and the way they are reflected through games is a topic I tend to write about at length. If you’re interested in seeing some further and more in-depth thoughts from me on it, I’d like to point you to my website.

While we do a lot of interviews at DDNet, I’m not so used to being the one interviewed. It was a very fun process, to say the least.

Oh, and Vice also reprinted one of the many interviews that appear in the book for your reading pleasure. The creator of Tengami, Jennifer Schneidereit, was one of my favourite interviews from the book. With work experience in both the west and Japan, Schneidereit’s work expresses a merging of those two very different approaches to the game, making her a fascinating person to speak to about the game design.

You can read the full interview and sample from the book here.

Also, if you haven’t pre-ordered yet, be sure to do so on Amazon to secure your copy!

On building a 2D XCOM: An interview with Image & Form’s CEO