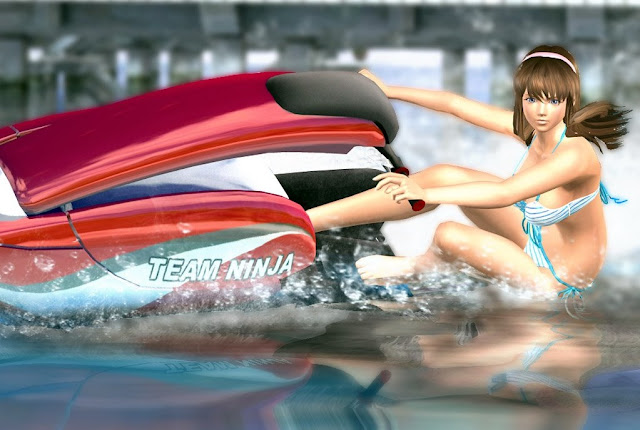 In a news announcement that we all assumed would happen eventually (even though the company kept insisting it wouldn’t), Koei Tecmo has confirmed that, yes, it is working on a new Dead or Alive Xtreme game.
Related reading: Our review of Dead or Alive 5: Last Round.
For those not familiar with the series, it’s a spin-off from the popular fighting game that features a beach island resort setting, all the girls of Dead or Alive, minigames like poker, beach volleyball, flag runs and jet ski racing, and bikinis. Lots and lots of bikinis.
We don’t know anything about Dead or Alive Xtreme 3 (other than that there are no plans to localise it into English at this stage), but based on the previous games, there are a couple of things that I’d like to see to help build on the basis of the franchise. 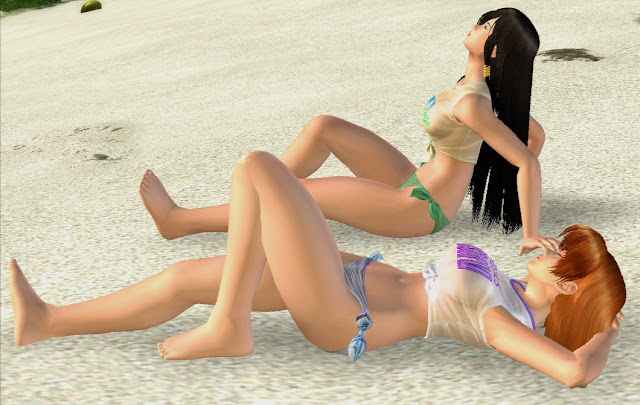 1) I’d like to see the photography section built on further. One of the marquee minigames was the ability to take each of the girls on gravure-style photo shoots, where they would run around, swim, or relax by the pool, and you’d take photos, which would be saved to a photo album. It was like Pokemon Snap by way of, well, gravure modelling.
The camera controls in the previous games were decent, and the PlayStation 4/ Xbox One’s share features immediately give a greater purpose to taking photos (i.e. blast them over Twitter to annoy your more conservative friends), but I would like to see this built on further in the new game. It would be great if there were greater controls over hair and makeup, for example, and if you could also control lighting via reflectors and the like, to really recreate the gravure model photoshoot experience. Perhaps build some kind of community features in, where people can vote on their favourite photos, and then the best go into the creation of a digital photo book or something? That’s just a random thought, but for the new generation of consoles, Koei Tecmo will want to get that critical minigame down right. 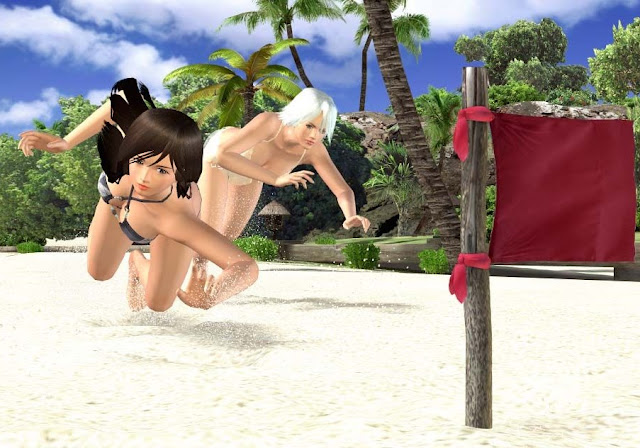 2) An expanded beach volleyball game. People like to point and laugh at the Xtreme series for being nothing by exploitation and so on and so forth, and while I do think that most of the minigames in the previous games were throwaway, the basis of the beach volleyball engine was genuinely good. One of the better takes on the sport across all games, in fact.
While I’m sure Koei Tecmo don’t want to overdevelop the minigame to the point where it shifts focus away from the swimsuits and such, I would like to see the beach volleyball game be built up to offer a more rounded take on the sport. 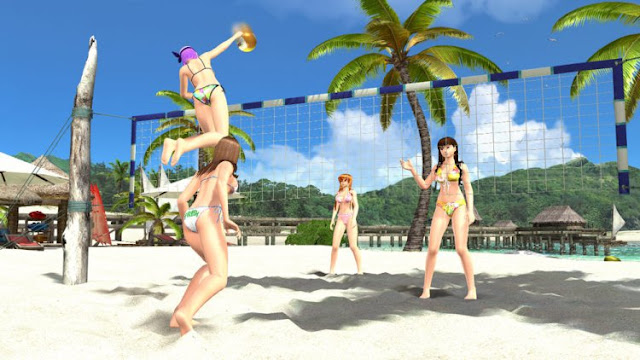 3) Online multiplayer for the gambling minigames. The swimsuits that you’d want to buy for the girls in previous Xtreme games were expensive enough (in terms of in-game cash) that you’d end up spending a lot of time playing poker (or blackjack, or roulette, but I mostly stuck with poker) against a fairly dense and predictable AI in order to grind away for dollars. There was nothing inherently wrong with this, but it was the closest the Xtreme games came to behaving like work. I hope the gambling returns for the new game (and Koei Tecmo resists the temptation to render it redundant by pressuring DLC costumes on players), but I’d like to see that side of things go online, so players can play against real human intelligence (or “intelligence” as the case might be).
Koei Tecmo could even work in online leaderboards and competitions and the like, and that way Xtreme 3 would, in addition to everything else, be one of the best ways to play gambling games on the PlayStation 4 (ot at least shares that title with VooFoo Studios, which has a gorgeous poker game of its own coming). 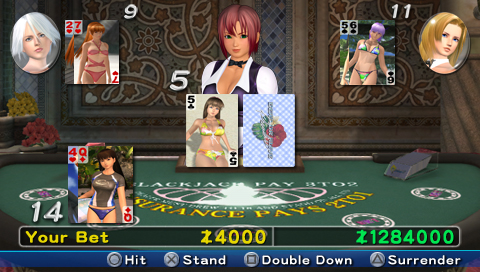 4) An open world (to wander around the resort). Previous Xtreme games would simply drop you into a menu, where you would pick activities and the like to participate in. It worked, but it was a dry and largely uninteresting way to present the game. What I would love to see would be for Koei Tecmo to take the time to build the full resort in 3D, then let players wander around in real time. It would be great if we could have access to our cameras then to also take photos of the environment and so on outside of the photo sessions.
This resort would would need to be seen through the first person perspective (to preserve the voyeurism theme that runs through this series, where players are never actually present in the game, but merely watching events play out until it’s time to pick up the camera), but it wouldn’t be hard to do, becasue the resort wouldn’t need to be large, and it would help immersion within the game significantly. 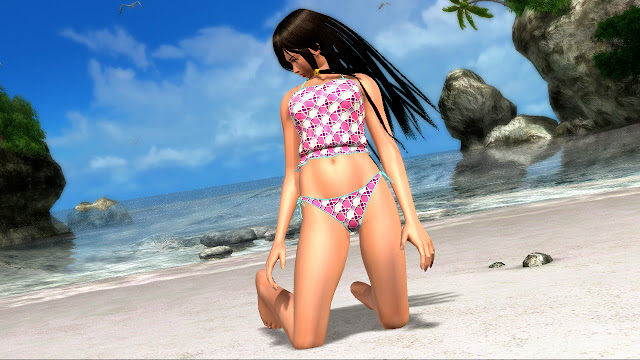 5) To release it in English. Koei Tecmo currently has no plans to localise this game. While that makes sense to an extent, given the criticism that previous games have attracted in the west, it would be nice for the publisher to realise that this series does have a community of fans out this way, and a digital-only release, if necessary, would still be apprecaited.
And if Koei Tecmo doesn’t want to do the work itself, perhaps it could partner with NISA or XSEED, both of which I would imagine would jump to work on a Dead or Alive game, to publish it in a third-party arrangement? Hopefully it’s an alternative that they consider. 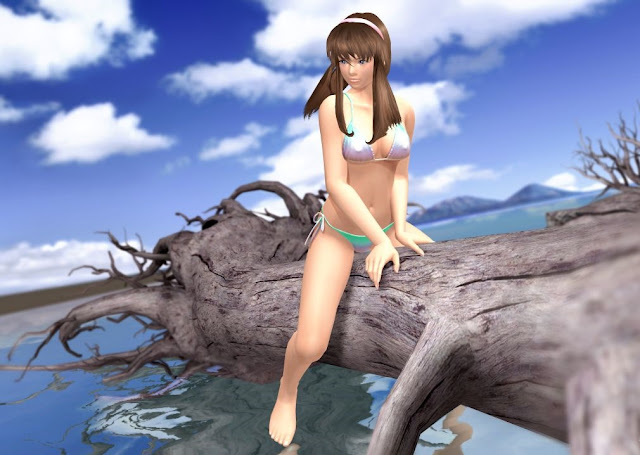