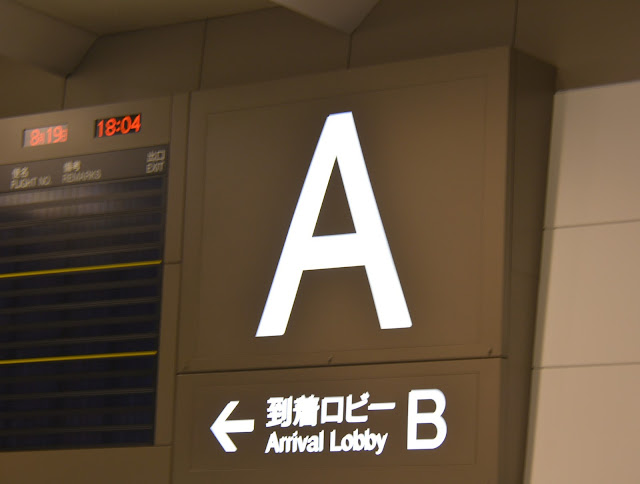 Gosh that’s a killer flight. Anyway, DDNet is now in Japan, where we will be for the next six weeks. Don’t worry, the rest of the team remains at the DDNet towers plugging away at all the good stuff, but now you’ll also be getting daily articles looking at various facets of Japanese life, entertainment, food and culture.
Aren’t you lucky?!?
Fly JAL
Things are always crazy when first touching down in a country, but to start with I figured I’d fill you all in on what it’s like to actually fly to Japan. My first bit of advice is to fly Japan Airlines (JAL). It’s probably going to be a touch more expensive than whatever budget options exist from your place of residence, but this is offset by a couple of key differences:
1) The staff are obscenely helpful
I have a seafood allergy, but I’ve found that it’s not a good idea to actually tell airlines this, as this sticks me on a special non-allergen list which also removes nuts, gluten or any of the other common allergens out there. And because I rather enjoy nuts and bread and stuff, I generally just tell the staff on the plane that I can’t do seafood and hope for the best.
The staff of other airlines tend to simply shrug their shoulders and then deliberately throw seafood at me (a slight exaggeration, but still). But JAL? Oh no. One time I was seated right at the back of the plane and they had run out of the meat dish by the time they got to me, meaning there was only seafood left. So the hostess ran all over the plane looking for an alternative, and eventually found an emergency ration or something of tomato soup and rice. Wasn’t exactly a gourmet meal, but I absolutely appreciated the effort.
2) They have loads of Japanese alcohol, and it’s plentiful
The nine-hour flight between Australia and Japan provided me with three opportunities to order some alcohol – two meals and a early flight snack, and there was choices between Asahi beers, plum wines, and all kinds of other alcoholic drinks. For economy fares, that’s a really good deal. Most other airlines try and restrict alcohol service to people in cattle class. Those Asahis certainly make the cramped leg room for a guy with long legs that much more bearable.
3) The entertainment system is awesome and Japanese
The monitors themselves are quite old – JAL needs to invest in refitting its planes – but what is ON them is great stuff, and more than enough to last a full flight. There’s a selection of western films on show (including Avengers: Age of Ultron, which I had not seen before and was rather glad in hindsight I hadn’t paid for), but what appeals to me is the large number of Japanese films that were also available. My movie playlist for the flight also included Assassination Classroom (which was dumb, but fun), and a little drama film called Hankyu Railways, which I found to be quite profound. A feminist film from the Japanese it’s fascinating to see how feminism – and women’s issues – differ from Japan to the west. 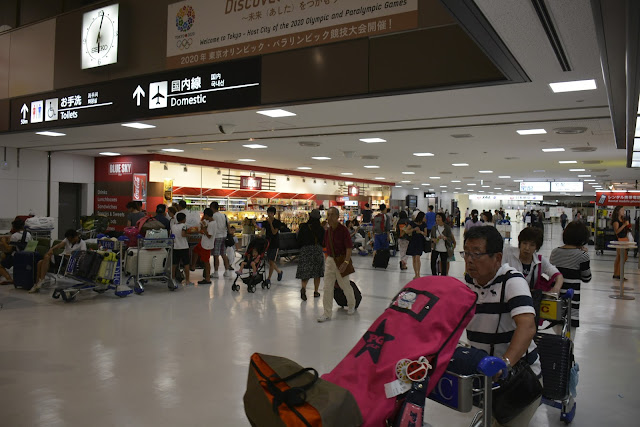 Surviving Narita
Once you land in Tokyo – and it will still likely be Narita Airport, though Hanada does take more international flights now – there’s a couple of things you’ll need to be prepared for:
1) Crowds. Lots of crowds. And because Japan in general still struggles to effectively communicate with tourists in any other language than Japanese, these crowds are very confused crowds. So exercise patience. Even when the airport goes through a quiet patch, it’s a chaotic kind of quiet and it’s still likely that someone is going to ram you in the back with their baggage trolley.
2) Take advantage of the convenience shops in the exit foyer. Buy yourself some drinks and snacks. They’re cheap as chips in Japan (a bottle of drink will rarely run you more than 150 yen, which is the equivalent of asking an American or Australian to pay $1.50, in terms of the perception of the value of that money. You’ll be glad you did when I get to 3).
3) Be prepared for an insanely long ride into the city. Tokyo proper is a solid hour or so by express train. If you’re travelling cheap and catch the standard local train, you can double that. If you’re wealthy you can get a cab into the city, but that’ll be about $200 or so, Once you’re in Tokyo, you’ll likely need to change trains again to get to wherever you’re staying, so expect to spend a solid couple of hours getting from Narita to your destination. That’s why you bought the drinks and snacks, see?
The good thing is that after that long flight you’re probably tired and grumpy, and the Japanese are, to their great credit, the best behaved people on public transport in the world.
Once you’re in Japan the fun starts, but I figured this would be a good intro while I get through the other photos into the real meat of the trip. 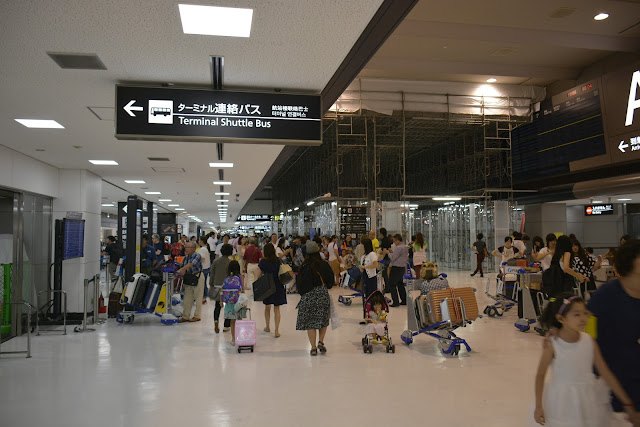