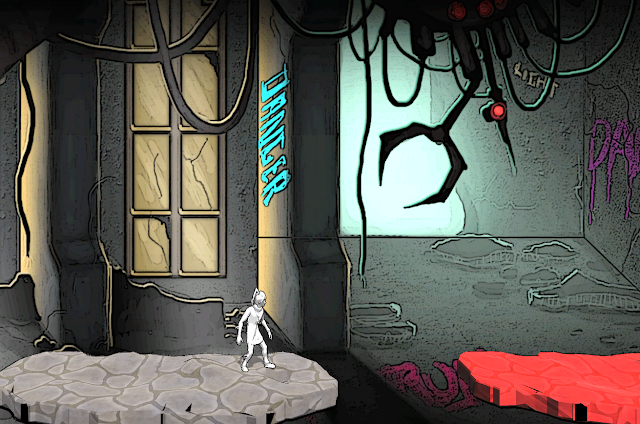 1995’s Comix Zone on the Sega Genesis (or Megadrive) was a visually appealing and unique affair. Its bright colours, well-animated sprites and other refined miscellanea contributed to the aesthetics and feel of the artstyle it was emulating: comic books. With the action set within the pages of a typical comic book, nearly everything about Comix Zone is pleasing and entertaining. 2015’s Spectrum: First Light on the PC (which proudly touts Comix Zone as its major inspiration) is anything but.

The controls are unresponsive, the animations are primitive and clunky, the visuals are dull and uninspired, the story doesn’t make sense and is not at all connected with the rest of the game, and the gameplay is more aggravating than fun. I could go on with a laundry list of problems (which also includes bugs and glitches) but that would be just too easy.

Spectrum is a platformer made by two obvious newcomers to the industry, Mido Basim and Danny Wei. Clearly they’ve played alot of indie video games, and it’s truly great that they’re able to make their own games, but they could also clearly use a stint or two working for major game developers to learn some of the more subtle nuances of the art form. Because, while the vision is there (and is outlined beautiful on the Steam page), the execution is not. For example, they tout that the game allows players to “experience playing inside a comic book!” The reality is not even close. Only the backgrounds are painted (set against a black background) while you awkwardly hop from one colour-specific platform, that doesn’t look remotely like what you’d see in a comic book, to the next, hoping against fruitless hope that you don’t fall into the black abyss below. Next up, the game promises vibrant hand-painted artwork in 1080p resolution. There’s some skill in the small team when it comes to aesthetics, but while the visuals aren’t exactly ugly, they are far from vibrant, colourful or even beautiful. “Mundane” is how I’d describe it, but I guess calling things “mundane” when you’re trying to sell them doesn’t make for good PR.

Finally, the game promises forgiving yet challenging gameplay. It’s challenging, oh yes, but there’s absolutely nothing forgiving about Spectrum: First Light. To put it this way: it’s merciless, and the terrible controls only make it more worse. One of the sixteen achievements include Shawn Been (a play on Sean Bean, the actor who’s known for dying in literally every film he appears in) and it unlocks if you die a total of 1000 times. Now it’s virtually impossible to die that many times in any video game, and I don’t recall actually meeting a thousand demises in this one, but I was abruptly awarded that achievement in the second level… and that’s just seven minutes into the game. I don’t know if that was a bug, or a I really did “fail” that often, but regardless the game is utterly unforgiving. 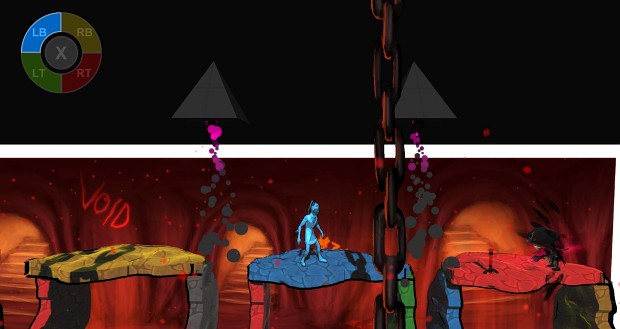 Later levels add variety and challenge to this mechanic, such as constantly colour-alternating platforms and colour-specific walls that require you to quickly switch between colours to pass through and land on the platform successfully. In theory, this sounds exciting and fun, something in the vein of these two excellent indie games, Of Light & Shadow and Fireboy & Watergirl, which more or less employ similar mechanics; but this game executes them poorly and any semblance to fun is swiftly diminished by its negative points.

Spectrum: First Light could have been a very decent game. It’s hard to fault the desire of two young developers to create something of their own, but this is a commercial product, and it’s a sad reality that it’s just not up to the standard of other one-man band games. I mean, consider the likes of Malevolence, Papers, Please and Star Hammer – all games developed by equally small teams. If you’re going to make a game where it’s (apparently) possible to fail 1,000 times in a couple of minutes, then you need a really strong reason to do so, and Spectrum just doesn’t make that case.

The Legend of Legacy confirmed for Europe, courtesy of NISA