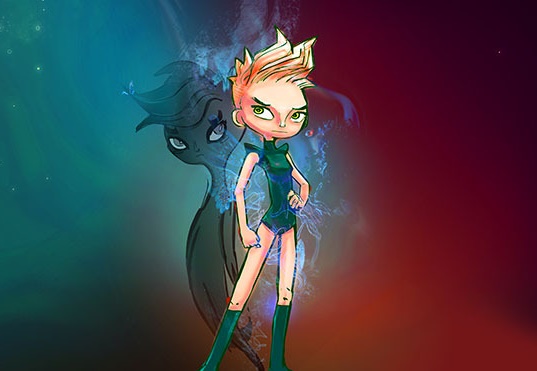 Everyone has painful memories that they wish they could forget. Life isn’t always pretty and we all have our ups just as we have our downs. Making it through these events is entirely up to us. Some of us ask for help. Others try to make it through on our own. There’s no right answer as to how we make it through to the end of the day. So what happens when you truly manage to block it all out? What kind of consequences are there for locking everything away and tossing out the key only to require remembering something better off left forgotten? This is such a story in which memories are so painful to bear that you throw them all away.

Arriving to an inner world after a long spiritual journey, following nothing but a voice that oddly sounds familiar, The Goddess Divine dives into and explores the lower reaches of her psyche. In gameplay terms, what we are left with is a Metroidvania in which our Goddess starts off with nothing more than her own two legs as she searches throughout a colourful and gorgeously designed environment for her memories and the answers to her internal questions. As time passes and memories start to come back, Divine isn’t truly sure that wants remember after all. Maybe the answers to her questions are better left forgotten.

Exploration of this inner world is a smooth experience with fluid jumping mechanics that never leave you grumbling. There are a lot of places that will be seen on the journey, but will stay just out of reach of our Goddess’ hands for the time being. As memories return and Divine slowly remembers portions of her past, she also earns abilities, and these will give her access to those previous inaccessible ledges and platforms. 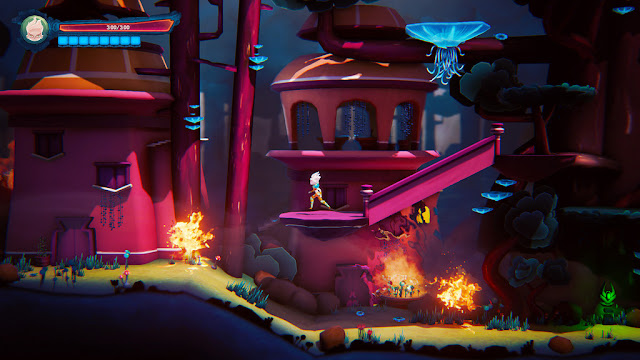 The first of the major memories to return to Divine grants her the return of her telekinesis in order to move around platforms that are coloured in yellow. Each of these platforms can be moved either with her on them, or moved in order for her to jump aboard and use them for transportation. Once a platform is moved it will slowly return to its original position making timing important especially they are being used as shelter from things that would do her harm.

Moving into an inner world is a dangerous affair and there will be many demons to be faced. Combat is interesting but never is it at the center of the experience, instead putting more emphasis upon exploration and the acquisition of memories. This doesn’t mean that combat is plain and boring, though. As Divine makes it further along her inner self she is going to need to defend herself from her darker parts. As she is, Divine doesn’t exactly have the means to defend herself as her telekinesis cannot be used in a combative capacity.

The first of the combat abilities that is regained is a giant fireball. In regards to exploration it can be launched in order to shatter cracked walls that bar certain paths forward. When it comes to enemies, however, this act of magic allows Divine to possess her enemies. This was truly unexpected but maybe even more useful as any enemy that is possessed can be exploded from within, taking out any others that are surrounding them. Satisfying. 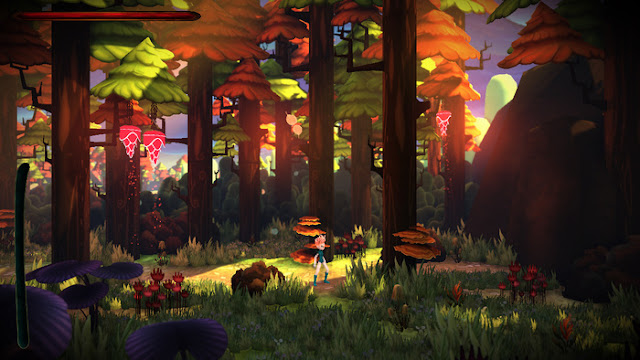 Divine can wrap herself in both her anger and her fear in order to physically combat anything that would do her harm. While wrapping herself in her Red anger, Divine takes on a beastly form that packs one hell of a punch and can take on any enemy that is born of her anger. Her fear on the other hand is a scared looking Blue creature with razor sharp claws that swipes away anything that would come near of the same colour. While gaining powerful abilities to defend herself in this state, it comes at a cost as she is no longer able to perform her acrobatics or telekinetics. Not losing herself to these strong emotions, Divine can shed her anger or her fear at anytime in order to return to her more human looking state allowing her other abilities to return as her mind is no longer clouded.

Not only is this mechanically interesting, but it’s a remarkable way to reflect the most violent of emotions along the fight/flight divide. It’s accurate to the psychology behind such emotion, too, as these are bestial urges that do inhibit the ability for humans to operate on a more enlightened plane.

Red Goddess a great experience. Utilising strong emotions such as joy, fear, and anger could have been done with far less elegance than this, and the act of using them all to investigate and recapture lost memories is a worthy, enjoyable experience.