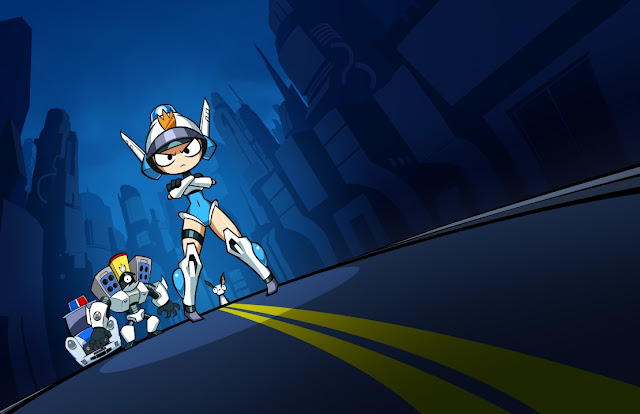 Mighty Switch Force! Hyper Drive Edition will test your reflexes, and sometimes your patience, but the action is so rewarding that you will come back for more. Primarily a platforming game with some really solid puzzle elements, leading lady, Patricia Wagon, reminds us of Mega Man as she attempts to collar escaped convicts that populate the levels before her.

Speed runners are going to love this one. The game itself is not terribly long or even that hard to beat. For those who want to soak in the bright, colourful visuals and the outstanding, up-tempo soundtrack, Might Switch Force! will deliver lots of fun over the roughly three hours it takes to beat the game. However, for those who enjoy getting the most out of their levels and improving their times, the scoring system and remixed levels that come with this edition of the game should give ample reason to pick Patricia’s cause multiple times.

Much like other games that try to nail this retro vibe, such as Axiom Verge and Shovel Knight, Mighty Switch Force offers tight controls that respond perfectly. The tools Patricia takes into battle are fairly basic – she can run, jump, shoot and (as the name alludes to) switch blocks around her on and off. This is the part that creates the light puzzle theme, because you need to toggle blocks on and off to navigate through the levels. This creates a sense of trial-and-error, and once I beat a level, I often found myself wanting to go back and try to complete the level quickly now that I had figured it out. 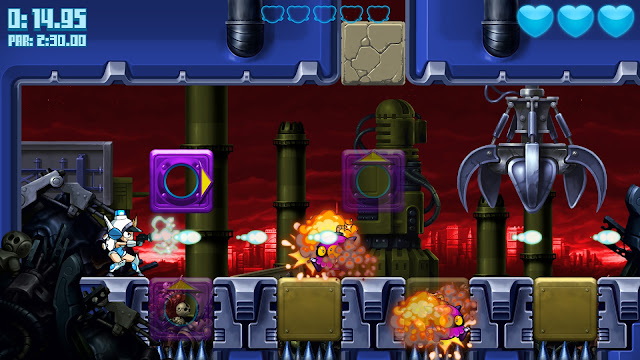 If you played the original Mighty Switch Force! on Nintendo’s platforms you know what to expect here. The levels are basically the same (until you unlock the remixed levels). The graphics get a significant upgrade as well. The original title looked fine on the 3DS, but frankly the bright colours and detailed animations look far better here on a bigger screen with completely redrawn assets, so if you haven’t got a Wii U this is the way to go. I try not to get too hung up on graphics, but this is a really lovely game and only adds to the throwback feel of the gameplay.

This is definitely a title for those with a controller. I would not recommend a mouse and keyboard for this one as the action is frantic and the timing of jumps critical to success. Even using a controller, poor Patricia will meet frequent demises. These deaths are fair, however. I never felt the need to blame the game or sloppy controls, but just accepted failures as a result of challenging level design. The game is completely approachable with basic rules that are augmented by outstanding level design that really shows off the team’s creativity. I also want to take a moment to tip my hat to well-known game composer Jake Kaufman (who also scored Shantae), because the music in this game it outstanding. It’s some of his best to date, and that is saying a lot.

If you already owned Might Switch Force! for the Nintendo 3DS, the Hyper Drive Edition is somewhat more difficult to recommend. If you loved the title, then coming back to it just for the visual upgrade and the remixed levels will probably be worth the time investment. However, the remixed levels do not unlock until you beat the primary game, which means replaying essentially the same content as before. However, if you are new to this series and platforming action with a size of problem solving is appealing to you, Mighty Switch Force! Hyper Drive Edition is absolutely worth sinking some time into.