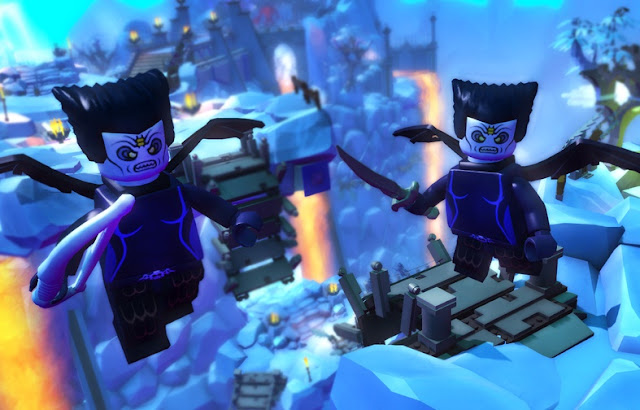 I think the LEGO games are wonderful, and while they have been around for as long as I can remember, they have consistently been special games indeed. They capture a certain charm whether set in the halls of Hogwarts, travelling through Gotham City, or, now, even taking on Minecraft, LEGO games are fun for everyone.

And then we have LEGO Minifigures Online.

Related reading: LEGO Worlds is shaping up to be one of the finest LEGO games in recent years.

But before I get too deep into this review, a quick note to our readers. This is very much pitched as a pure kids game with very little to offer adults. It’s not like a Mario game, that can be enjoyed by everyone. This is an MMO purely for the youngesters. As an online game I needed to set up an account in order to play, and there wasn’t even an option to set up an adults account, as I was forced to enter my “parent’s” e-mail address. So that should give you an idea of where this game is pitching itself. 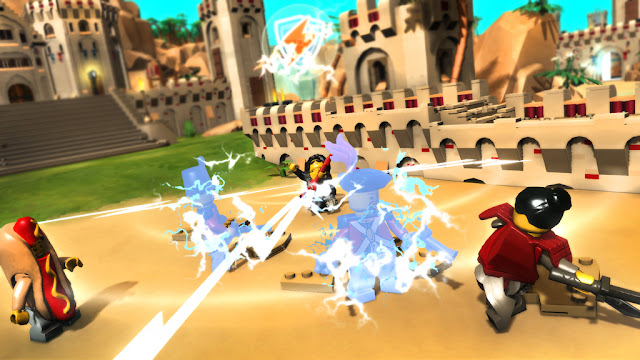 It can’t be too difficult to make a LEGO game, as Traveller’s Tales LEGO games provide a good template that all you need to do is copy to create something fun. Moving from level to level and collecting random items while interacting with very basic platforming and puzzles sequences can be entertaining with the correct conditions, an engaging storyline, exciting characters and good locations. Yet the team behind Minifigures clearly have never played one of those LEGO games, as there’s nothing here that recreates that kind of appeal. In fact I can almost guarantee that players of any age would much rather enjoy going and buying physical LEGO then trying to enjoy this.

After selecting your character from three preset options (a roman gladiator, a bumblebee and a plumber) and being given a name through a roulette of random words (to stop people using lewd words as names), you’ll be dropped right into the action, as the dastardly Captain Dreadleg steals a magic compass, which was meant for you as a special item that would point you in the direction of your next objective. This tutorial quest sets you off on your adventure. It’s as basic as you can get, and although the games text boxes are accompanied by voice actors, I could not click through it fast enough.

Because this MMO is so children orientated, everything has been simplified. The game can be played with the mouse alone, with multiple functions being allocated to the same buttons. Left click moves players, attacks and builds LEGO structures. It’s all contextual, but there are occasions where the game struggles to build some objects, often getting confused with the generous hitboxes that nearly all objects in the world have. 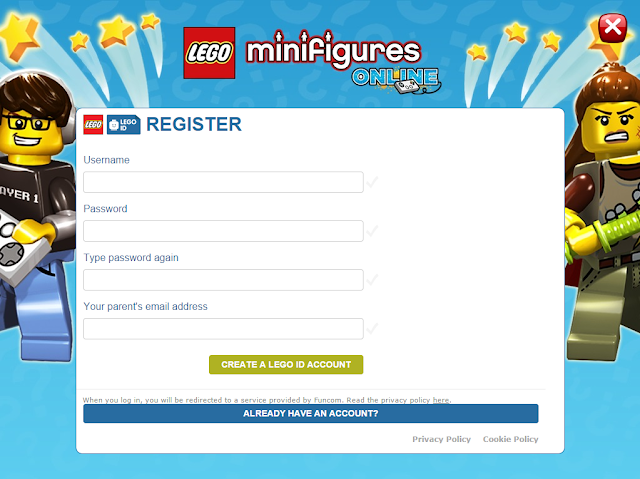 Worse, for an MMO, there is a lack of players to interactive with and means to communicate with them, both critical to the actual MMO experience. You can add people to your friends list, but first you must exchange friend codes, just like you used to on the Nintendo Wii, and we all remember that to be almost as painful as stepping on a rogue lego brick lying around your home. Oh, and you can’t share those friend codes in the in-game chat. Woohoo, communication! Sure I’m being hard on LEGO Minifigures here, but if you’re going to build an MMO, then you should, you know, allow people to communicate.

It’s saving grace, if you can even call it that, is the combat. All figurines, which are collectable, mostly from completing quests, have a basic attack and a special attack. My favourite is the pizza delivery guy, who has an endless supply of pizzas to throw at his LEGO foes, and an barrage of topping as his special attack. There is a lot of creativity with these figurines and the is the option for players to customise how they play with them. All are upgradeable through the collectable stars that are found from demolishing build objects, like creates and barrels, but the game is a child’s game, so the difficulty is pitched low, and upgrades are more for fun than function.

For a game which falls back on its combat to create something that’s fun, it’s a shame that is very repetitive. I did say earlier that repetitiveness in LEGO games can be enjoyable, but that’s when there’s some context to it all that help at least distract away from the formula. I happily played through LEGO Star Wars and LEGO Harry Potter because I was a fan of the respective franchises so I was able to appreciate the settings and cutscenes. It didn’t matter that there wasn’t a lot of skill involved, because in working through the levels I knew I was progressing through films and settings that I love. 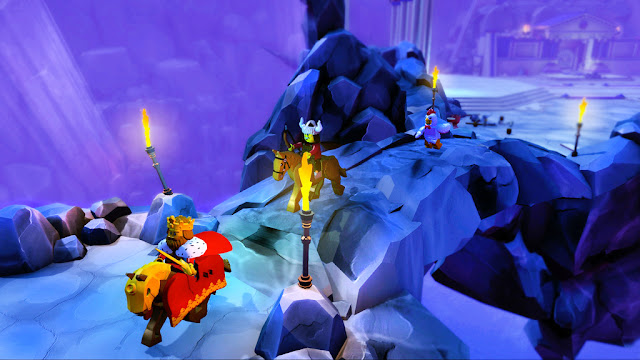 But here, there’s nothing for me. Obviously I’m not the target audience, and sure there might be some kids that get a kick out of collecting figurines that resemble wizards and hot dog men, but I like to think the developer should have given a bit more credit to the target audience. The other LEGO games all manage to be child-friendly without being insulting to everyone else in the process.