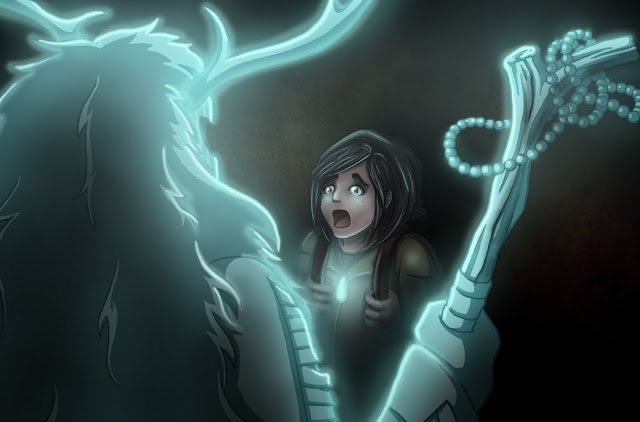 Whispering Willows is one of the most creative games I’ve played in years. The reason I believe this is because during my playtime, I have been reminded of Resident Evil, Ghost Trick: Phantom Detective, Telltale Adventure games, Lone Survivor, and Maniac Mansion, and somehow it all fits into this wonderful downloadable package on the PlayStation 4.

The best way to describe Whispering Willows’ unique gameplay style is to envision a 2D platforming version of a Telltale Adventure game. Where in the past we were used to having a pointer on screen that directed the characters where to go, we now find ourselves directly moving Elena (our protagonist) to the desired object for interaction purposes. Elena wanders around the various settings, climbing ladders and going through doorways on her 2D plane much like Lone Survivor, finding objects and keys that help her get into new areas and find out the whereabouts of her missing father. This method works well in Whispering Willows, as it keeps the pace rather slow, while at the same time keeps the suspense up.

Mashing too many different games together into the one package might sound ripe to turn a game into a unfocused mess, but it really works here. And the developers have done well to make this feel like a horror story. Add to this the beautiful hand drawn animations and haunting landscapes, as well as the music that plays very softly In the background, and I found myself terrified for Elena on more than one occasion. 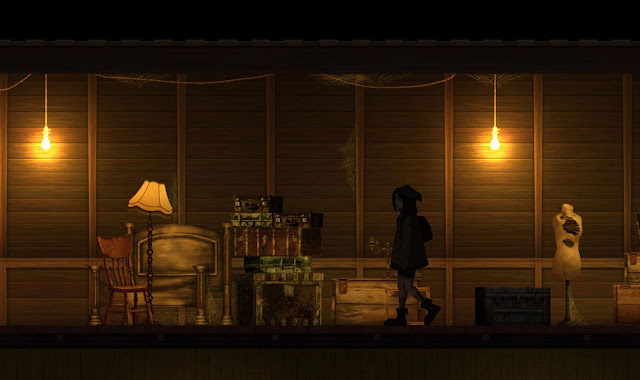 The narrative is driven by Elena, her diary, the ghosts haunting the mansion, and the notes she finds on her quest. As she walks past objects in the catacombs at the beginning of the game, she asks questions of her environment as she interacts with it, ‘Are… those claw marks?’, ‘The door is locked, it is covered in blood’, these small sentences from Elena do a great job of setting the scene, and gives the feeling that something terrible can happen at any moment. The notes Elena finds around the game tell a story in itself about the history of the mansion and those who lived in and around it, and get progressively darker as more are found. Elena also has an amulet that gives her the ability to let her spirit out of her body to interact with other spirits around the mansion (many of whom look to have met an untimely end), and enables Elena to possess certain objects such as drawers and switches so that Elena’s mortal form can continue on with the quest. It is a pity that the story ends almost soon after it begins, and most of the time I spent with the game was reading the notes (which isn’t a bad thing, they are expertly written). The whole experiences was over in less than four hours, leaving me wanting more puzzles to solve.

As a helpful tool, Elena’s amulet glows when something spiritual is nearby. The amulet glows different colours depending upon whether the spirit nearby is friendly or dangerous. Sometimes Elena was stuck with nothing to do, and it wasn’t until she walked by the garden with her pendant glowing blue that she was able to release her spirit so that she could interact with another spirit that gave the next clue on what to do in the game. The first time the pendant glowed red was an intense moment, thankfully (without spoiling) the game eases Elena into how that works. The second time however, was the absolute deep end, and I was thankful that Elena found the ability to run at this point.

Whispering Willows is a scary, scary game in a beautiful, beautiful world. The hand drawn, Legend of Korra style artwork is only a façade to the darkness that lies within, and is stripped down by the notes, diary entries and running commentary by Elena. Whispering Willows is a beautiful game, only marred by the short time it takes to finish, and when that is your only issue, I can still highly recommend it.