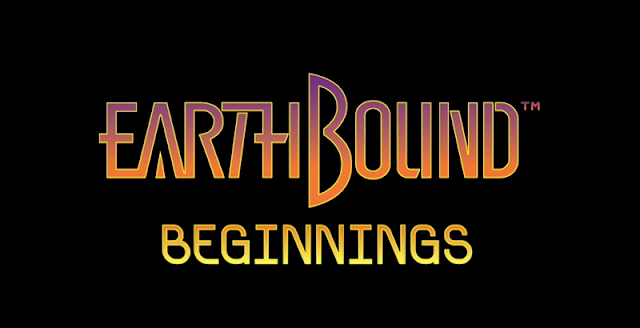 For some, today is but a lazy Sunday before E3 madness kicks into full force with its slew of conferences. For a devout few, though, it’s a miraculous day tear-jerking celebrations over twenty years in the making.

EarthBound, Nintendo’s cult-classic JRPG for the Super Nintendo (the game that introduced Ness of Super Smash Bros. fame) has been hanging around on the Wii U eShop for a couple years now, but a number of casual fans aren’t aware that it’s actually the second of three releases fathered by Japanese icon Shigesato Itoi. Over two decades since EarthBound came out in North America, the first of these games is finally going to be available in English.

One of Nintendo’s less prolific properties to be sure, the EarthBound franchise (or Mother as it is known in its *ahem* motherland) has seen a rather spread out release schedule between its three games (1989, 1995, and 2006). While an enduring property to local audiences in spite of these infrequent releases, the series has sadly harboured a chequered past as far as localisations are concerned.

The original game simply called “Mother” was actually intended to be released for the NES under the banner of “EarthBound” many moons ago. These intentions were so strong, in fact, that the game was completely translated into English, but after various circumstances kept it from seeing the light of day, its moniker was transplanted to the Super Nintendo’s Mother 2 (which we know as EarthBound). After Mother 2 flopped in the west, the reluctance to release the Game Boy Advance follow-up, Mother 3 (or EarthBound 2), was understandable and the franchise has evaded worldwide audiences since. I’m barely scraping the surface here (and neglecting to mention the sheer devotion of fans), but the original Mother’s history is one well worth researching.

And the latest page in Mother’s history has just been penned. As of today, you’ll be able to download the “original” NES game in all its 8-bit glory. Now branded as “EarthBound Beginnings”, the 26 year old game is finally available for legal purchase in English (rather than dubious reproduction cartridges ripped from the leaked prototype of Mother 1) on the comfort of your Wii U Game Pad.

As EarthBound’s forefather, Beginnings should be familiar material. A young boy journeys across an American landscape recruiting the likes of a geek and psychic lass in his effort defeat an alien menace. It’s quite a bit more complex than that obviously, more serving as a coming of age narrative like its sequel. It’s also one of the more advanced NES titles out there as well, boasting a large, colourful overworld with an impressive list of tunes. The big mystery on our hands will be seeing whether Beginnings features a brand-new script, an altered one, or a mere revival of the 1990s prototype’s dialogue.

Between E3 hype building, the release of Mother 3’s protagonist, Lucas, as DLC in Smash Bros., and EarthBound’s recent anniversary, you couldn’t ask for a more fitting day for Beginnings to rear its head.

EarthBound 2 by 2017, please? In the meantime, enjoy a lovably cheesy vocal ditty from EarthBound Beginnings by Catherine Warwick.

E3 has not even started, and Nintendo’s made its first E3 announcement