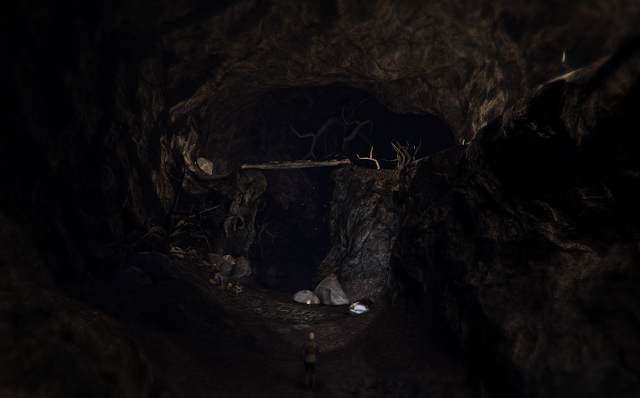 Through the Woods is an upcoming psychological horror game developed by Antagonist, combining elements of Nordic folk tales, family drama and scary looking trees. You play as a mother claiming that her son had been taken by a supernatural being named Old Erik, recounting her story to a detective who clearly doesn’t believe her story and thinks that something else is afoot. The main game is set on a mysterious island in the middle of a lake, where the protagonist claims that evil forces stake claim over the forest there.

Indie studio Antagonist introduces itself as a studio that places a lot of effort into its stories, viewing games as an artistic medium to convey meaning. Through the Woods is shaping up to be a wordier game compared to most others in the horror genre, since the main character is always in dialogue with an interrogator as she narrates her experiences. While the dialogue is somewhat unrealistic at times, the overarching story delves into themes of family conflict and neglect, and the horrors which arise from those situations. There are also no conventional monsters in the game, so to speak, but instead Antagonist draws upon Norse legends and folk tales, aiming to create a unique vibe rather than assailing the player with the standard enemies present in the horror genre.

The demo that I played is short, with a heavy focus on atmosphere and set-piece design. Even though you are always in conversation with the detective as you wander through the island, the forest certainly creates a sense of loneliness and vulnerability for the player. Perhaps it’s a combination of the darkness, the fog and the sound effects, or perhaps it’s the untrustworthiness of the detective’s voice: Through the Woods is a game which makes you feel alone and helpless. The environments are quite varied, ranging from the forest to abandoned villages to a hollowed out cavern. Each are designed meticulously to tell a story visually, and there’s a few design tricks used to really unsettle the player as they walk through the game’s environments. 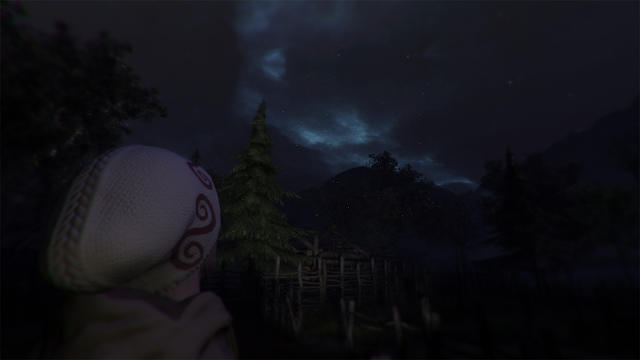 So the atmosphere is so far so good, but what of the game’s actual scare factor? I actually left a little disappointed at the demo as there weren’t many moments that actually capitalised on the brooding atmosphere and made me jump in fright. Towards the end there is a chase scene with a monster, and it’s unfortunate because the slow over-the-shoulder camera prevents you from actually seeing what’s chasing you. The camera is reminiscent of games like Resident Evil from 4 onwards and The Evil Within, but those games force you to look at the monster and clearly inform you “if this gets to you before you shoot it, you are dead”. But with Through the Woods, you have no weapon to defend yourself and running away doesn’t feel quite as satisfying with this perspective.

The first time I played through the demo, I didn’t even realise there was a monster. The second time, I took a detour path and got killed before I got a good look at it. And on the third, I shined my torch in its face (and its model is quite excellent, I must add) but it runs twice as fast as I did and it caught up to me before I reached safety. I tried many more times to create the scenario I think the developers intended, which was to see the monster and then successfully run to safety, but it proved unnecessarily difficult and I imagine most players would just take the path which didn’t walk by the monster and wind up in the next part of the game unstartled.

One element which makes Through the Woods’s premise so enchanting is the presence of modernity in the game’s design. The main character is in dialogue with a detective, relating her experiences of the supernatural to a person whose entire profession is devoted to reason. It’s naturally scary to think that there are terrors lurking outside the realm of human imagination, and it’s only worse when trying to explain them to someone who clearly has no chance of believing you. Old Erik’s existence from the beginning of time is a direct challenge to our modern tendencies to categorise, learn and understand. He has eluded the scrutiny of forensics and reason – he is the exact unknown which we fear in the back of our minds. This notion adds so much power to the psychological horror of the narrative, and I can only hope that the developers proceed to dive into the lore of Norse mythology and this conflict between ancient and modern knowledge to conjure up the player’s intrinsic fears. 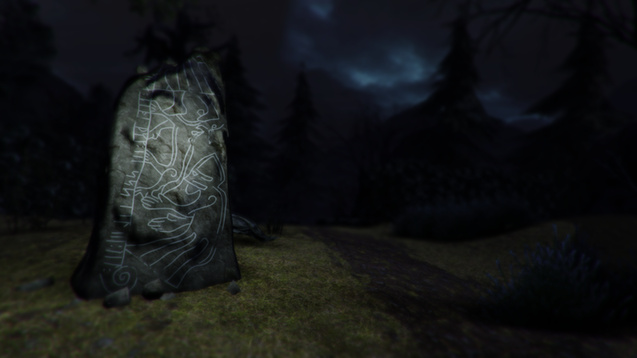 So to sum up, Through the Woods does certainly show its promise. The use of Norse mythology and folk tales immediately gives it a unique edge which sets it aside from other games of its ilk, and the narrative weaving family drama and modernity into its horror makes it feel fresh and bold. Through the Woods is scary from a mental point of view – it doesn’t go at you head on with monsters and jump scares, but rather constantly asks questions to probe the your mind and make you feel exposed. If Antagonist can construct the mechanics necessary to effectively convey the story, then Through the Woods could certainly live up to be a terrifyingly memorable experience.