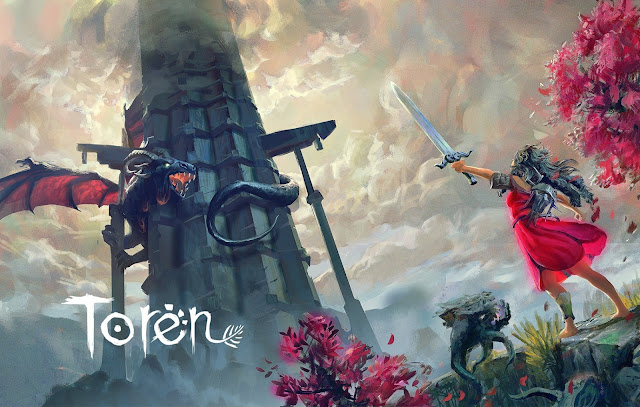 A couple of weeks ago, I reviewed Toren, a new, independent game from Brazil, and I was completely blown away by it. It’s the kind of arthouse game that very much speaks to me, and is part of a growing body of evidence that game developers from all over the world are finding opportunities to build something where meaning comes before form, and that it’s okay to take risks with the way storytelling and gameplay can interact.

Perhaps most interesting of all, however, is that the game was an attempt to take the style and structure of poetry, and turn it into an interactive poem. We’ve seen games that have drawn influence from poetry in the past (for example, Child of Light), but rarely have we seen a developer try and make the interactivity itself poetic is style.

I had a chance to chat with the Toren’s Producer, Vitor Severo Leães from Swordtales, and it’s perhaps not surprising that he and his team thought very deeply about this game, from concept right through to execution. As Leães notes, Toren is very much an example of what independent developers can now achieved, unburdened of the need to shift millions of units or appeal to the mainstream. We had a chat about some of the (many and varied) influences on Toren, some of the storytelling goals that the team set out to achieve, art and games, and the opportunities that indies enjoy to explore their creativity.

It’s also interesting to note that this game was developed with support for the Brazillian government. According to Leães, Brazil is developing a vibrant games industry, and it’s something the government has noticed and has been keen to help grow as both creative medium and commercial opportunity. It’s a fascinating contrast to the Australian Government, which seems committed to do everything it can to participate in the destruction of the local industry. In games like Toren, and last year’s Never Alone, videogames are a powerful way of representing culture, and it’s disappointing that the conservative LNP of Australia is scoffing at the very idea of teaching coding to children, much less using games as a way of reaching out to native Aboriginal people, providing opportunities for young creatives, and investing in an arts industry that is destined to be as culturally valuable on a global scale as film is (another industry that successive Australian governments have failed to adequately support).

The full interview with Leães below:

Digitally Downloaded (DD): Congratulations on the game! I found it to be a beautiful, emotive experience. Where did the inspiration come from for it?

Vitor Severo Leães (VL): Thank you very much! I’m glad you liked it. Toren is a mix of ideas that came from a lot of different places. We made a salad using the Kabbalah, Occult Sciences, The Babel Tower from the Bible, The Tree of Life, the Ouroboros concept, ancient cultures and his veneration for the Sun and the Moon as deities… all these references just to tell a story of a girl climbing a tree.

DD: Structuring the game as a poem must have required a different approach to storytelling. What would you say was the most challenging thing in recreating a poetic form of storytelling in interactive form?
VL: This is one of the greatest challenges we had. I’m saying this because making a ‘poetic storyline’ affects all the environment and the game events, instead of just the writing style. The player ‘plays metaphors’ all the through the game, and especially at the dream levels. We knew that this approach may cause some unfavorable criticism, and weirdness for the most literal players, but this is the core of the game, this is the soul of Toren.

DD: The visual design of the game was also truly inspired. Where did the art direction come from?
VL: Our Art Director, Alessandro, has his unique style, but his main references are the games from Team ICO, the animations from Studio Ghibli and dark fantasy stories such as The Pan’s Labyrinth from Del Toro.

DD: I must admit that I don’t know as much about Brazillian culture as I would like to. What kind of cultural themes did you work into the game that perhaps those less familiar with your culture might miss?
VL: We didn’t make any specific references about the Brazilian folklore. We didn’t use any Brazilian mythological creatures, but Toren has the major Brazilian cultural characteristic in its essence: the syncretism, the blending of different cultures and religions from all over the world. Here in Brazil it’s common for people to blend with different culture; for example it’s common to see interracial couples and people praying for the Catholic saints, making rites from the African religions, drinking tea of the Indian ancient tribes and believing in reincarnation. 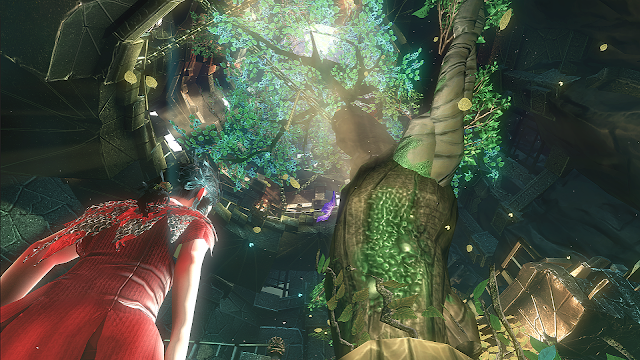 DD: One of the great things about poetry is that it is very much up for interpretation. I’ve see reviews laud Toren for its existential and feminist themes, but what I found most compelling about it was the coming of age metaphors that were through it. But as the creators what themes were most important to you as you were building the narrative?
VL: The life cycle and aging. The human characteristic of getting stronger, adapt and overcome obstacles and pass the legacy to other generations, these are the main themes in Toren. We created a female character for a very simple reason: there are too many male main characters in the gaming industry. When we started making Toren, the feminism in games wasn’t a highlighted subject as it is nowadays. But we believe when there is too many similar main characters in games, the gamer loses his chance of having a different experience. We created Toren’s background story based on the representations of male/female from ancient cultures: The Sun was a common god in patriarchal societies, focused in war, expansionism and cultural dominance. The Moon was the main deity for the matriarchal societies, focused on agriculture, prosperity and protectionism.

DD: It must be frustrating that the vision that you’ve worked on has been overlooked by some critics, who have instead focused on some technical issues and the way it doesn’t play like a traditional game. What are your thoughts on the “arthouse” games industry – do you think the industry is getting closer to the point where games can be lauded for being arthouse, even if, like with arthouse films, they break with the mainstream conventions?
VL: We were surprised with all these technical issues during the launch. But we are still giving support and working hard on updates to improve the game experience. About your question, I’m not very familiar with this term ‘arthouse’. We aren’t trying to make ‘art’. We never had this intention with Toren. We only wanted to make a game we’d like to play. Is this art? In my opinion, this is the major difference between mainstream and indie: the mainstream industry makes games that players want to play based on the market analysis and the indies make the games that themselves want to play, based on their heart. But this is very romantic, we need to face one very important thing: the bills to pay every month. So the ‘arthouse’ games still need to balance both aspects and make games for the players and with their heart.

DD: Brazil is still very much an emerging market for games, but what is the development scene like?
VL: There is a lot of other very good Brazilian games attracting gamers around the world. We are just one more studio in the middle of a very good harvest of developers.

DD: It seems like the Brazilian Government is interested in supporting the industry. How did the Government funding come about, and do you think more local developers will benefit from the same kind of support you did in the future?
VL: The Brazilian Government started to give some attention and support to our development scene, this happened because before us a lot of pioneers started to make the foundations of our industry. This type of help is not the only way to leverage the Brazilian game development market, it’s only one opportunity in the middle of a lot of different possibilities. 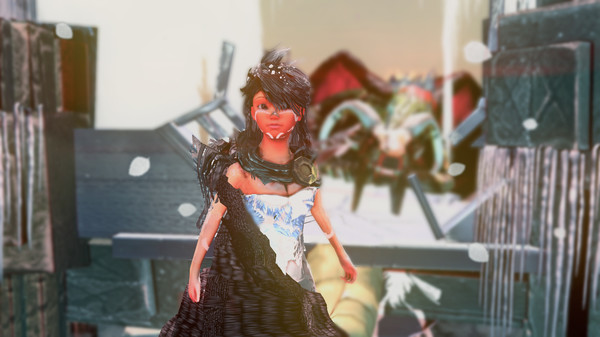 DD: What are some of your team’s future plans? Do you have more games in mind?
VL: We are working on a smaller project now. We’ve been keeping in the drawer all the good ideas that we had because Toren took all of our time in the last years. Now, we want to give vent to all those accumulated ideas.

DD: Finally, what are some of your personal favourite games, and why?
VL: My favorite types of games are strategy games, RPGs and adventure title. When I was young, I used to play a lot of Sid Meier’s games, JRPGs and all the Lucas Arts adventure games. Nowadays, I don’t have time to play strategy games and RPGs, so I’m focused on this “new age” of adventure games with short and intense stories: The games from Telltale, Kentucky Route Zero, Gods Will Be Watching… To supply my need for RPG/ strategy games, I’ve been playing a lot of roguelikes on my tablet such as Out There and FTL. In fact, I’ve been playing much more on my tablet rather than my console, because last year I brought my TV to the office to plug in the PS4 development kit!