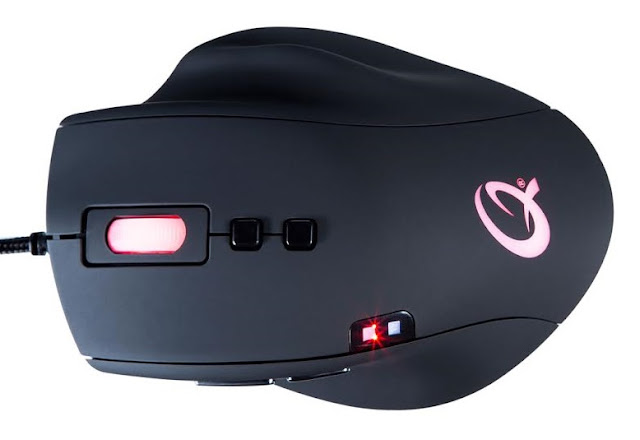 QPAD’s founder is called Mr Mouse. I assume that this is a nickname, rather than a name he inherited, as the latter would have shown extraordinary foresight on the part of his ancestors. And, in a curious coincidence, it seems that Mr Mouse is very good at making mice. Who would have guessed it?

We’ve reviewed a few products from Swedish company QPAD in the past, and they’ve always impressed with their minimalist design and no-nonsense functionality. However, the 8K Pro Gaming Mouse is striking, even by these already-high standards. It’s one of the few gaming mice that I find difficult to fault.

QPAD set the tone nicely from the start. This is a rodent that travels in style. The sturdy cardboard packaging is fully laden with cushiony foam, a padded travel pouch, and a congratulatory note from Mr Mouse himself. Out of the box, it’s more of the same. The 8K features everything you’d expect from a quality mouse: braided cable, Omron switches, customisable lighting, a gold-plated USB connector and a pleasant non-slip coating. However, those are just the basics. It’s the shape that really sets this mouse apart. 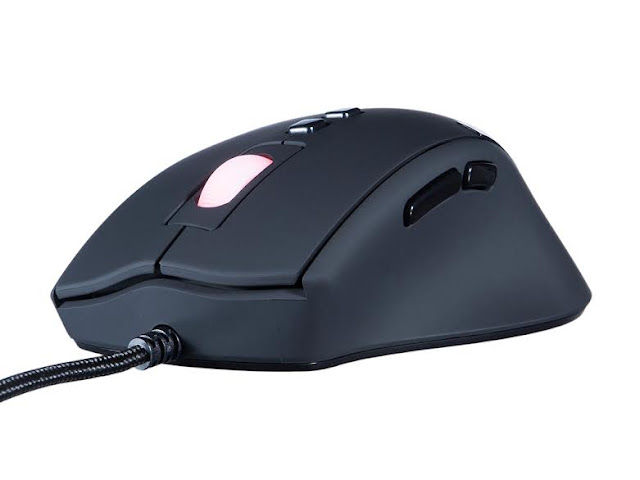 The pictures should be enough to tell you that the 8K is a chunky piece of plastic. It’s a mouse designed for those who like to rest their palms on the chassis, so it’s fairly tall with a moderately pronounced bump at the centre. It’s also wide. The right-handed ergonomic styling features a well-designed thumb rest together with dedicated supports for pinky and ring fingers. And, surprisingly, all of this weighs in at a mere 111g. It takes a while to get used to the five-finger grip but, after a few hours, the combination of light weight and finger support add up to a mouse that’s both responsive and comfortable.

Inside, the 8K features an Avago 9800 laser sensor that’s capable of 8200 counts-per-inch. The mouse driver lets you store up to three custom CPI settings for on-the-fly adjustments and, although I found that I had to use sensitivity values quite a bit higher than I’d expect to, the mouse tracked admirably on all the mousepads I threw at it. Additionally, the sensor is highly accurate. My standard quick-and-dirty test is to draw a few lines in MS-Paint and see how smoothly they come out; here, they looked fantastic, even at very high settings.

QPAD’s software is also worth a mention. All too often, good hardware is let down by an average driver package. That’s not the case here. QPAD’s software is powerful and (reasonably) intuitive, letting you adjust everything from angle snapping to lift-off distance and surface calibration. Macro recording is straightforward, and up to five custom profiles can be uploaded to the mouse’s onboard processor. It’s also possible to illuminate the mouse wheel and QPAD logo in any of 16.7 million colours, although it helps if you like pastel shades, as none of them are particularly vivid. 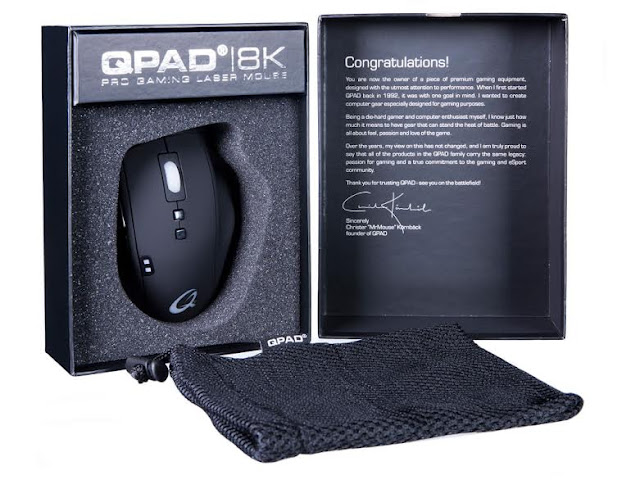 It may be difficult to find fault with the QPAD 8K, but finding fault is my job, so I’ll try. The side buttons, for instance, feature normal switches rather than industry-leading Omron units. As a result, they’re okay and nothing more. The same goes for the mousewheel, which is unremarkable. After that, it’s down to personal preference. I liked the lightweight chassis, but many palm-grippers prefer a heavier mouse, so some form of weight adjustability would have been nice. Equally, I found the 8K’s length a smidgen too short for my freakishly large hands. This won’t be a problem for most people, but my fellow giants might want to consider a length-adjustable mouse instead.

Three cheers, then, for the aptly-named Mr Mouse. There’s no shortage of quality mice on the market, and some cheaper alternatives use substantially similar components to the 8K, but QPAD’s sense of style and quality has once again produced a very pleasing product. If you use a palm grip, and your hands are of normal everyday proportions, then the QPAD 8K laser gaming mouse is an excellent choice.

From the mind behind Katamari Damacy comes Wattom, due 2016