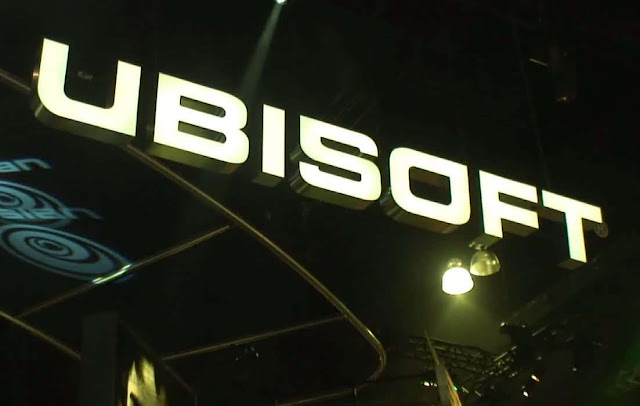 Assassin’s Creed, Tom Clancy and more! Ubisoft’s EA conference will be filled with blockbusters, and, we hope, perhaps one or two little surprises to show us that it maintains that spirit of creativity that gave us games like Child of Light and Valiant Hearts.

Our full summary of the show below, for anyone who missed it (or was recovering after the Microsoft and EA shows earlier). What did you think of this one? Be sure to let us know in the comments!

First up Ubisoft has a new South Park RPG to announce. Self referential humour and offensive jokes abound in the trailer, as you’d expect for South Park. It’s subtitled, The Fractured But Whole.

It’s being developed by Ubisoft San Francisco, so it’s being looked after by a different team than its predecessor.

There was no release date announced, so it’s likely to be very, very early in development. Expect to hear a lot more about it over the next year or so.

Ubisoft wanted to show off a new IP early on. First look is of guys in armour taking on vikings. So that’s a good start. Looks like a multiplayer combat game about medieval warfare. Like Chivalry.

It’s called For Honor (it’s actually spelled “Honour”, Ubisoft. You’re European, not American, and the development team looking after this game is Canadian. Again, not American).

And I was right about my initial impressions of it. It’s a multiplayer medieval combat game. This is what passed for innovation with new IPs I guess. Blood and guts and stuff, of course. Looks like it’s got a counter-heavy combat system. Multiplayer-only.

The Crew: Wild Run is a new DLC pack for the original game.

And… that’s it. Don’t know much more about that one.

It’s a new DLC for Trials Fusion. It’s a cat with a golden gun riding a unicorn breathing fire.

No seriously. That’s the trailer.

For the third year The Division is at e3. It’s still an online action RPG in an open world.

This year we get to see the “Dark Zone.” “We want you to experience the tension, fear and paranoia of playing in a place where you can trust no-one.”

Ubisoft continues to do these “team-based communication” voice overs for their gameplay videos, like people actually talk like this while they’re playing. Guys, the typical geek that you get matched with for a multiplayer game is not a SWAT operative.

Otherwise we’re not actually seeing anything here that we haven’t seen in previous games. People shooting one another and getting “sweet loots.”

It’s apparently possible to betray your teammates in this Dark Zone mode. Because that won’t be abused to hell immediately.

We’re taking to space in the latest Anno game, with a trailer showing us colonising the moon. A natural progression for the city builder franchise, to be sure. You won’t start on the moon, you’ll need to earn your way there, but that’s the clear focus of this new game.

After a couple of Free-to-Play nonsense games it’s good to see a proper Anno in the works again.

Just Dance’s annual release is next in line. It’s the biggest music video franchise of all time, according to Ubisoft.

You can use your phone to play the game this time around. It can replace the camera you’d otherwise need on a console (in case you don’t have Kinect or a PlayStation Move, for example).

Jason Derulo did a performance and he was terrible. How the hell did that music track get to #1 on the charts?

October release for all consoles. Last gen too. But if you buy PS4, Xbox One or Wii U versions then you also can use a streaming service subscription service. That’s actually a pretty cool feature for fans.

The live demo also shows how players can blow holes in walls and then use them as vantage points for strategy and so on. The environments are fully destructible, which will open up a range of different approaches to tackle the various missions.

But again, people do not talk like this when playing games online. Ubisoft is suggesting an experience in Rainbow Siege that just won’t be the reality for most players.

Beta starts September 24st (I think, the lady’s accent doing the presentation is quite thick).

Trackmania Turbo is coming to console! Complete with all the customisable maps. This little arcade racer looks ace, and it even has four player split screen racing for local multiplayer action (that’s pretty rare these days!)

There are 200 tracks in the game package itself. And that’s before you even get into the randomised track-building mode. It’s like a racing roguelike.

There’s also a VR version coming, it seems, with Ubisoft demoing it at E3 for attendees.

It had to be the one Ubisoft finished on, of course. Assassin’s Creed goes to Victorian England, and this is one of the most promising looking games in the series to date.

Hopefully you get to take on Jack the Ripper. The accents suggest Whitechappel, which suggests that this may well happen.

Of course the trailer shows off all the action and stuff, including a horse-drawn carriage taking a dive over a bridge. This isn’t what’s exciting about an Assassin’s Creed game (it’s the history that’s interesting), but no doubt we won’t hear much about that today.

Surprisingly, other than the trailer, there wasn’t much else said about the game.

Finally, Ubisoft had a new game to show off. Another game about shooting stuff in what looks like an open world. Lots of gun fights, blood, angry-looking men beating one another senseless. Some dude has a tattoo of a skull on his bald head.

Oh, and a torture scene. Because that’s cool fun, right? I hate to sound like a broken record, but it would be nice if the games industry could learn a different tone for just some of its AAA-blockbusters.

Anyway, no other details or release dates about this one. It’s probably got a long way to go in development yet.