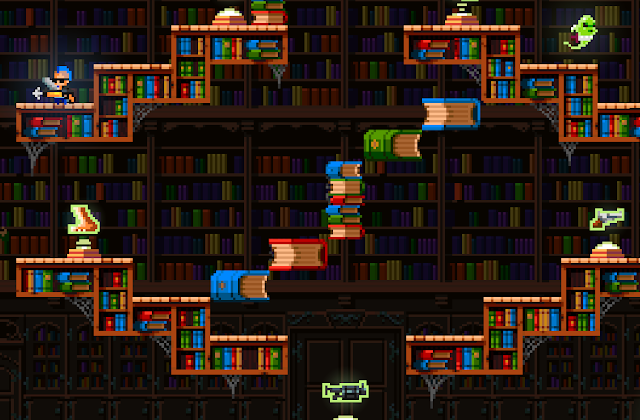 Independent publisher, Ripstone, in collaboration with Golden Ruby Games, has announced Extreme Exorcism, a manic 2D platformer/ party game, for the PlayStation 3 and Wii U.

The game had already been announced for the PC, PlayStation 4 and Xbox One, but now a wider range of players will be able to access and enjoy the game. I’m especially interested to see that the team has worked hard to add the PlayStation 3 to the lineup… perhaps in recognition that the console is finally reaching the point where new games of any kind are able to stand out and be something new to play for people who haven’t upgraded to the PS4 yet.
But I digress. This game looks like it’ll be a lot of retro fun, in the vein of Rogue Legacy and Towerfall Ascension, and the focus looks to be firmly on the multiplayer experience.
A full press release and trailer below. Enjoy, and for Wii U fans it’s good to see the independent developers and publishers still working to support the console!

Not for the faint hearted, Extreme Exorcism is an arena platformer where every move you make comes back to haunt you.

Take on the role of Extreme Exorcist Mae Barrons – whose unconventional supernatural skills are called upon when everything and everyone else has failed to rid a haunted house of its ghostly presence.

Mae’s methods are a little extreme but she’s not dealing with your average poltergeists. She’s armed with a lethal arsenal of over 20 ghost-busting weapons including; swords, guns, grenades, mines, rocket launchers, razor-sharp boomerangs, lightning spells and Kung-Fu moves, and more.

Each time a ghost is eliminated, another will appear to mimic your every move – so tread carefully, or prepare to reap what you sow. In Extreme Exorcism you’re your own worst enemy. The longer you survive, the more extreme the game becomes.

With 50 challenges, a single player story mode and local multiplayer with up to 4 players, including both co-op and deathmatch modes – there’s plenty on offer for any potential ghost hunters on Wii U and PS3. Players can also look forward to customising games and creating their own rule sets to encourage even more extreme gameplay.